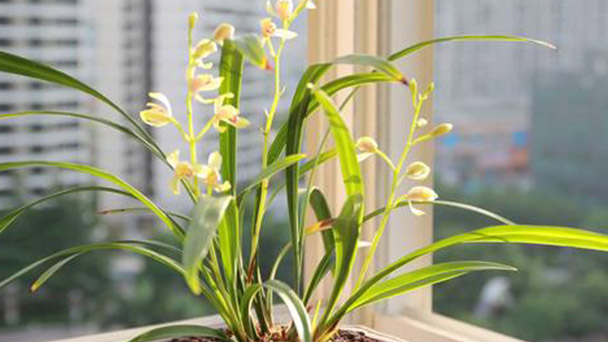 The Chinese people have always regarded the orchid as a symbol of elegance and nobleness, and it is called "four gentlemen" together with "plum, bamboo and chrysanthemum". Orchid design and color is quietly elegant, aroma is full-bodied, clear and not cloudy, alleged a basin is in the room. So how to care for orchids if leaves have black spots or white spots? Here are some caring tips for growing orchids. 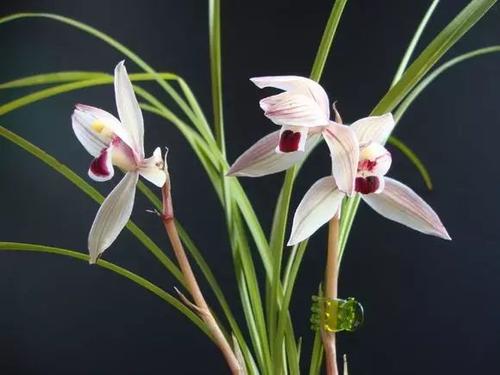 How to care for orchid leaves having black spots

There is black spot on the leaf of an orchid, the possibility is that the Orchid got black spot disease, basically to conserve unduly. After the orchid got black spot, the diseased leaves should be cut off and burned centrally. After pruning sick leaves, if the disease is early, can give orchid spraying carbendazim or chloro dynastic agent, if late, can give orchid spraying methyl topsin or Bordeaux liquid agent. The following are details of how to care for orchid leaves having black spots.

Black spot disease is a common disease of orchids, also known as round spot disease, is mostly caused by bacterial infection. During the growing period, excessive watering and fertilization, too much light or too high concentration of medicine, orchid root damage, poor growth of branches and leaves, will get black spot.

In the early stages of the disease, the leaves will appear reddish brown spots. If you do not give orchid spray, late spot can enlarge gradually, color is blackened, still can make leaf dry hair charred. During the growing period, if the initial stage, the diseased leaves of Orchids need to be removed and burned, and then sprayed with bactericidal agents such as carbendazim or penicillins.

If in the late stage of the disease, cut off the sick leaves of orchids, and it can be sprayed to the orchid methyl topsin or Bordeaux liquid and other agents to inhibit. The medicine should be diluted with water according to the instructions. After dilution, the orchid can be sprayed once every 7 ~ 10 days. In the spray period, midway does not stop, and can reduce medicaments effect otherwise, spray 3 ~ 4 can eliminate black spot disease. 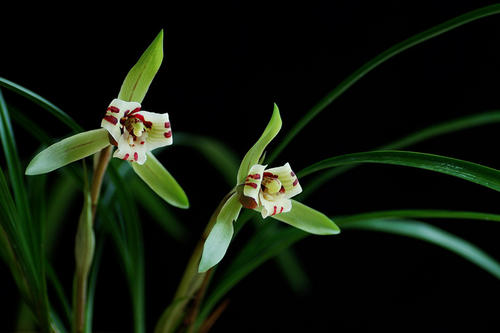 How to care for orchids leaves having white spots

The leaves of orchids have white spots, which may be caused by the emergence of scale insects in orchids, mainly due to improper maintenance or environment. During the growing period, scale insects are vulnerable to infestation due to the long-term close and stuffy environment. After orchids are invaded by scale insects, they need to trim the insect leaves, and then spray insecticides to them, and put them in a cool and ventilated place. Later, orchids can recover. The following are details of how to care for orchid leaves having white spots.

If orchids are invaded by scale insects, the insect leaves should be cut off and burned together to avoid the proliferation of insect eggs. Scale beetles are easy to be dealt with. After processing the leaf, it is available for orchids to be sprayed with carbendazim, molasses, molasses, etc. Molasses. Beta molasses. The insecticide was sprayed once for 7 ~ 10 days, and after 3 ~ 4 times of continuous spraying, the scale insects could be eliminated.

After giving orchid spray, can put the orchid in an indoor cool ventilated position to conserve. During the maintenance period, to the right amount of watering, keep the soil moist, conducive to the recovery of orchids. After eliminating all scale insects in the later period, orchids can be provided with sufficient light, water and fertilizer, which is conducive to the growth of orchids and can also enhance the ability of disease resistance and insect control of orchids.

Orchids are invaded by scale insects, which may be due to excessive watering or fertilization, or the environment is not ventilated. During the growing period, orchids should be kept in a cool and ventilated place so that they will not be harmed by insects. The growing period should often open a window, maintain indoor air circulation, give its spraying disinfectant on a regular basis, and can prevent diseases and insect pests. 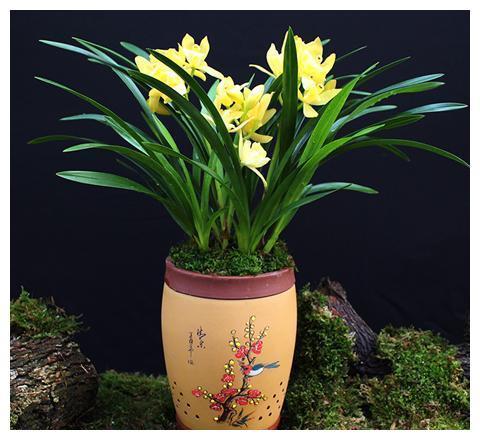