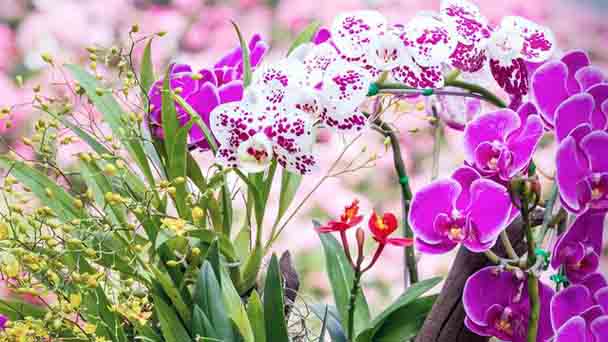 Orchid is a generic term for plants in the class of monocotyledons, orchids, epiphytic or terrestrial herb. The leaves of orchids are several to many, usually born on the base or lower node of the pseudobulb, in two rows, banded or rarely oblanceolate to narrowly elliptical, and the base generally has a broad sheath surrounding the pseudobulb with joints. The raceme has several or many flowers and the colors are white, pure white, white-green, yellow-green, pale yellow, pale yellowish brown, yellow, red, blue, and purple.

Orchid morphological characteristicsOrchid growth habit and growing environment and distributionOrchid efficacy and roleOrchid cultivationDivide basinFertilizeWatering
The orchids in the traditional Chinese famous flowers only refer to several species of ground orchids distributed in the Chinese orchid genus. This type of orchid is very different from tropical orchids with large and colorful flowers. There is no eye-catching beauty, no huge flowers, and leaves, but it has a simple and quiet, elegant, and clean temperament, which is in line with the aesthetic standards of the Oriental. There are more than a thousand years of cultivation history in China. 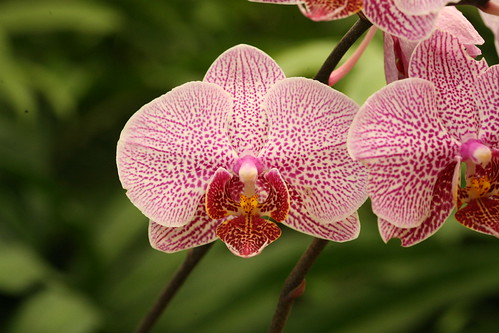 Orchids are one of the most beautiful flowers in the world
The scape of orchids grows laterally or from the base of the pseudobulb, erect, outwardly curved or drooping; racemes with several or many flowers, less regressed as single flowers; flower bracts are long or short, and do not fall during flowering. Large or medium-sized; sepals are separated from petals, somewhat similar. Orchids have a 3-lobed lip, and the base sometimes conjoins the stamen for 3-6 mm; the lateral lobes are erect, often around the stamen, and the middle lobes are generally outwardly curved. There are 2 longitudinal folds on the labial disc, usually extending from the base to the base of the middle lobes, sometimes the ends are enlarged or the middle part is broken, and they are less merged into one; the stamens are longer, often curved forward, with wings on both sides, ventral depression or sometimes short hairs, 2 pollen clusters with deep fissures, or 4 to form 2 pairs of unequal size, waxy, connected to a nearly triangular sticky disc with a short, elastic pollen cluster stalk. 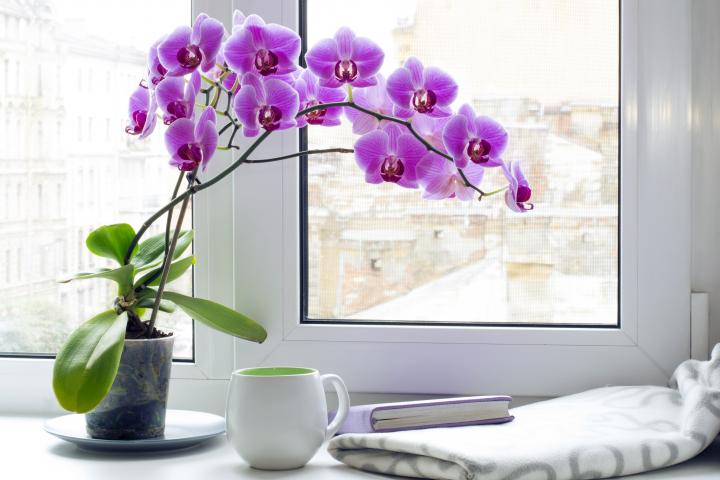 Orchids commonly seen are composed of the pedicel, receptacle, calyx, corolla, pistil group, and stamen group. Orchid is a peculiar flower, and its peculiarity lies in its unique flower structure. The peculiar structure of orchids is to adapt to insect pollination and has stamens, stamen beaks, pollen-masses and lip petals, etc. In addition, orchids are bilaterally symmetrical flowers, the base of the lip petals forms a sac and distance with nectaries and the number of stamens decreases. Ovary inferior, flower shape, size, and color are varied.

China has a vast territory, a complex ecological environment, and many types of vegetation. Therefore, orchid resources are very rich. They are distributed throughout the country, but the number of distribution decreases from south to north. The largest species of orchids in China are Yunnan, Sichuan, and Taiwan Province.
In addition to North China, Northeast China, and Ningxia, Qinghai, and Xinjiang in Northwest China, all provinces and regions in China have different species of orchids. Generally speaking, terrestrial orchids are born in temperate and subtropical regions, such as Jiangsu, Anhui, Henan, etc.; epiphytic orchids are born in tropical and subtropical regions, such as Guangdong, Fujian, and Taiwan. 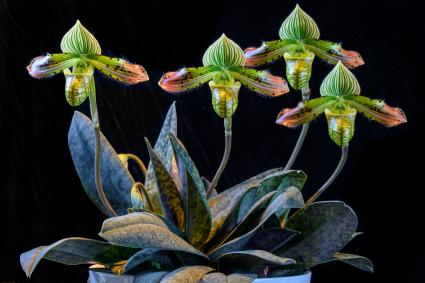 Orchid likes shade, afraid of direct sunlight; likes moist, avoid drying. Relatively speaking, it likes to be fertile and rich in humus; it is suitable for an environment with good air circulation.

Orchid is a flower with a unique style and its ornamental value is very high. The orchids are elegant in color, and most of them are green and yellow-green, but they are especially expensive. The aroma of orchids is clear but not turbid, with a pot in the room, full of fragrance. Some orchid flowers are dignified and beautiful, some are graceful and luxurious and full of change. Orchid leaves are bright green all year round, with both rigidity and softness, and graceful posture. Even if it is not in bloom, it is like living art.
If you use a few pots of orchids to decorate the room, the fragrance bursts on the day the flower blooms, it will make you feel alive and refreshed. 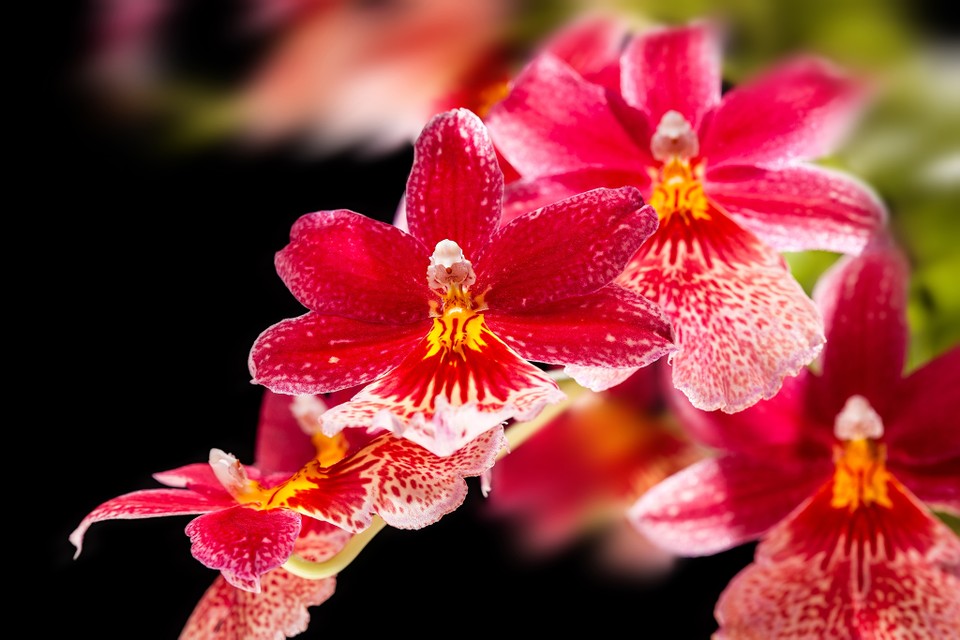 Divide the pots after they are full, usually once every 2 to 3 years, preferably from March to early April (Qiulan), or October to mid-November (Xialan, Chunlan). When dividing basins, the soil should be dry. If it is wet mud, it is inconvenient to operate, and it is easy to cause root breakage and injury. After the mother plant is turned out, gently remove the mud, wipe according to the natural plant division, trim the broken root and residual leaves, and pay attention not to touch the leaf buds and fleshy roots. Then wash the roots with clean water and put them in a cool place. When the roots are whitish and dry, they can be separated into pots. If the weather gets wet, you must first expose it to the sun for about 10 minutes to help the growth of orchids. 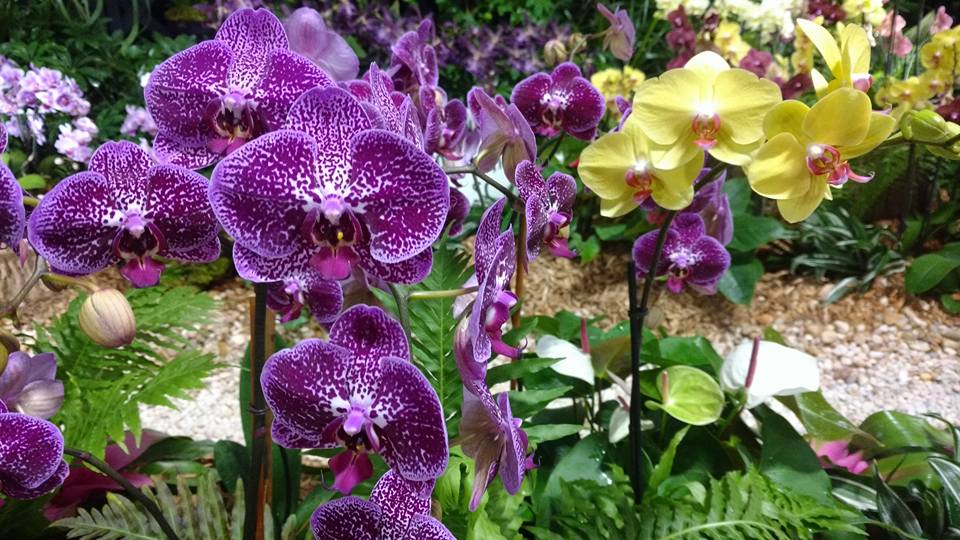 If there is too much fertilization in summer, autumn leaves will be prosperous, which often results in the poor blooming of spring leaves. If there is too little autumn fertilizer, it will affect the formation of underground flower buds at the turn of autumn and winter. For example, if there is too much nitrogen fertilizer and the leaves are too nutritious, the growth of leaves and flowers will be out of balance, and there will be no flowering or less flowering. Generally speaking, new leaf buds can be applied several times with a small amount of light fertilizer.

Waterless during the flowering period and the shoot leaf bud period. You should move back indoors during the rainy season, or set up a shed to cover the rain. Water in the early morning or evening in summer, not too much, the amount of water in autumn can be increased. In the dry season, spray every evening. When spraying, it should be sprayed upwards, so that the fog is fine, and even so that the leaf surface is moist, the ground is moist, and the air humidity is increased. Sometimes it is best to spray several times a day. Watering should be watered from the side of the basin. Although the water in winter can be greatly reduced, it is not non-watering. You’d better be careful not to let the potting soil dry out. The leaf sheaths are wet due to winter and early spring and watering. After drying, move them indoors to avoid rot.

Why Is My Orchid Stem Turning Yellow - How to Treat