How to care for your succulents 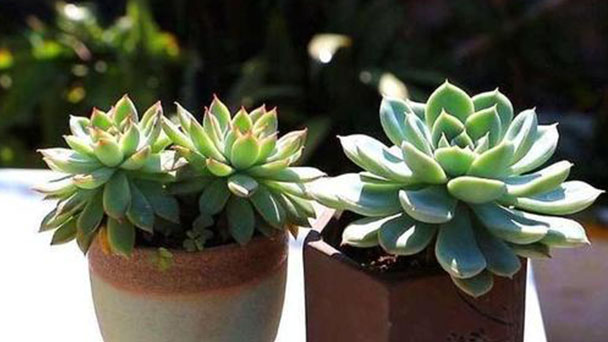 In botany, succulent plants, also known as succulents, are plants with parts that are thickened, fleshy, and engorged, usually to retain water in arid climates or soil conditions. How to care for your succulents if leaves having water or succulents having frosting? Here are some caring tips for you. 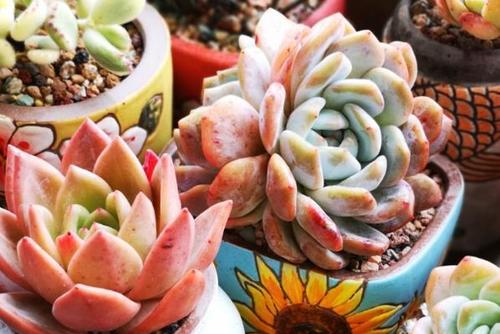 How to care for your succulents leaves having water

Treatment of leaved water from Succulents can reduce watering of succulents first to avoid pouring water on the leaves of Succulents and exposing Succulents to the high temperature for a long time. If the water is caused by black rot, buy a professional potion to treat it. The leaves of the water must be cleaned in time and can be cut with scissors to avoid cross infection.

The stomata of Succulents is closed during the day. If you pour too much water on its leaves, the water cannot evaporate. If it is exposed to high temperatures, its cell walls will burst, causing the water to melt.

2. Avoid succulents expose to the sun

Leaving Succulents out in the sun for a long time causes their roots and leaves to melt water easily, so move them to a cool, well-ventilated place to avoid sun exposure, and then care to expose them to mild astigmatism so that succulents' leaves don't melt.

3. Spray the drug for succulents

Succulents are susceptible to black rot, and succulents who have black rot will melt the water. The leaves near the root start to melt, and then spread to the entire plant. If succulents have black rot, it's a good idea to go to a plant store and buy a professional remedy.

4. Timely cleaning up for succulents

Succulents need to be cleaned up after they've been watered so that they don't grow on succulents, or they can spread throughout the plant. Use scissors to cut off the leaves, place the entire succulents in a shade, and replace them with a new pot of soil to keep the soil moist when they're dry. 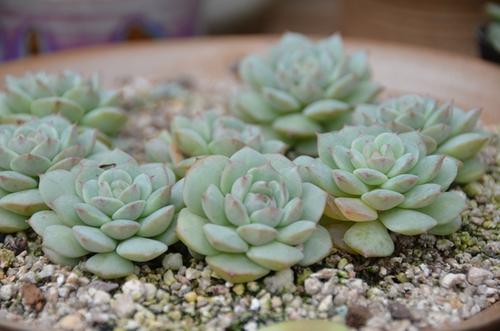 How to care for your succulents having frosting

A layer of frosting on succulents may be a natural phenomenon that occurs during the growth of Succulents. Such frosting does no harm to Succulents and should not be treated. However, if succulents suffer from powdery mildew causing frosting, attention should be paid.

Many varieties of Succulents grow with hoarfrost, such as Canton Cold Palace, Snow lotus, fairy cup, etc. These are their own secreted layer of gauze cream. It has no effect on Succulents, which can protect against sun in summer and keep warm in winter. So if it is naturally formed hoarfrost, there is no need to clear it out.

Another situation is that succulents suffer from powdery mildew, which is a fungal disease. If not treated properly, the leaves will quickly become infected. The leaves will have uneven spots at the beginning and begin to rot later. 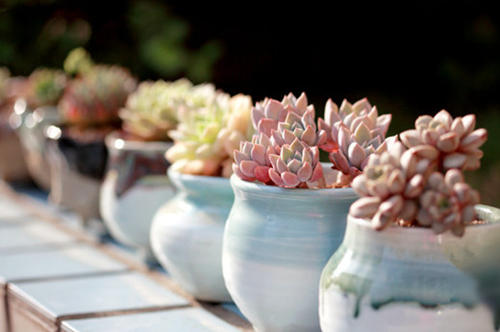