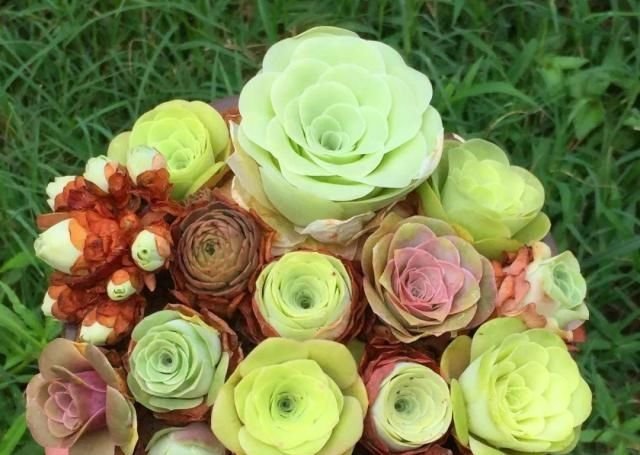 Mountain rose is a general term for the succulents of the original Crassulaceae and Mountain Rose (Latin: Greenovia Webb & Berthel), and is now included in the genus Lotus palm. It has the characteristics of unfolding leaves in the growing period (winter and spring) and closing in the dormant period (summer). 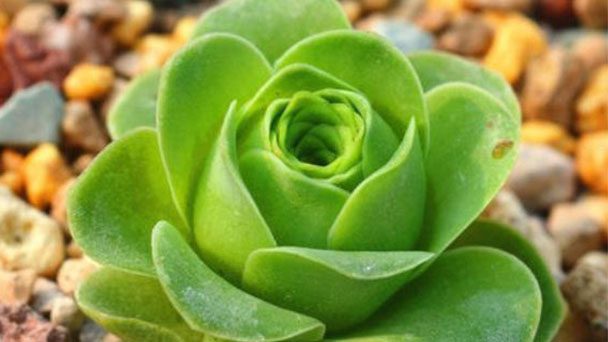 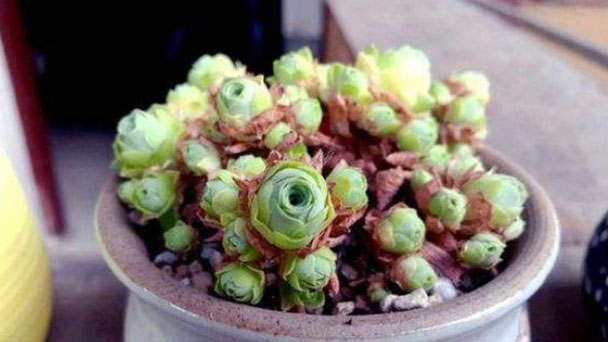 The Succulent leaves of the mountain rose alternate, arranged in a rosette shape, and the plant width varies greatly depending on the species, ranging from 2 cm to 40 cm. The leaf color is gray-green, blue-green or emerald green. Flowering period from late spring to early summer, racemes, yellow flowers. As the seeds mature after flowering, the mother plant will gradually wither, but small buds will grow at the base. Because its dormant period is to avoid unfavorable climates such as strong light and extreme heat, the outer leaves are aging and withered, while the leaves in the center part are tightly wrapped together. Most plant lovers are crazy about it.

Greenovia likes a cool, dry and sunny environment, is resistant to drought and half shade, is afraid of stagnant water and hot and humid, and has the habit of dormancy in high temperature seasons and growth in cold seasons. The growth period is from autumn to late spring. Adequate sunlight should be given. Insufficient sunlight will make the plants elongated, resulting in loose plant shapes and thin leaves.
The growth period is from mid-September to June of the following year. It can grow normally when moved indoors in winter, you'd better pay attention to frequent ventilation. After entering the growth period, the original ecstasy Rose flower type will quickly unfold within a few weeks, and the shape at this time is very close to other species of the Aeonium, which may be merged with the Aeonium The reason.

Distributed in the crevices of the coniferous forest area on the north-facing hillside of the Canary Islands and the nearby islands of Gran Canaria, Tenerife, El Hierro, La Gomera and La Palma at an altitude of 1000-1900m. The southern high island of Nerife, an inaccessible area on the north slope of 950m above sea level, and the open area of coniferous forest with an altitude of about 650m on the north side of La Palma, El Hierro and La Gomera. greenovia grow in gorges, mountain rock crevices, and coniferous forests.
The dormancy period is July to August. During the period of dormancy, the outer leaves wither, and the central leaves shrink into a rose shape. In summer, ventilation, less water, and 50% shading can maintain the ecstatic state.

Greenovia grows from autumn to late spring. Adequate sunlight should be given, and the pot soil should always be kept in a slightly damp state, avoid hot sun exposure, and rain, so as to avoid plant rot due to sultry heat and humidity. Except for proper shading during the summer dormancy period, adequate sunlight should be provided during the rest of the time. The requirements for fertilization or not are not strict, generally putting some granular slow-release fertilizer in the soil can meet its growth needs.