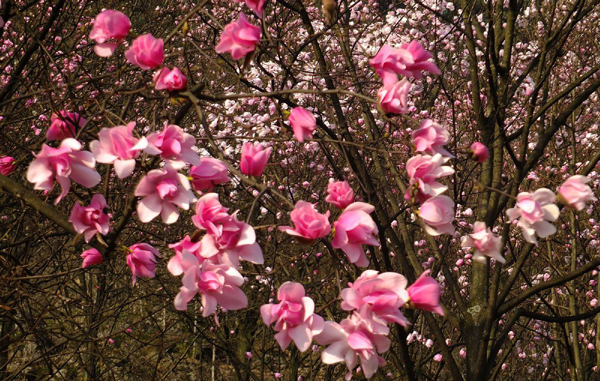 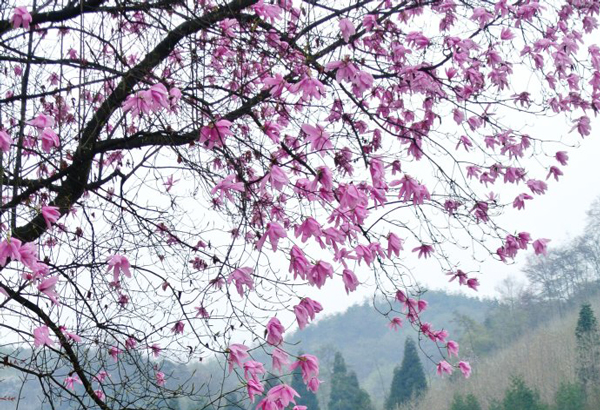 How to Grow and Care for Magnolia kobus

How to Grow Magnolia kobus

Best sown as soon as it is ripe in a cold frame. Stored seed must be kept cold over the winter and should be sown in late winter in a cold frame. The seed usually germinates in the spring but it can take 18 months. Prick out the seedlings into individual pots when they are large enough to handle and grow them on in light shade in a cold frame or greenhouse for at least their first winter. They can be planted out into their permanent positions when they are more than 15cm tall, though should be well mulched and given some protection from winter cold for their first winter or two outdoors. In summer, snip a 4- to 6-inch segment of branch containing some soft, fresh leaves near the tip. Scrape off a segment of bark from the base of the cutting, about 1/2 x 1/2 inch in size, exposing the green inner layer of bark. Treat the base of the cutting and the scraped area with a powdered rooting hormone. Plant the cutting in a pot containing a mixture of 1 part peat moss and 1 part sand (or a commercial rooting mixture). Place the pot in a sheltered outdoor location that receives indirect morning light. Mist the stem and water the pot once a day (twice on warm days) until the cutting has established roots. Once roots are firmly established (usually this takes nine weeks or more), transplant it into a 1-gallon nursery container filled with standard potting soil. Continue growing the cutting in a pot for one full growing season. At that point, your young tree can be transplanted into the garden

How to Care for Magnolia kobus

Magnolias prefer a spot in the Garden that receives full sun to light shade. Magnolia kobus perform best in a loamy, well drained soil but rich in organic matter. The main reason that plants die within 12 months of having been planted is lack of water.  In hot dry spells give the equivalent of 2 bucketfuls every three days. This tree does fairly well in all conditions found in its hardiness range, provided it gets proper water and is grown in well-drained soil. It has moderate tolerance for drought.  If your tree is healthy and blooming, no fertilizer needed. Feed a young tree at time of planting.
Pruning
Magnolias don't require pruning as much as some ornamental trees, and in fact pruning an older magnolia can damage the tree. 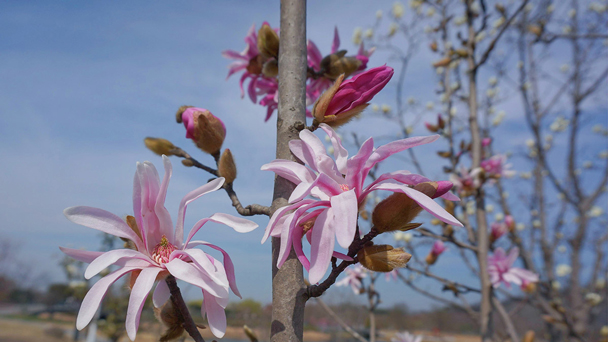 Landscape Uses
You can use this as a specimen tree to provide early spring interest because it blooms before many other plants do. This is a good magnolia species for those who live in cooler climates. On large properties, it can be used as a tall informal hedge, and it also makes a good tree for woodland borders.
Magnolia kobus Common Pests/Diseases
Magnolias are robust trees with few diseases or pests. One common ailment is algal leaf spot, which causes leaves to turn brown and develop a velvet-like underside. This can be treated with a fungicide.
Fungal leaf spots also occur, but do minor damage, and should disappear on their own. Canker may be the cause of branch die-off, and should be dealt with by pruning the damaged branch to fresh wood.
Magnolia scale is an insect that may also cause branch die-off and underdeveloped leaves. If you see a sticky sap on your tree, then suspect the magnolia scale. They can be controlled by dormant or summer oils, or via insecticides, applied in late summer. 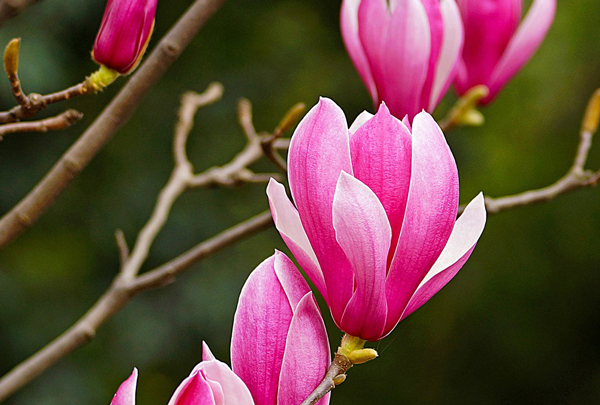 There are two natural varieties of Magnolia kobus, according to some botanists: var. kobus and var. borealis. Some also believe the star magnolia (Magnolia stellata) is a variety of this species, making it var. stellata.
An interesting cultivar is 'Wada's Memory'. It is sometimes listed as Magnolia salicifolia 'Wada's Memory' or as a hybrid of the two species (named Magnolia x kewensis). It is columnar to pyramidal in form, with large blossoms and blackish-green leaves.
M. Kobus has also been crossbred with the star magnolia (​Magnolia stellata) and the resulting hybrid is the Loebner magnolia (Magnolia x loebneri). 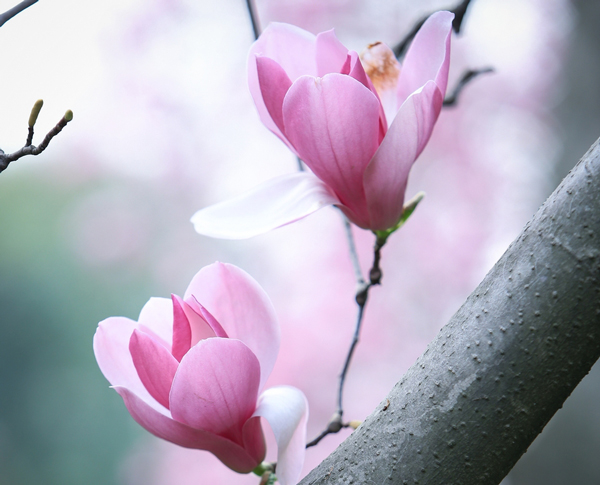 Camellias are lovely shrubs with flowers that echo the shape and texture of magnolia flowers, but in a smaller size and wider range of colors. The blossoms appear in late fall or early spring, depending on variety, in shades of white, pink, and red. They need light shade. The leaves scorch when they get too much sun and they don’t bloom well when they get too much shade. Plant camellias near but not directly under a magnolia.
Bulbs make ideal magnolia tree companions. Plant them along the edge of the canopy, or a little further in if you have a deciduous magnolia. Bulbs look their best in groupings. Choose a mixture of spring, summer, and fall bulbs so that you always have something in bloom. Daffodils and dwarf irises are among the first to bloom, and a mix of bright yellow daffodils and purple dwarf irises never fails to make you think of little girls in their bright Easter dresses. You can find daffodils in pink and white as well as the traditional yellow.