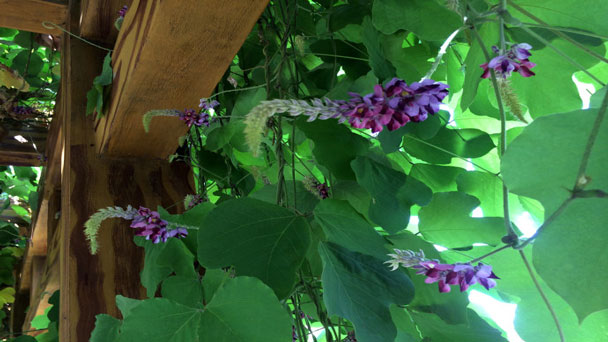 Kudzu was introduced to the United States from Japan in 1876 at the Philadelphia Centennial Exposition, as an ornamental plant. In early 1900s, it was recognized and promoted as a forage crop and planted throughout the southeastern U.S. In the 1930s and 1940s, the Soil Conservation Service paid southern farmers to plant kudzu to reduce soil erosion on deforested lands, resulting in over 1 million acres being planted. Kudzu, nicknamed “the vine that ate the South,” was recognized as a pest weed in the 1950s and removed from the list of acceptable species in the Agricultural Conservation Program. In 1998, it was listed as a federal noxious weed by the U.S. Congress.
How it is spread
Spread over long-distance by people moving live plants.
Transported and planted for stock fodder, as Herb and as Garden ornamental.
Seed pods spread by sticking to clothing or animal fur.
Kudzu Vine (Pueraria montana) Ecological Threat
Kudzu will grow over anything in its path (other plants, buildings, road signs) and eventually kill other plants it covers because it blocks out sunlight. Kudzu will also girdle stems and tree trunks, break branches, and uproot trees and shrubs through the masses of vegetation produced. Kudzu has been reported to grow roughly one foot per day once established. 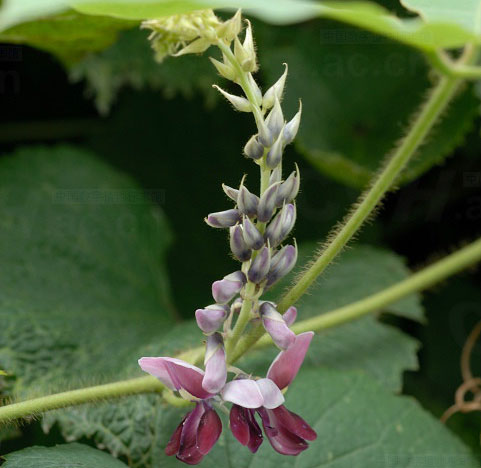 Preventive Measures
Total eradication of kudzu is necessary to prevent re-growth. This requires continuous monitoring and thoroughness when treating. To prevent reestablishment, replanting after treatment is critical. Prevent the production of viable seed and destroy the plant's ability to reproduce vegetatively.

Grubbing: Using a pulaski or similar digging tool, remove the entire plant, including the taproot. Removed vegetation should be destroyed by burning or bagging. Because many roots exceed 1.8 m, eradication by this method is very difficult and should be considered primarily for small initial incursions.
Cutting: Vines and runners are chopped just above the ground level, and the pieces destroyed. Early in the season, cutting is repeated at two-week intervals, to weaken the crown and prevent resumption of photosynthesis. Later in the season, when the stored energy in the taproot has been reduced, the interval between cuttings can be extended. Cutting does not typically kill roots and should only be used to control the spread of kudzu. 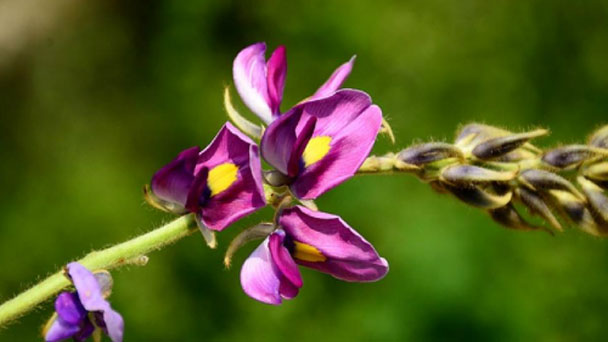 Young colonies can be eradicated in three to four years if plants are overgrazed or persistently cut back repeatedly during the hottest temperatures of summer. Close grazing for three to four years can totally eliminate kudzu when at least 80% of the vegetative growth is continuously removed by livestock. An old rule of thumb is 8 goats per acre stocking rate for kudzu control.

Biological control agents are being investigated, but the recent introduction of asian soybean rust is thought to be very devastating to kudzu. 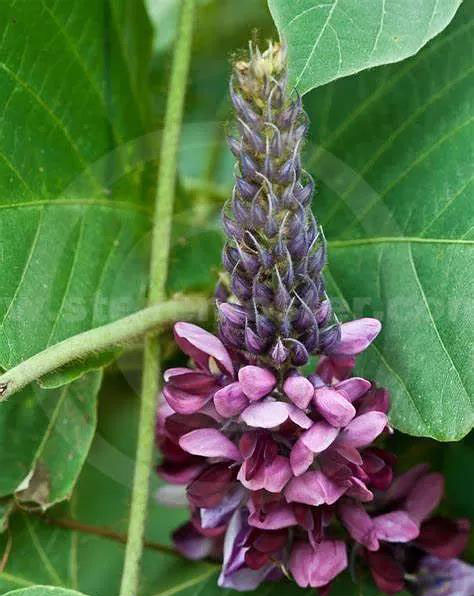 Kudzu is a restricted invasive plant under the Biosecurity Act 2014. It must not be given away, sold, or released into the environment without a permit. The Act requires everyone to take all reasonable and practical steps to minimise the risks associated with invasive plants and animals under their control. This is called a general biosecurity obligation (GBO). At a local level, each local government must have a biosecurity plan that covers invasive plants and animals in its area. This plan may include actions to be taken on certain species. Some of these actions may be required under local laws. Contact your local government for more information. 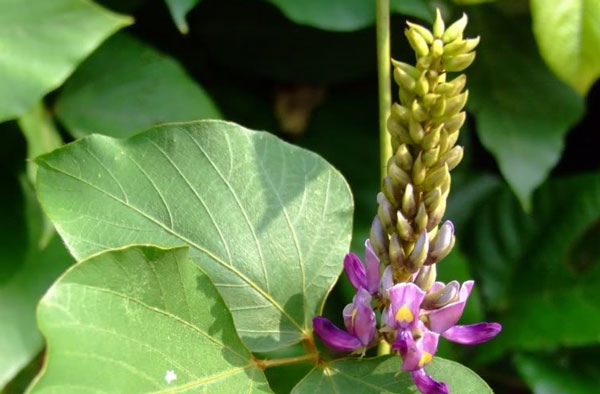