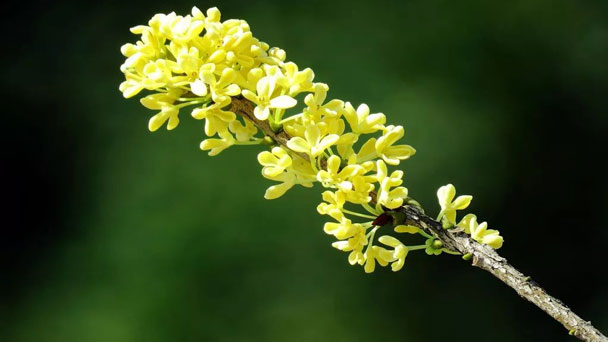 Laurus nobilis seeds are stratified before planting. Stratification is the process whereby the dormancy of seeds is broken so that they are able to germinate. Placing the seeds in a plastic bag with peat moss and refrigerating for two months is sufficient to break the dormancy. The seeds are planted with a thin covering of soil and kept moist but not wet as they will rot easily. Germination can be erratic with bay laurel seeds ,and they may take three to four months to sprout.

Also laurus nobilis can be propagated by taking semi-ripe cuttings in late summer. Wood that is just beginning to harden makes the best cuttings, but even these take up to three months to root under the best conditions. Cut 10-12cm (4-4.5 inch) of mature side shoot with heel. Pinch off the leaves from the bottom of the cutting. Dip the cut end of the cutting into water and then into the rooting hormone until the bottom 3cm  (1 inch) of the cutting is coated in the powder. Pot the cutting into a 8cm (3 inch) pot size filled with moistened equal parts mixture of peat moss and sand or perlite. Make a hole in the middle of the pot and insert the cutting 3cm (1 inch) below the leaves, then press the potting mixture around the cutting. Seal the pot into a plastic bag or propagating case and place it in indirect sunlight. New growth indicate that the rooting has occurred. At this moment remove the bag and water the cuttings enough to keep the potting mixture just moist.
When the new plant is well established – in about six months – move it into one pot size larger containing the same potting mixture used for adult plant. Thereafter treat it in same way as a mature Laurus nobilis.

The technique of layering involves bending the stem of an existing plant to the ground and nicking it with a knife to expose the stem where it meets the soil. The exposed area is then covered with soil and held in place with stones or tied to a stake. Layering works very well with Laurus nobilis, although it can take six to 12 months to produce shoots.

Bay laurel can also be propagated by root division according to Texas A&M University horticulturist Dr; William Welch. Root division is suitable for container plants and is best done when they need transplanting. Once removed from the pot, the plant is carefully separated into several sections. 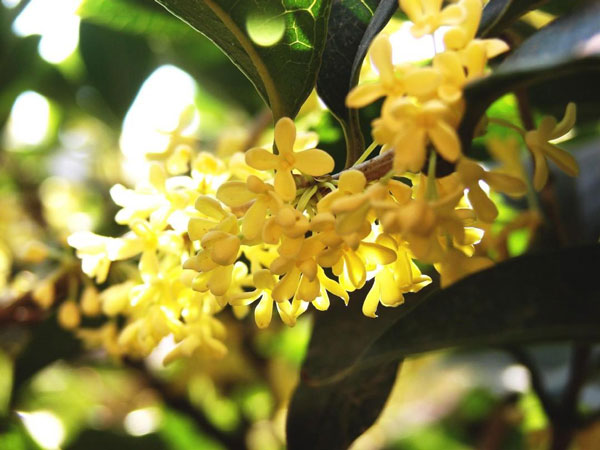 How to Care for Laurus Nobilis (Bay Trees)

Bay laurels do well in full-sun locations, or with some partial shade. Native to Mediterranean regions, this plant is accustomed to living in bright sunlight, so try to replicate this as much as you can at home. If your bay laurel is planted in the ground, you should place it in a spot that receives plenty of sun, but which also offers some protection against winds, such as near to a fence or wall.
Although laurus nobilis trees enjoy light, they also like to be sheltered against strong winds. Container-grown bay laurels are less of a concern, as these can be positioned in full light during warm weather, and then moved to a sheltered spot in the event of a storm or strong winds. It is possible to grow bay laurels indoors, and these will need to be kept in a bright window to ensure they get their requirement of light

Laurus Nobilis is not too particular about soil type, but it must be well-draining. It will do equally well in acidic and alkaline soils. Container plants can be grown in an ordinary commercial potting mix. Plant your bay tree at the same depth as it was planted in its original pot.

Water Laurus Nobilis regularly but sparingly during growing season. Do not overwater. Water less during winter, only to make sure the root ball does not dry out. Mature plants will tolerate some degree of negligence, but do not let it sit for long periods without water.

Bay is only hardy in USDA hardiness zones 8 through 10. In cooler areas, bring it indoors for the winter and give it relatively cool conditions. However, you may have trouble keeping your indoor laurus nobilis tree from drying out in the low humidity of your home. When it signals trouble by dropping a few leaves, use the leaves in cooking and begin misting the tree regularly with water.

Apply a balanced organic fertilizer (compost tea or fish emulsion works well) once to Laurus Nobilis during the spring and then once again later in the summer. Do not fertilize when the plant is dormant during the colder months.

Laurus Nobilis pruning requirements depend on whether your bay has been trained as a topiary, grown as a shrub, or allowed to mature into a full-sized tree. For all sizes, prune out any dead and damaged leaves or branches in the spring. Mature, full-grown trees can be pruned hard, but re-growth is slow – carry out hard pruning over two or three years to maintain some greenery while the new growth forms.
For those you'd like to maintain as more manageable shrubs, cut back to lower leaves or buds as desired, and trim away any low-trunk branches and suckers. Topiary-trained specimens are trimmed in the summer to promote dense growth. Prune the current year’s growth back to leaf nodes that face in the direction of desired growth, maintaining balance and a harmonious shape.
With regular clipping and training when the Laurus Nobilis tree is young, the dark green foliage and stems can be sculpted into a variety of formal shapes to make an excellent patio or Garden accent.

Hardy and easy to care for, Laurus Nobilis is largely disease and pest-free, with only a few easily remedied problems.
Leaf spot is most often caused by overwatering and allowing the roots to sit in water. Ensure containers have a thick layer of drainage material at the bottom of the pot, and enough drainage holes for excess water to easily flow through. In the ground, improve drainage by amending the soil with sand or extra-fine crushed rock. If spots persist despite good drainage, chances are the soil has become depleted of nutrients. Repot in the spring using plenty of rich, organic compost. Yellow leaves occur in small numbers each year as new growth occurs, and are shed naturally.
Yellowing can also occur in containers,and the problem is usually caused by a nutrient deficiency, root damage caused by soggy soil, or cold weather damage. Apply a general-purpose fertilizer to containers every two weeks until August to improve nutrient content of the soil, always ensure they have adequate drainage, and prune damaged wood in spring. 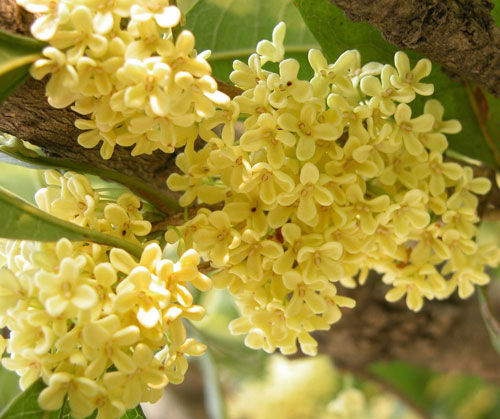 There are also a few ornamental cultivars of Laurus nobilis that may not have quite the same taste as the pure species plant.
Laurus nobilis 'Angustifolia': Also known as willow-leaf laurel, the narrow leaves of this cultivar are prized for their attractive texture when the tree is pruned.
Laurus nobilis 'Aurea': This variety exhibits new leaves that are bright yellow and aromatic.
Laurus nobilis 'Undulata': With this cultivar, the leaf edges are rippled or wavy, making it a particularly ornamental tree.
Laurus nobilis 'Saratoga': This is a smaller tree when planted in the landscape, growing to a maximum of 30 feet. The leaves are more rounded and lighter in color. It makes a good variety for food seasoning leaves. 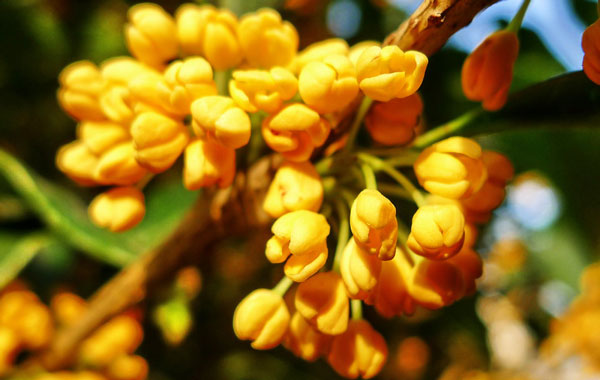 Are bay laurels toxic to animals?

While humans frequently use bay leaves in cooking, the herb can be toxic to animals when consumed in large quantities. Animals affected by bay leaf toxicity include dogs, cats, and horses. Symptoms of poisoning from bay leaves include diarrhea and vomiting. Bay leaves are not toxic to humans, but they are typically removed from dishes before serving because they do not break down while cooking, and can be a choking hazard.

Left unpruned, bay laurels can grow quite large, around 50 to 60 feet high, although on average they reach a mature height of 20 to 25 feet. Retaining the central leader will encourage height. However, this is a very malleable tree and can be kept much smaller, particularly if you want to use it as a border or screen in your garden. Container-bound bay laurels will typically reach a mature size of five to six feet. Bay laurels grow slowly, usually at a rate of a few inches per year.

Yes, bay laurel trees have extensive root systems that can be invasive. If you are planting a bay laurel in the ground, be sure you plant it a reasonable distance from your home or any other structures. Do not plant bay laurel trees near a swimming pool or sewer lines, or on top of a septic tank. If you are concerned about invasive roots in your yard, it may be best to keep your bay laurel in a container. 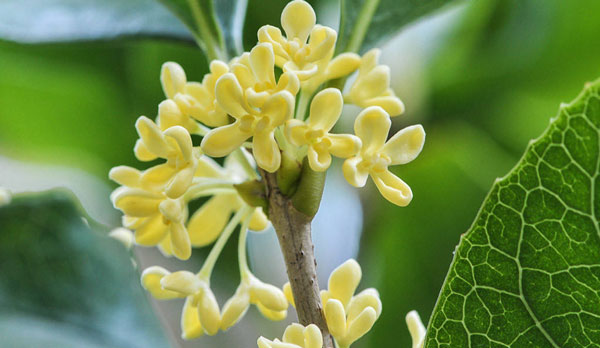