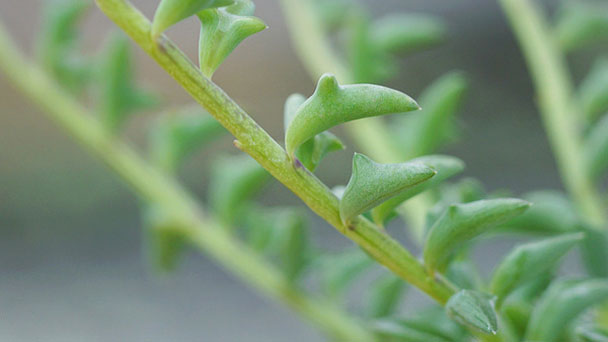 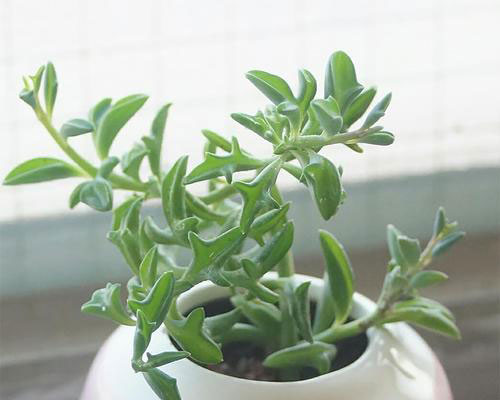 String of Dolphins is one of the "string" succulents, which grow trailing stems that can reach 1.0' to 3.0' long. In the wild, these Senecio varieties creep along as a ground cover. They also shine in a hanging pot where they can create a dense cascade of greenery.

The leaves of the Dolphin Plant are fleshy, notched crescents that truly resemble dolphins. In addition to their unbelievable shape, each leaf has a translucent "leaf window". This adaptation allows sunlight to irradiate the leaf interior and helps the String of Dolphins plant tolerate low light conditions ( Succulent Leaf Windows).

Senecio are in the Aster or Daisy family and, like daisies, they have composite blooms made up of lots of mini flowers. The petals cluster in a sphere and form a pompom of a bloom. On top of that, the flowers have a lovely cinnamon fragrance. 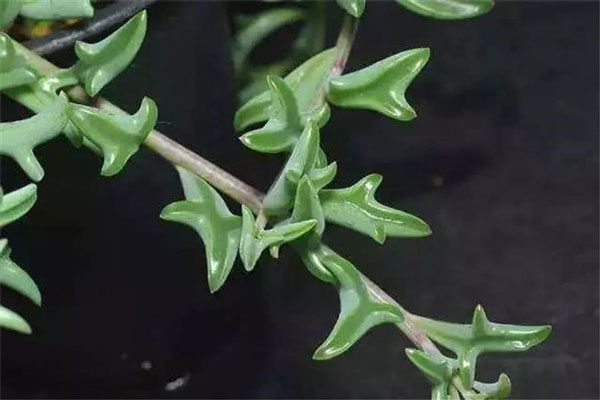 These String of Dolphins (botanical name Senecio peregrinus) are a result of cross-pollination between the String of Pearls succulent (Senecio Roweleyanus) and the Hot Dog cactus or Candle plant (Senecio Articulates).
This dolphin succulent can grow up to 6 inches, or 15 cm, tall while maintaining its original shape (unlike most succulents that tend to branch out or elongate their leaves as they grow).
As the vine gets longer, you’ll notice fresh little flying dolphins-shaped leaves blooming upon it. If you let it grow for long enough, you'll find a whole ocean of jumping dolphins cascading across your succulents container. String of Dolphins are flowering plants that typically boast little white and pink flowers during their blooming season. You’ll notice these flowers appear during the warmer months when conditions are just right to support the process.

This species was first documented by August Grisebach in 1879 as Senecio peregrinus, using the Latin word for 'dolphin' for its appearance. During the early 1990s, Charles Jeffrey revised the species into the genus of Dendrophorbium, after several morphological tests and studies. Although many believe it's actually a cultivar between the S. rowleyanus and S. articulatus, the Royal Botanical Gardens of Kew states its authenticity as a naturally-occurring species in South America. 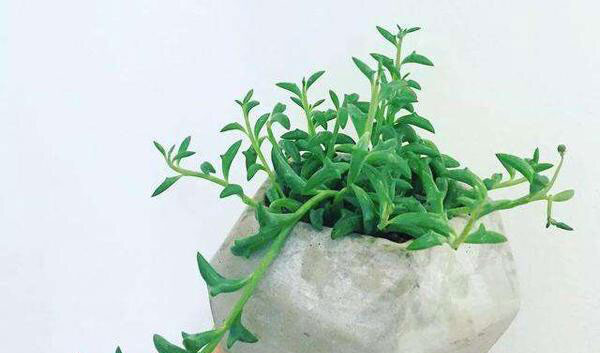 How to Grow and Care for String of Dolphins (Senecio peregrinus)

How to Grow String of Dolphins (Senecio peregrinus)

String of Dolphins Propagation with Seeds
Fill a pot with black peat mixed with a picex in equal parts, and then add water to the substrate. Place the String of Dolphins seeds on the surface of the substrate and then cover the seeds with a thin layer of pomice or river sand. Finally, place the pot outside, in semi-shade. Water the seeds, but this time with a sprayer. If all goes well, String of Dolphins (Senecio peregrinus) will germinate in 2-3 weeks.
String of Dolphins Propagation with Stem Cuttings
Make sure your stem cuttings contain at least 2 to 3 nodes along their length. These nodes are extremely important because they are the points from which propagation will occur. Nodes allow new stems, leaves, and roots to grow out from them. Damaged nodes will reduce the chance of successful propagation. So, be sure you’re using a stem cutting with healthy nodes on it. Having multiple nodes on one stem also improves the chances of successful growth and propagation.
Propagating Dolphin Plants Stem Cuttings In Soil
Stick the stem in a well-draining potting mix and give it plenty of water. Don’t worry about overwatering it during propagation. Some gardener friends of mine have suggested using cold water to start the growing process of the roots. When the topsoil has dried out, give the succulents a moderate amount of freshwater. Keep doing this through the next 2 to 3 weeks after propagation. The soil must be fully soaked from the bottom to aid growth.
Propagating Dolphin Plants Stem Cuttings In Water
If you’re growing your stem in water, use clean water that has a pH of around 7.0. Tap water should be fine, but it cannot deviate by a pH of 0.5; any more than that and your stem cuttings or leaf cuttings will have difficulties rooting. 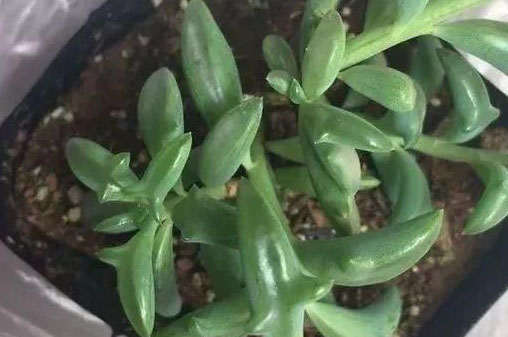 How to Care for String of Dolphins (Senecio peregrinus) 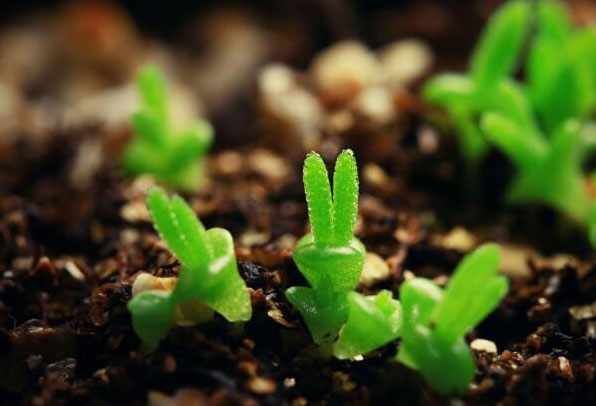 Grow the String of Dolphins (Senecio peregrinus) as a succulent hanging, allowing the leaves to fall downward. Within a single year, the stems can reach 20″ inches. If growing as a potted plant, trim the stems to keep them at a manageable size.

Common houseplant pests such as aphids, mealybugs, scale, and spider mites can be an issue for string of dolphins. These pests are sap-suckers, and if left untreated can wreak havoc on a healthy plant. With early detection and proper treatment these common houseplant pests can easily be brought under control. These String of Dolphins (Senecio peregrinus) plants are not prone to any particular diseases, other than root rot which is caused by overwatering. If you water only when the soil is completely dry, plant it in a pot with adequate drainage holes, and use a well-draining soil mix, you shouldn’t run into any issues. 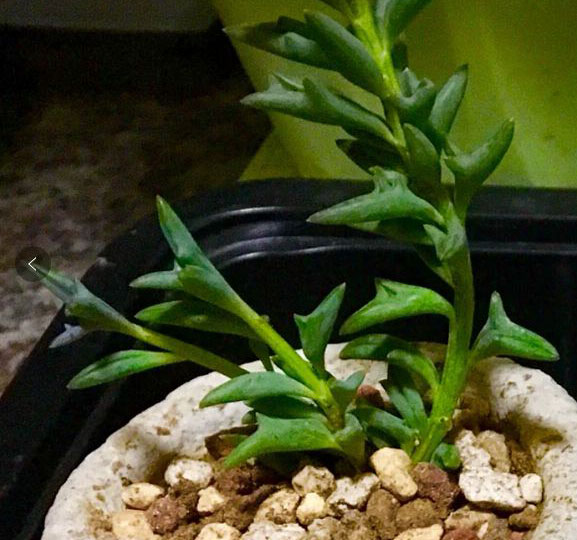 String of Dolphins (Senecio peregrinus) can grow with other plants and they grow very well with them too. You can also grow them with other succulent plants if you have multiple tiny succulents. Some Companion plants grown with it are Desert Rose, Kalanchoe and Cactus etc.