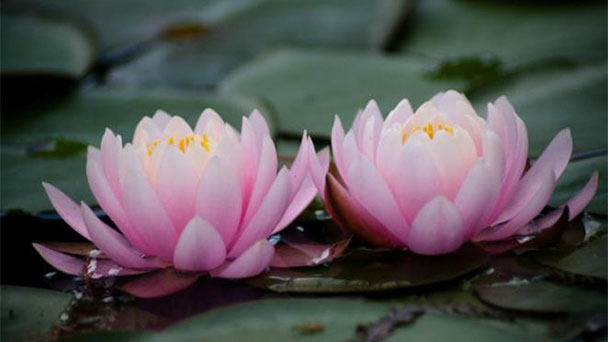 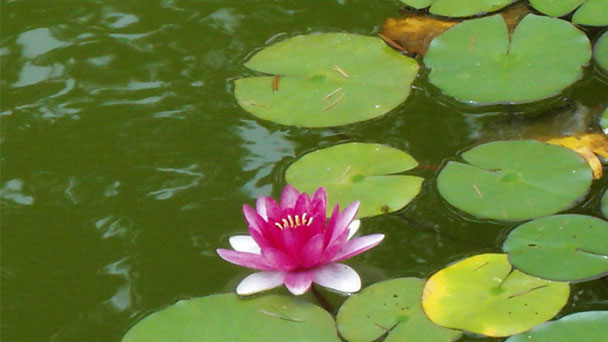 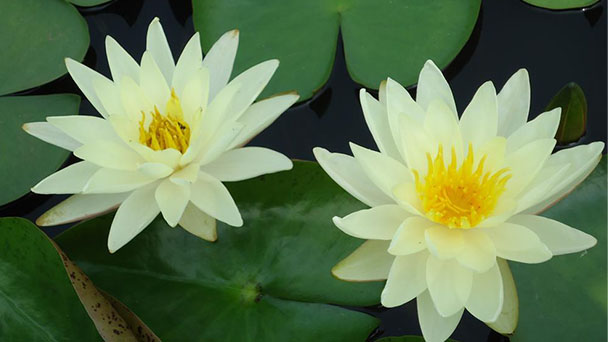 The leaves of lotus are round or subround, or ovoid, and some species are lanceolate or arrow-shaped. Entire leaf margins, but the margin of tropical water lily is wavy. The front leaf is green, bright, the back leaf is purplish red, in some species the page has dark brown spot or mottled color. Veins obvious or not so obvious. The leaves of a few species of tropical water lilies, on the other hand, produce small plants, called viviparous, between the tip of the great fissure and the petiole point.

Lotus like sunlight and good ventilation, so tropical and hardy water lilies that bloom during the day, close their flowers at night and open again in the morning. Ponds, shaded by trees on the shore, bloom but grow weakly. The soil quality is not strictly required, pH value is 6~8, in these period, mostly can grow normally, and the optimum water depth is 25~30cm, the deepest should not exceed 80cm. Prefers loam rich in organic matter. Long leaves germinate in March and April, and blossom in May and August. Each flower blooms for 2 to 5 days. The flower firmed after. The stems and leaves wither in October to November. It reappeared in the spring of the following year. In the Yangtze River Basin, the buds are germinated from late March to early April, pregnant in late April or early May, flowering in June to August. Its leaf is yellow in October to November, and dormant after November. Born in ponds, lakes, some parks in the pool are often cultivated.
Most of the water lilies originated in north Africa and southeast Asia tropical regions, a few in South Africa, Europe and Asia temperate and cold regions, Japan, North Korea, India, the former Soviet Union, Siberia and Europe. So does the United States. Domestic distribution of Yunnan to the northeast, west to Xinjiang. All provinces and regions are cultivated.

According to the analysis of water lily's nutritional composition, the results show that water lily is rich in 17 kinds of amino acids, and the water lily protein belongs to the high quality protein. The results also showed that water lilies contain rich VC, flavonoid glycosides and trace element zinc, and the combination of the two has a strong function of discharging lead. Animal acute toxicity test micronucleus test and sperm distortion test both showed that water lily is a safe and reliable substance without any toxic and side effects. Lotus pollen is rich in nutrition, with the characteristics of completeness, balance, concentration, etc. It is a natural nutrient source with the prospect of exploitation and utilization.

Pot planting: non-bottom hole flower pots with a height of about 50cm and a diameter as large as possible are selected for planting. Evenly mixed nutrient soil is placed in the pot, and the filling depth is controlled within 30~40cm to facilitate water storage. The well-grown propagator should be buried in the center of the flower tank, and the depth should be slightly exposed to the top bud. After planting, add water but do not fill, 2~3cm above the soil is the best, easy to heat up, in order to ensure survival rate. Gradually increase the water level as the plant grows. The advantage of this method is that it is easy to manage, but the disadvantage is that it is difficult to overwinter in Beijing and Tianjin areas, and it needs to be moved into a greenhouse or sink into a pool.