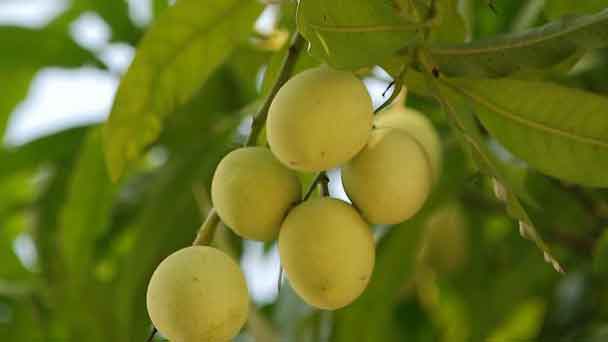 Almond Tree which produces the delicious, nutritious almonds, is a relative of the peach, apricot and other nut trees and is native to the Middle East and South Asia. Almond Tree can be finicky plants. Without the right climate or proper care techniques, almond trees may struggle to survive, let alone bear fruit.
Almond Tree PictureAlmond Tree InfoEcological Habits of Almond Tree Almond Tree Distribution AreaHow to Grow and Care for Almond TreeUses of Almond TreeVarieties of Almond Tree 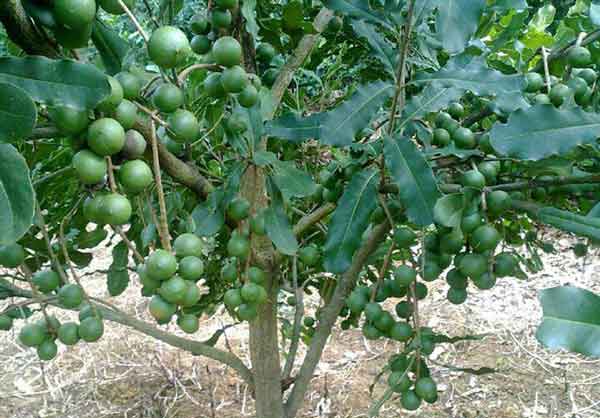 Easy to grow and requiring only limited care, the almond tree also has the advantage of offering a very beautiful blooming at the end of winter and generously bears fruits as early as July. The almond tree flowers appear before the leaves do. Almond Tree is the 1st fruit tree to bloom at the end of winter. The fruits of Almond Tree are about 1 ½ to 2 inches (4-5 cm) large and can be eaten either fresh and green in summer, or dry in fall.

Almond Tree is believed to have originated in Irano-Turkic region from where it initially spread to the Levant. The Southeastern Dead Sea Plain Expedition of 1977 found evidence of domestication of almond trees and consumption of almonds circa 3000 B.C. during an archaeological dig at Numeira, Jordan. Circa 60 A.D. Pliny the Elder provided accurate information as to the cultivation of almond trees in his multi-volume ‘Natural History.’ By this time the almond tree had been introduced to the Greek Isles, the Iberian peninsula, and the southern part of Italy.
Almonds were brought to California in the mid-Eighteenth Century by Franciscan monks. In about a century, in the 1860s, almond cultivation and cross-breeding had produced strains that were ideal for the California climate. Now, a scant two centuries after that breakthrough, California has overtaken the entire rest of the world as a producer of quality almonds. Almonds are a billion-dollar business in California which produces about 70 percent of the world's almonds. 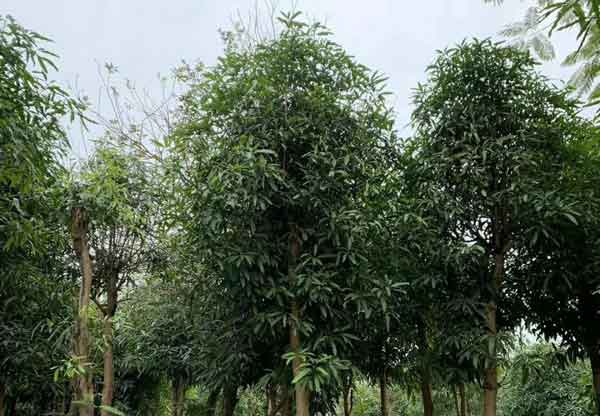 How to Grow and Care for Almond Tree

How to Grow Almond Tree

Once we find the natural seeds, we have to select at least 10 of them. All things done correctly, only 50% of the seeds or less will germinate, and only a fraction of those will make it to a small seedling and young tree. First, soak the shelled almonds in water for 48-72 hours. Then, we break carefully the shell and we collect the seeds. Then, place them upon a wet towel and put the towel in a plastic bag.
They key from now on is to place the bag at the refrigerator for 3-4 weeks. About 3 weeks later, some seeds will have normally sprouted. Plant them in individual small pots containing special soil mix (soil with river sand and compost etc.). Plant the seeds superficially, at a depth of 1,2 inches (3 cm) and cover lightly with soil. Then, place the pots at a room temperature, close to a wide window, so that the seedlings will have access to plenty of sunlight. The most important thing from now on is to keep the pots moist but not soggy. When the seedlings have reached a height of 6 inches (15 cm), transplant them at a bigger container. Begin with selecting a healthy Almond Tree bud from the almond tree. Using your knife, carefully slice the bud off of the branch about an inch above and below. Cut through the bark and just the outer surface of the trunk. Set aside the bud for now.
Move over to the rootstock. Peach trees work really well for almond grafts, but you could also choose a different, hardier variety of almond. On the rootstock, find a healthy spot and make a vertical cut that's slightly longer than your bud cutting. Cut through the bark, but not the wood underneath. On top of that cut, make a horizontal one forming a T shape. You'll now be able to gently peel back the bark flaps made by that perpendicular cut.
Grab your bud cutting and carefully slide it under the bark on the rootstock. It should fit in like a nice little pocket. Using grafting tape, secure the bud in place. All that's left to do now is wait for the bud to fuse with the rootstock. Once this is complete, remove the tape if it hasn't already degraded. 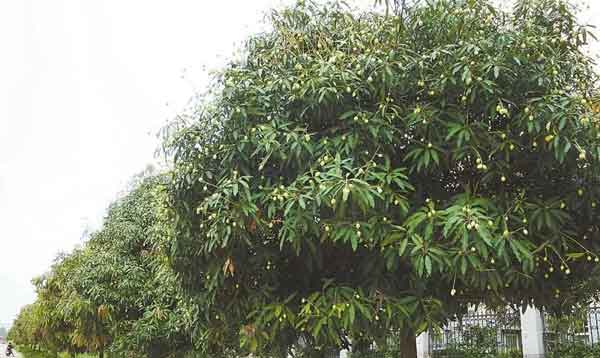 How to Care for Almond Tree

Almond trees prefer full sun, requiring at least six hours of direct sunlight per day. If your tree absorbs more sun, you will get better blooms. Almond trees may be picky with sun and water, but they’re actually very tolerant of different soils. Almond trees require a significant amount of water every year. You should expect to flood the tree with water once per week, especially in the first year. Like the Mediterranean, the best climates for almond trees have warm, dry summers and mild but wet winters. The fertilizing schedule for almond trees is sure to keep you on your toes. These plants need lots of nitrogen in order to grow and produce fully. For an Almond tree to grow vigorously, robust pruning is required. Shorten the shoots to 3.93 to 3.14 inches immediately after flowering each year. Thin branches are completely removed. Positive side effect: This also prevents brown rot. Old crowns are rejuvenated by a heavy pruning. 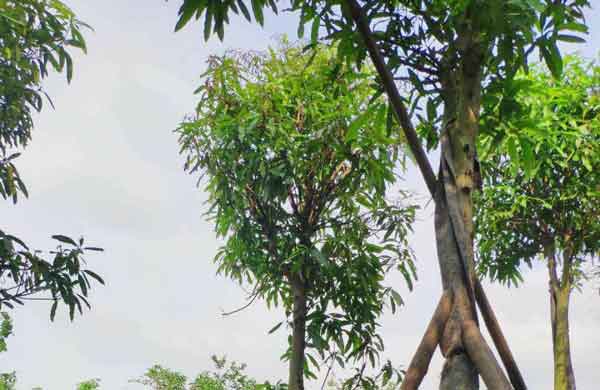 The almond tree is primarily grown for its nuts, which can be eaten as they are or used to create almond oil and almond milk. But they also make a nice addition to any garden because of their drought tolerance and striking floral display.

Almond trees come in quite an array of varieties. There are California's high-yield commercial cultivars, and there are the ‘connoisseur varieties’ of Southern Italy, Spain, and Iran that are the pride and joy of growers of those respective countries.
Prunus dulcis is the ‘mother ship’ and unlike many cultivars it is fairly drought-tolerant. Its fruit is ready for harvest around September. Though it can be grown in British home gardens, better options are available.
Prunus dulcis 'Macrocarpa'is a good choice for British gardens. It is early to blossom in early spring, producing pale pink and white flowers, and also produces an early harvest in August. The almond is quite sweet.
Almond 'Ingrid' is a popular cultivar that is gaining ground in England because of its lovely pink blossoms in spring and the rich buttery taste of the almond. Be warned that it is very hard-shelled; on the other hand, this is a self-pollinating variety.
Almond 'Robijn' is another top choice. For one thing this one is soft-shelled and for another the almond has a remarkably sweet flavour. Its blossoms are especially delightful. This too is a self-pollinating variety.
Almond 'Princess' rounds up the European self-pollinating varieties. One can consider this a ‘connoisseur almond’ for the amateur gardener because the shells are soft and the almond is unusually sweet and scented, ready to eat off the tree.
Almond 'All-In-One' is an American self-pollinating variety that grows to only about 4 metres. The fruit is both soft-shelled and sweet. It blossoms late and correspondingly yields a late harvest from the end of September to early October. 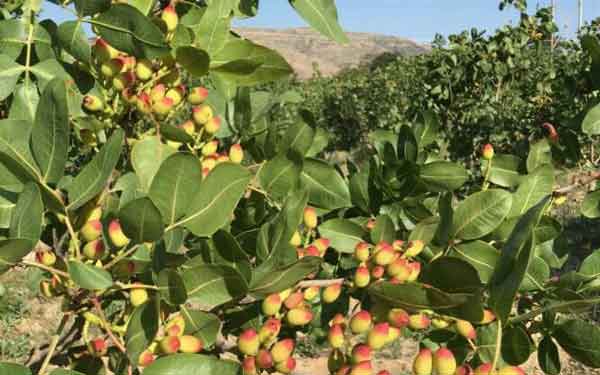 Fruit or nuts are nature's blessing. One hint of anything being organic is that it can die easily. Similarly, if you are planting almonds, which are already very sensitive, you have to keep a close eye on its health.
When diseases are ignored, they can spread themselves and kill the tree within days.
There are a number of diseases that catch the trees – and almond trees are not safe from them.

The most common problem is soil-borne diseases. Verticillium wilt, particularly, can be avoided by firm rock root, preferably of bitter almond root or peach rootstock. Overwatering is also a factor that allows this disease to thrive in. So, over-irrigation is out of the option. These fungal infections can also cause root rot, destroying all the effort you put into your tree.

Apart from these, there is a bacterial disease called crown gall. Crown gall manages to sneak into the tree via cuts and damages. So, treat your tree very carefully. Even slight damage can cause drastic loss. Crown gall not only damages the health of the tree beyond repair but also creates an unappealing look. Moreover, it can be dangerous and infectious for you and your family to stick around the tree if it is infected with crown gall. All precautionary measures should be taken to keep the crown gall away from your tree. While pruning, branches must be cut with clean, disinfected equipment – professionally.

Mites can also irritate the tree and damage its leaves. Mites work in a way that they do not feed on the tree. Still, they irritate the beautiful tree so much by a constant buzzing that eventually, the tree loses its patience and starts taking stress, resulting in falling and dying of leaves and fruit. You can use oil sprays and mite-control sprays on trees – when dormant. Some pesticides are also available in the market that comes in handy when struggling with mites.