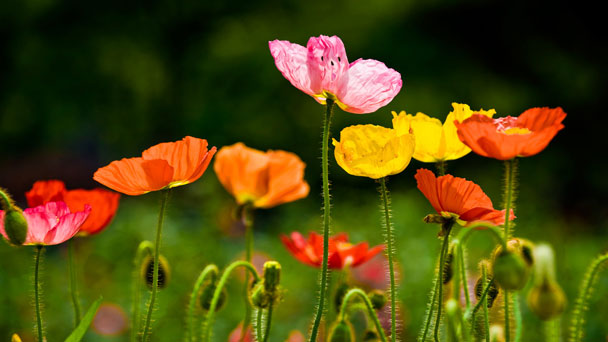 If you start them off from seed, they are usually best sown direct where you want them to grow as they tend to resent root disturbance. So, find a sunny spot with fairly indifferent soil, scratch the surface in spring or autumn and sprinkle the seed on top, raking in gently to settle them in. You can also sow under cover a little earlier and then transplant to their final position once the risk of frost has passed.
If you have ordered seedlings, make sure you acclimatise them to outdoor conditions before you plant them out. Soak the plants well and then plant out in the border or cutting garden, leaving 20-30cm between plants. Water in well to settle the roots, and only water again in very dry conditions or if you have decided to plant them in containers. 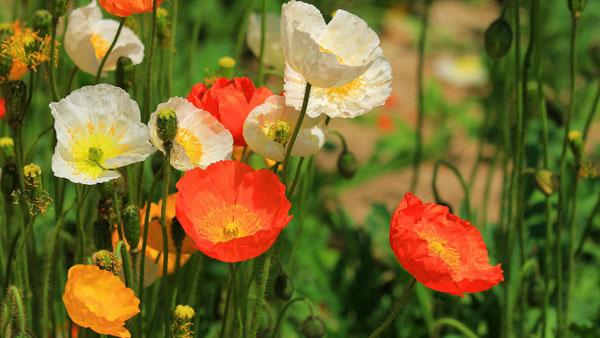 How to Care for Common Poppy (Papaver Rhoeas)

The common poppy prefers full sun conditions with at least 6 hours of direct sunlight. If necessary the Common Poppy can also adapt to partial shade where it receives less than 6 hours of sun, but the growth will not be as vigorous and bloom time may be reduced.

One of the most important aspects of attending to Poppies is to grow them in their preferred type of soil. Almost all poppy varieties prefer well-draining soil. Soil with a mixture of both sand and loam will allow water to drain faster while reaching all the roots of the plant.
Poppies are not picky with their potting mix as long as their needs are met. Again, choose soil that drains easily. Some Poppies, like California Poppies, can even thrive in dry sidewalk cracks.

During the seedling stage, keep the soil of your poppy plants moist, and water only when the top of the soil dries out. Once the plant is about 1-2 months old, the plant's stem can store more water and becomes drought-tolerant.
Aim to water your poppy with at least 1-inch of water weekly, allowing your plant to dry in between watering. It is good practice to water deeply but infrequently rather than giving Poppy small sips of water every day, as this may lead to root rot.
Take note that Poppies planted in pots dry out faster than those grown in soil. If your poppies are placed in containers, the plant may need to be watered more than usual.

The common poppy is an annual wildflower that grows well in USDA zones 1-10. While the plants and flowers themselves are not frost-tolerant, their seeds can withstand cold winters and germination occurs in soil temperatures that are between 50 to 60 degrees Fahrenheit. 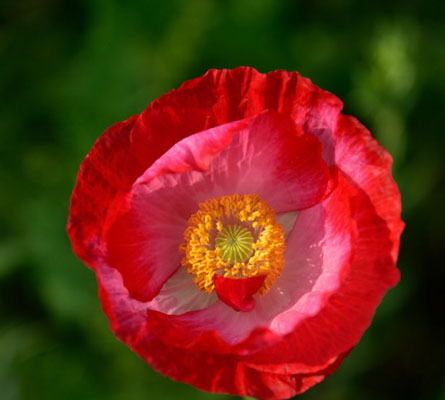 Common Poppy (Papaver Rhoeas) do not need extra nutrients to grow and bloom. However, adding compost or manure into the soil before planting can produce healthier stems and foliage throughout the season.
If compost or manure is not available, slow-release fertilizer with balanced Nitrogen, Phosphorus, and Potassium (NPK) ratios (ex. 14-14-14) can be placed in the soil before planting so that the plant can receive consistent nutrients to grow.
If using a liquid fertilizer, poppies only need a single application of a high phosphorus fertilizer during their flowering period from June to August, to encourage strong and healthy blooms. Fertilizers with higher Nitrogen ratios (ex. 20-10-10) produce more leaves rather than flowers, so avoid them.

Most of the annual poppies are pretty trouble free, but there are some pests and diseases that can attack, particularly the perennial oriental poppies. Greenfly might well appear on the tips in spring, so squash any that you see, and wait for the ladybirds and lace wings to come to your rescue. They can cause quite severe disfiguration of the leaves so SB plant invigorator is a good treatment if the problem persists. A fungal infection that attacks mainly young plants, leaving yellow patches on the upper surface of the leaves. Remove affected leaves as soon as you see the problem and ensure good air circulation. Make sure that your poppy plants are not growing too close together in the row and try not to water from above. This one leaves white powdery fungal growth on the leaf surface; it is unlikely to kill the whole plant as long as you remove affected leaves promptly. It is caused by dryness at the roots and dampness around the leaves, so ensure you water at the base. This disease affects the Flower buds which turn brown and fail to open properly. It is usually caused by too much rapid growth promoted by high nitrogen fertiliser. So, make sure you do not overfeed your plants. 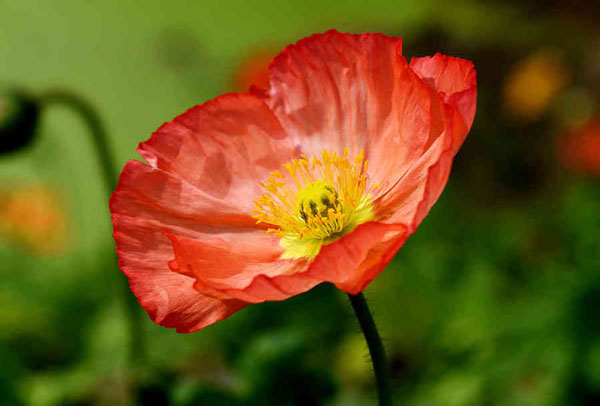 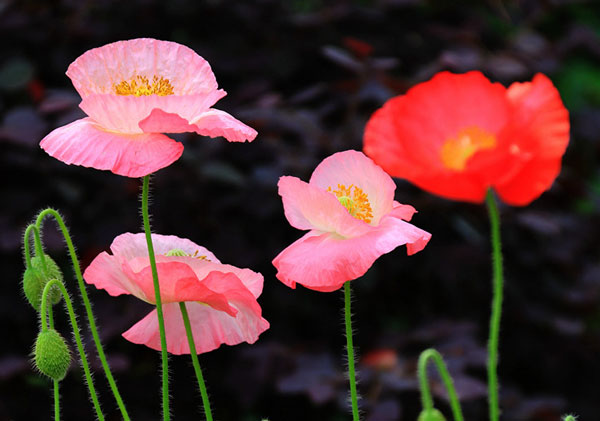 How tall do Papaver rhoeas grow?

Papaver rhoeas is known by a variety of common names including Flanders poppy, corn poppy, field poppy or common poppy. It is an annual poppy that typically grows to 9-18cm tall.

Papaver rhoeas is toxic to mammals, though the toxicity is low. The seed is not toxic.

What is Papaver rhoeas used for?

Papaver rhoeas is found in Iran and other countries of the world. It is used for treating diarrhea, cough, and sleep disorders and for analgesia-sedation purposes. It is also used for reducing opioid abstinence symptoms.

How to propagate Common poppy

How to grow and care for Common poppy