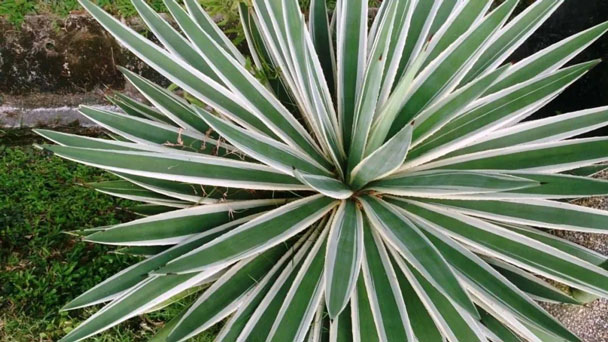 Where to Grow Agave Angustifolia

Agave Angustifolia Succulents need strong light. When planting this Succulent type in a garden, make sure it gets sunlight. Full to partial sun is the best for its growth. It is better to grow outdoor rather than indoor.
This type of succulent prefers a warm climate. Agave angustifolia can survive at zone 9a-11b which is around -6.7°C (20°F). If you live in a cold area, it is better to plant in an indoor environment. As long as it gets enough sunlight, the Agave angustifolia plant will grow happily.
When selecting what pot to use be sure that you understand the difference between the material used. 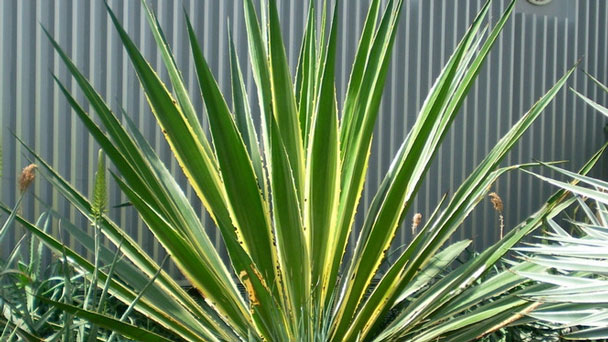 How to Grow Agave angustifolia

The Agave angustifolia plant can be propagated by cuttings, leaves, offsets or seeds. This succulent type does not require repotting often. Of course, the first-time repotting is essential when Agave angustifolia is bought from the store. You can learn all about How To Repot Succulents in our guide. Like all the other succulent types, a well-drained soil mixture is essential.

Agave angustifolia is a slow grower so even if it can be propagated by its seeds, this method is not recommended. To propagate from the seeds, plant the seeds in a well-draining soil mixture. This method can be used outdoors. In cooler areas, indoor propagating is recommended.

When propagating the Agave angustifolia plant with leaves. (Learn How to Propagate Succulents in detail here.) You should get a leave carefully from the mother plant. It should be a healthy leave that has no part left on the stem. In this way, the propagation will work. Before replanting, wait for a few days to allow it to callous. Use well-draining soil for your new Agave angustifolia succulent. Don’t forget to water when the soil dries out. 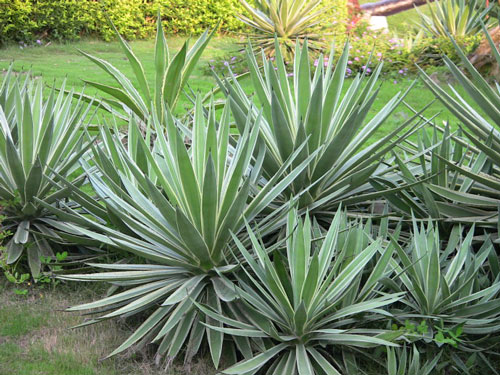 How to Care for Agave angustifolia

Agave angustifolia will tolerate any well-draining soil, but their preference is rocky or sandy soil. Poor soil drainage can lead to root rot, which can kill a plant. Moreover, Agave angustifolia likes a slightly acidic to neutral soil pH.

Agave Angustifolia can be quite beautiful when it is well-taken care of. This succulent type needs typical watering as the other succulents. The watering method is very important to keep your Agave angustifolia plant healthy. Agave angustifolia should not sit on the water, and an excess amount of water should be avoided. The best way of watering is soak and dry method this succulent. Yet, the succulent should be controlled to avoid overwatering.

Agave angustifolia can't tolerate frost and only can grow as far north as USDA growing zones 8 or 9. But there are some, such as Agave parryi, that are reliably perennial to zone 5. Moreover, most agaves prefer a climate with low humidity. High humidity can lead to crown rot on the Agave angustifolia plant.

During the agave's growing season, spring through summer, you can feed with a specialized plant food, following label directions.

Agave angustifolia generally have very few problems with pests and diseases. However, the agave snout weevil can burrow into a Agave angustifolia's center to lay its eggs, causing the plant to collapse. Unfortunately, you probably won't notice this until it's too late to save the plant. So instead remove the plant to avoid the pests spreading to any other agaves you might have. 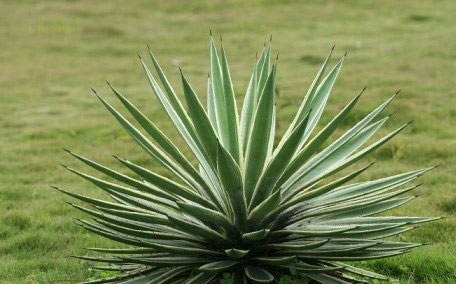 There are many agave species that range in size and appearance, including:
Agave attenuata: This is a popular spineless variety, also known as the foxtail or dragon-tree agave. It grows around 4 to 5 feet tall and a bit wider.
Agave parviflora: Its leaves have white markings and curling filaments that give it a hairy look. It only gets about 6 inches tall and blooms in six to eight years with green flowers.
Agave tequilana azul: Weber's blue agave is used to make tequila, but it is also a very attractive Garden plant, reaching upward of 6 feet tall and flowering in six to eight years with yellow blooms.
Agave victoria-reginae: As this plant matures its broad leaves cup inward, forming a dome. It reaches a height of about a foot, and cream flowers appear in 20 to 30 years. 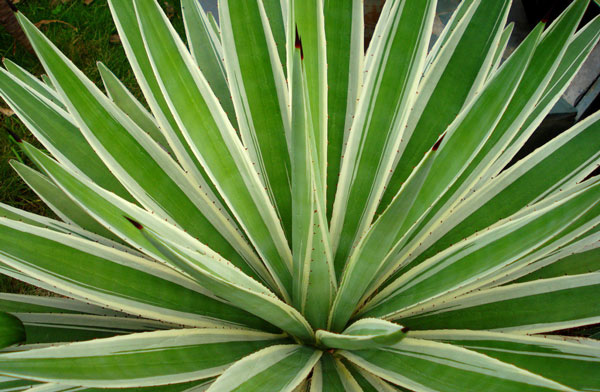 Is Agave angustifolia a cactus?

Agave is a type of succulent, commonly confused with cactus. Remember the rule that all cacti are succulents, but not all succulents are cacti. The main difference between agaves and cacti is the presence of leaves, cacti do not have them, while agaves do.

Used primarily for their startling leaf artistry, agaves also eventually flower, though blooming signals the end of the Agave angustifolia plant’s life cycle, when they depart in a blaze of glory with a tall spike or enormous, treelike branched stalk. After the towering spires bristling with tubular blossoms are finished, the mother plant dies off. But depending on the species, new pups start to form either before or after flowering, which can be removed and put into containers of their own.

Is Agave angustifolia easy to care for?

When grown in the conditions they like, Agave angustifolia plants are hardy and require little maintenance.

How fast does Agave angustifolia grow?

Agave angustifolia plants are generally slow-growing and can take years to mature.