How to Propagate Camellia Chrysantha 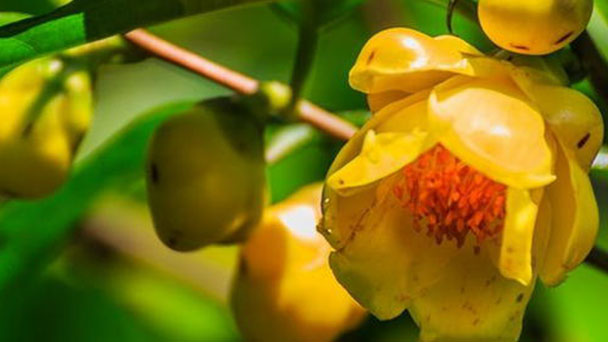 Grafting, cuttings, layering and tissue culture can be used for propagation of Camellia chrysantha (the golden camellia). After the seed is mature, we can sow. Solid seedling is made up of the ability of about 7, 8 years of blossoms. Cutting uses annual to give birth to branch spring to undertake commonl. Grafting is carried out in autumn. Layering can be carried out in its development period. The following are details of propagation methods of Camellia Chrysantha. 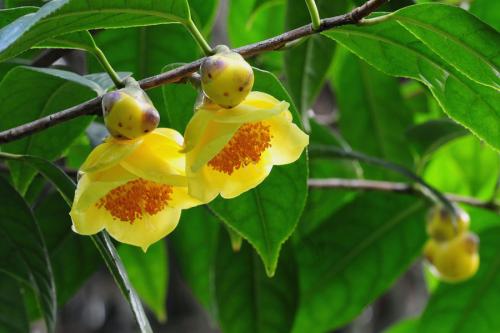 Sowing and propagation: Fruits of Camellia chrysantha (the golden camellia) usually mature in the middle of October, and break in late October. The seeds are unripe and dormant after maturity. Seeds should be propagated in autumn. In the first and middle of October, the harvested fruits should be placed in the shade and dried in a ventilated place. Seeds should be sown immediately after the capsule degenerates and the seeds taken out. If autumn sowing is not possible, the seeds should be stored in wet sand for spring sowing in February.

Cutting propagation of Camellia Chrysantha (the golden camellia)can be from April to early May, but can also be from mid-September to late September. In the cuttings, the semi-ripe branches of the same year were selected with full outer structure, intact leaves, full leaf buds and no diseases and insect pests. Panicle length is generally 15 cm, 2 leaves at apex, base heel. After the branches were treated with IBA 300ppm for 5 hours, the cuttings were cut into the seedbed according to the size of 10 ~ 14cm ×3 ~ 4cm spacing, and the depth of the cuttings into the soil was about 3cm. The key to the cuttage survival of tea seedlings is to maintain sufficient humidity in the early stage of seedling raising, avoid direct sunlight by all means, and control the temperature at about 25℃. Frequent spray, so that the seedlings are often covered with a thin film of water. After 1 month, when the new roots grow out, gradually increase the sunlight and accelerate the lignification of tea seedlings. 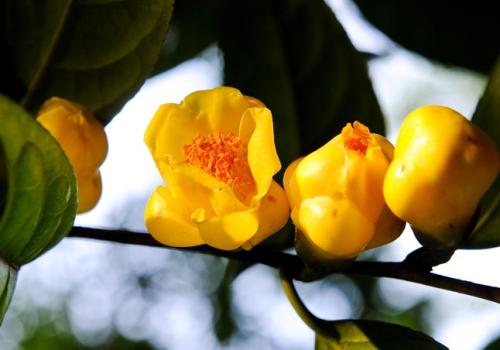 Camellia chrysantha propagation of grafting (the golden camellia)can be divided into bud and stock graft and semi-mature branch graft. Grafting of bud and anvil. Rootstock can be common single camellia and camellia oleracea. Plant rootstock seeds in sand beds and graft when seedlings grow to 4-5 cm. Before grafting, dig rootstock bud seedlings, clean sand grains, 1 ~ 1.5 cm above the cotyledon at the short, along with the root tip cut, so that its total length is 6 ~ 7 cm; Select well-grown semi-lignified branches as scions, cut them into wedges, and moisten them in a wet towel. When grafting, the bud seedling leaves of the joint line will cut the stem longitudinal a knife, depth and scion cut bevel consistent, cut the scion quickly into the rootstock split mouth, aimed at the anvil ear side cambium, with plastic film with a tight. The grafted seedlings were then planted at 8×2 cm rows in a bed of fertile, loose sandy soil. After planting, build a canopy in a seedbed and keep it warm with plastic film. Generally 10 ~ 15 days graft interface begins to heal, 20 ~ 25 days or so can be opened in the night film. Then gradually strengthen ventilation, increase the light, to the new bud germination, all peel off the film.

Graft on a semi-mature branch. Camellia sinensis (the golden camellia)or camellia sinensis adult seedlings are usually used as rootstock. 1 cm in diameter of the rootstock branches, using the skin grafting, namely in the appropriate place of the rootstock, on the left, right each carved a knife, deep xylem, and pull down the skin, the scion sticking to the inside of the rootstock pulling skin, and then the skin on the cover of the scion, with plastic tape binding, showing the bud tip, covered with plastic bags to protect moisture. After 1 month, new branches should be extracted from the scion and lignified step by step to remove binding. If the thickness of rootstock is similar to that of scion, it is advisable to use abdominal grafting. The success of the grafting depends on the control of seedling bed temperature and the selection of grafting period. The suitable temperature for grafting is 25 ~ 30℃, and the suitable period for grafting is From May to August. At this time, the skin of rootstock is easy to open, the grafting seedling interface is healed quickly, and the survival rate is high.

Embryo culture, in vitro culture of cotyledon, stem tip and single bud culture of Camellia chrysantha have been successful. The results showed that the germination and rooting of test-tube seedlings were related to the location of materials, the concentration of inorganic salts, vitamins, sucrose, growth regulators and light. Embryo culture. In the immature stage of the young fruit, embryos were taken and incubated with 0.5 ~ 1mg/L 6-BA, 0.01mg/L NAA, 6% ~ 8% sucrose, 500mg/L hydrolyzed milk protein and other additional components on the basis of ER and MS medium.About 1 week long roots, 2 weeks after the germinating of the epicotyl, out of new buds. Cotyledon culture in vitro. Cotyledon of camellia chrysantha is a good material for embrasoid induction, especially near the hypocotyl, with a high induction frequency of 15% ~ 25%. During induction, cotyledon was cut into 0.5mm size, the induction medium was 1/2ms, and 0.2mg/L 6-BA and 0.2mg/LNAA components were added. Adventitious buds and pseudo beads appeared simultaneously in the induction process. Pseudomonas has strong meristematic ability, and can be induced to produce embryoid, adventitious and pseudomonas by using pseudomonas buds. Stem tip and single bud culture. Stem tip and single bud culture are important approaches for rapid propagation of Camellia chrysantha, with convenient extracts, high propagation rate and stable heredity. The exocrysts were obtained from the young stem tips and single buds of the same year, in MS medium, with 6-BA or KT added. The results showed that the number of proliferation of stem tip and single bud increased with the increase of 6-BA concentration, but when the 6-BA concentration was up to 5.0mg/L, the seedling rate of malformation was high and the growth potential was poor. Combined with KT 0.5mg/L, 6-BA 2.0mg/L was an ideal growth regulator ratio for inducing proliferation with robust growth of test-tube seedlings, low malformed seedling rate and high proliferation number. 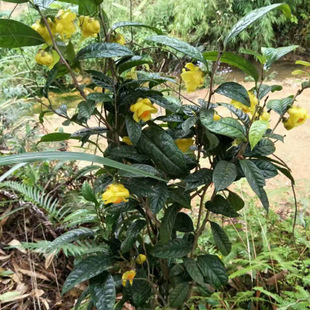