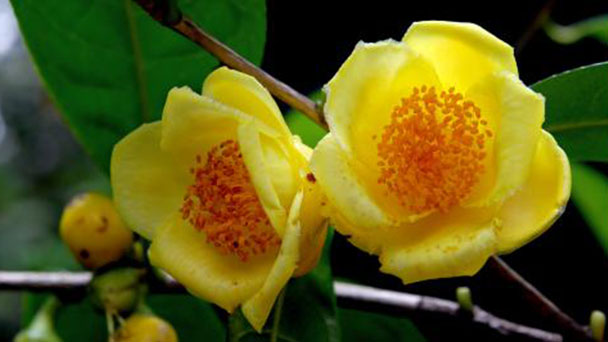 Camellia Chrysantha, known as the golden camellia, is a traditional Chinese specialty flower, is also the world's precious ornamental plant, and is a national protection of rare flowers and trees. Camellia Chrysantha is distributed in Guangxi and other places, generally growing in non - calcareous soil mountain evergreen forest. In addition to its high ornamental value, it can also be used to treat diseases. 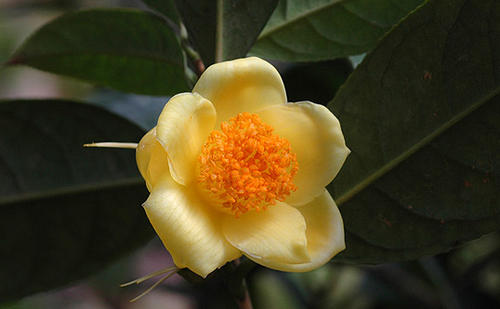 Warm and moist climate is favoured by Camellia Chrysantha (golden camellia), which can be found in shady valleys with loose soil and good drainage. Chrysantha can often live with plants such as Camevine, chrysantha, acacia, Nanmu, and limper. Due to its extremely narrow natural range, Camellia Chrysantha can only be found in limited numbers in the low hills of Sixian, 100 to 200 meters above the 100,000 mountains of Guangxi province. Chinese scientists are collaborating on crossbreeding experiments to produce better varieties of the national treasure. In recent years, China kunming, Hangzhou, Shanghai and other places have been introduced and cultivated. 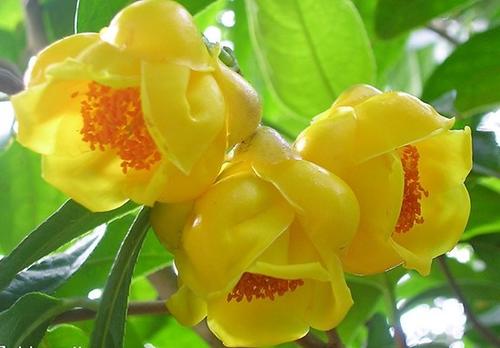 Propagation and cultivation of Camellia Chrysantha

Golden yellow colors of Camellia chrysantha (golden camellia), with wax-like luster and crystal and lovely, can be found in various forms, including cup, pot, bowl and dish. They are beautiful and graceful in various forms, and are known as the "Empress of the Tea clan" among Camellia groups. In subtropical areas, evergreen broad-leaved trees can be planted or shaded for viewing. 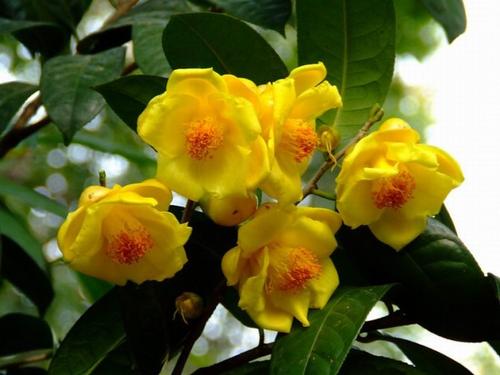 How to Grow and Care for Camellia Chrysantha

How to Propagate Camellia Chrysantha