How to Grow and Care for Common Hollyhock 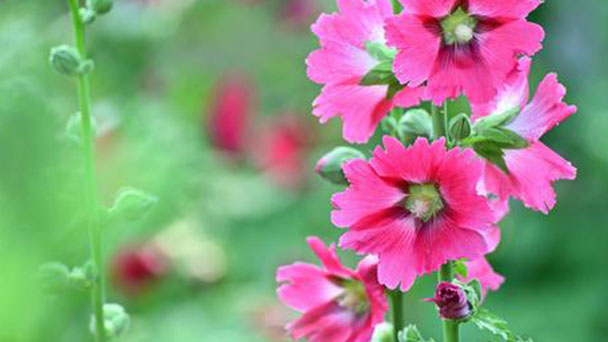 Common hollyhock is a perennial herb with red flowers, hence its name. Home in the middle of the more common is planted in the courtyard, but also beside the building, rockery or embellishment of flower beds, lawn, row or cluster planting, the effect is very good-looking. So how does Common Hollyhock grow? The following is about Common Hollyhock growing methods and Common hollyhock care. 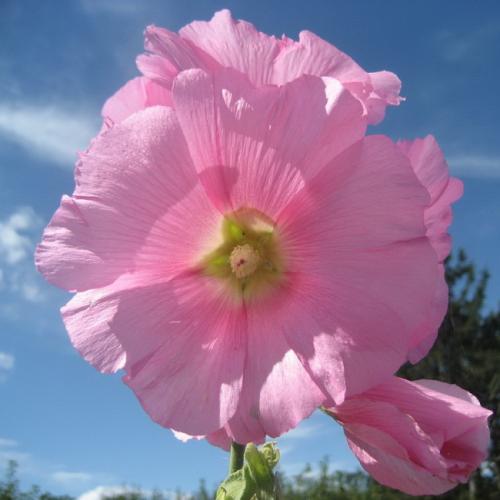 Best growing time: Generally in the spring and autumn suitable.

The soil culture management of hollyhocks is relatively simple. When the seedlings grow 2 to 3 true leaves, they should be transplanted once and the row spacing of plants should be increased. After transplantation, there should be timely watering. Before flowering, combine with tillage weeding application of topdressing 1 to 2 times, topdressing with phosphorus, potassium fertilizer as well. Seedlings can be transplanted in November after one transplant. In the seedling growth period, apply 2-3 times of liquid fertilizer, mainly nitrogen fertilizer. At the same time often loose soil, weeding, in order to facilitate plant growth robustly. When the Flower buds formed in the leaf axils of hollyhocks, phosphorus and potassium fertilizer were applied once. In order to prolong the flowering period, adequate water should be maintained. 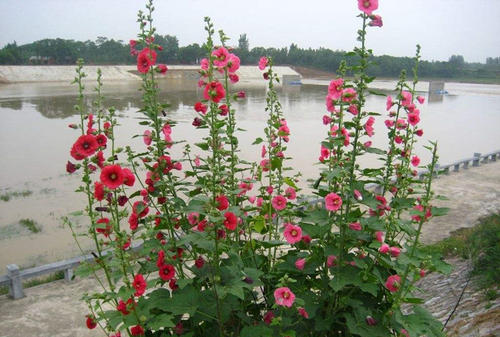 In the Common Hollyhock flowering period, it should be properly watered, in order to promote a long flowering period, good flowering, open until the top of the stem. And the general summer morning and evening watering is more appropriate.

Common Hollyhock should shoot the trunk in the spring to promote branching and dwarf the plant.

It is recommended to replace it every year or every other year, and occasionally lose the soil to allow it to breathe.

2. Cotton leaf roller: Commonly known as leaf roller. Larvae will roll the leaves into a cylinder and dive inside the cylinder to eat leaves, seriously when the leaves can be eaten up, only the coarse and hard veins. Occurrence period is more in the middle of June, late July, late August.

50 aerosol emulsion was sprayed with 2 500 times liquid for control. In addition, sometimes may have Aphid (cotton aphid) occur, its natural enemy can inhibit its serious harm generally. 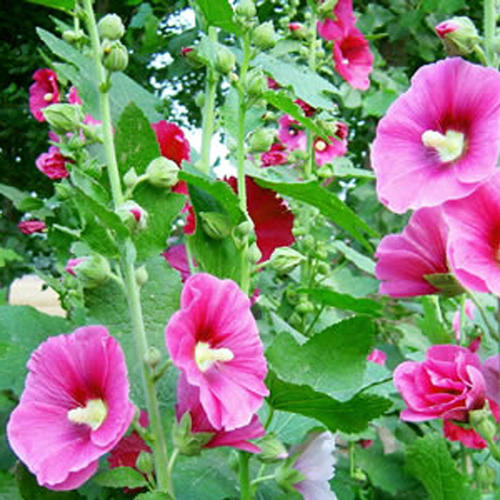 How to Propagate Common Hollyhock Flower

How to Propagate Hollyhock Flower

How to Grow and Care for Hollyhock Flower

​​How to Harvest Hollyhock Seeds

How to Grow Hollyhocks from Seeds Step by Step

When Do Hollyhocks Bloom