How to care for Rattail crassula 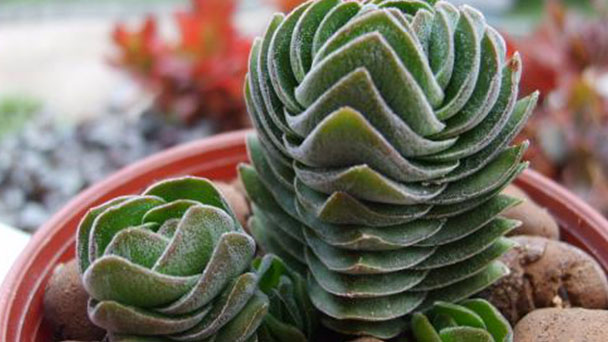 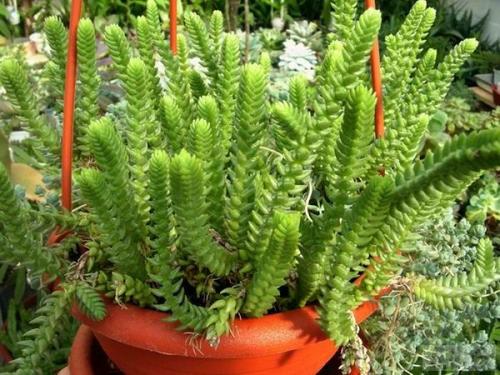 Rattail Crassula is kept in a sunny room with full sun, so the soil should be kept moist during the growing period to avoid water accumulation.

Rattail Crassula can withstand a low temperature of around minus 2℃, which is indoor temperature. If the temperature is not open air, frostbite will occur at the growing point of the leaf tip, which will dry out and die, and new branches will sprout again in the withered area in the next year.

The whole winter basically cuts off water. When the temperature is below 5 degrees, cut off water slowly.

In the summer high temperature when the whole plant grows slowly or stops completely, it should be put in ventilated good and shade appropriately places. Avoid sun exposure and limit watering. Do not let rattail crassula in rain for a long time to prevent the plants from rotting.

Don't fertilize too much, rattail crassula will grow in vain!

Rattail Crassula propagation is generally cutting off the head, taking healthy branches with growing points, cutting them in a section about 3 to 5 cm high, drying the wound and cutting them, or cutting them directly into dry granular soil, and then giving a small amount of water a few days later.

Rattail Crassula is a highly productive Rattail variety, and the Rattail Crassula also tends to have many small roots growing from leaf to leaf, which stick to the soil when it hits the right soil.

Beheading reproduction also has a benefit is to allow the mother plant to get a better shape, the place after beheading will sprout new growth points, some will sprout 2 branches. 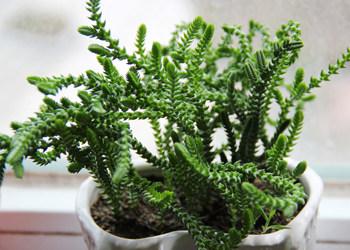 Tips for growing and care for Rattail Crassula

Rattail Crassula needs to be constantly pruned and trimmed of the Rattail crassula during its growing process to maintain its shape and shape.

The most important thing to pay attention to is the amount of water must be less, watering frequency should be low. Because sedum root is very weak, and needs good drainage conditions. Especially in the winter,  Rattail Crassula needs to expel excess water as soon as possible, otherwise it will cause root rot.

3. Illumination treatment during the growing period

September of each year to June of the following year is Rattail Crassula growth period. If there is not enough light, the plant will grow in vain, and the distance between leaves will be lengthened, making the plant form loose and the rod tender. However, if the plant grows in a sunny place, the plant form will be short and strong, and the stems and nodes will be arranged in a relatively compact way.

What is the function of Rattail Crassula

Rattail Crassula has a beautiful leaf shape with green leaves for part of the time. When the temperature difference increases and the sunshine is sufficient, the leaves turn red. In some areas, even the whole plant turns red, which is of great ornamental value.

The Rattail Crassula pot can be placed near a TV or computer, can absorb radiation, or planted indoors to absorb formaldehyde and other substances, so as to clean the air and make your room fresh.

Rattail Crassula is very fertile and can grow from a single point to a large cluster very quickly. It's great for growing in combinations because it grows so fast that it quickly covers up the empty space and makes the combination come alive!

Rattail Crassula's individual planting is slightly less effective than a combination because the color palette is so monotonous that it can be beautifully matched with a good floral arrangement! 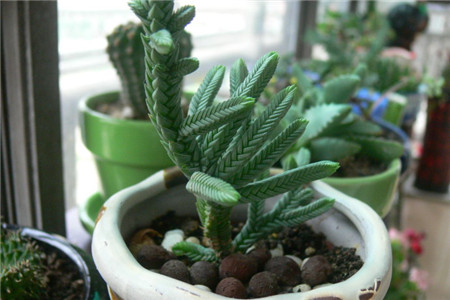 How to cut Rattail Crassula

Rattail Crassula is known for its ability to reproduce among pulping plants.

Rattail Crassula's propagation method is mainly cutting cuttings, cutting a section of the wound to dry and inserting it into the soil for rooting.

The best cutting season is spring and autumn; The success rate is higher!

When cutting Rattail Crassula, pay attention to the protection of the incision. After you cut the branches, let them dry, soak them in clean water overnight, and then insert them into the soil the next day. The survival rate is almost one hundred percent.

Rattail Crassula that was just inserted, you don't need to water it immediately, you can leave it in a ventilated area and you can water it the next day. Do not water too much, just spray it.