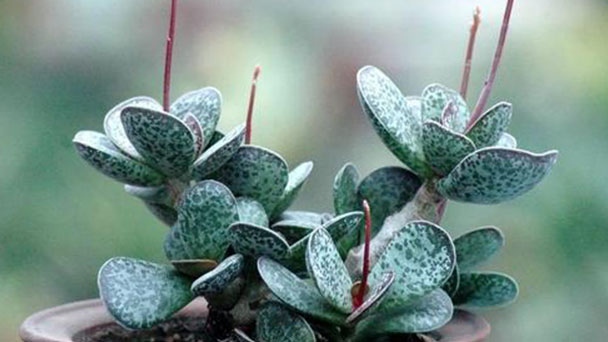 There are many varieties of succulent Adromischus, including Adromischus marianiae 'Antidorcatum' and so on.So how do we grow Adromischus?Let's read on to find out. 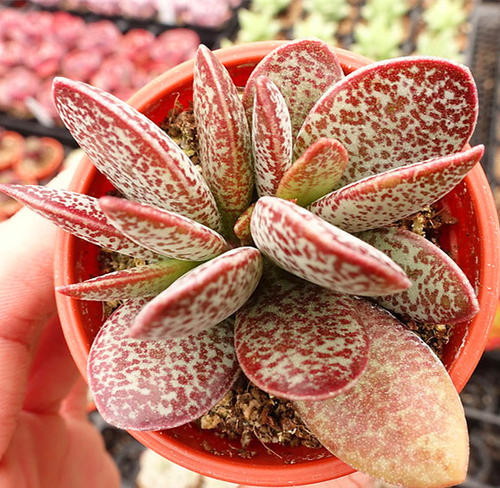 Let's start with the soil, which is relatively important. In the soil, no matter what kind of species can be generally used, mainly breathable and water-permeable, which is the same as other plants in the Rhodiaceae family.

Below for a curing environment, Adromischus typically require the sunny and cool, dry environment, half shadow resistance, afraid of waterlogged, avoid muggy. Most Adromischus have a cold, growth season, summer heat sleep habit (individual summer dormancy Adromischus variety is not obvious). If the lack of light during the process of daily maintenance, it  will be in moderate growth, make the plant leaf blade will slowly become weak;In sunny places, however, plants are short and strong, with relatively compact leaves. 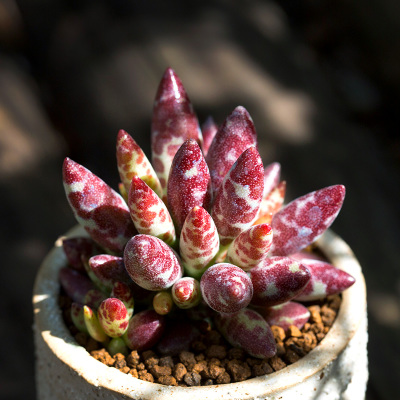 We need to keep the soil moist during the growth of Adromischus, avoid water.When the summer heat the whole plant growth slow or stop completely, this time it should be well ventilated and appropriate shading, avoid exposure, moderate water (soil is too dry leads to a small amount at the edge of the basin water slowly through the summer, to maintain the plant root system will not dry because of the excessive and dry can), not rain for a long time, to avoid plants rot.Adromischus is not able to withstand low temperature. The water is basically cut off or little water in the whole winter, and the water begins to be cut off slowly when the temperature is below 5 degrees.

Adromischus can be propagated by cutting, branches and leaves, which is relatively simple. The blade cutting is slightly slow to fade, complete and full leaves are taken out. The  wound is dried in the shade, and then placed on the soil, which is not too wet but a little humidity, and it will slowly sprout and grow new plants. 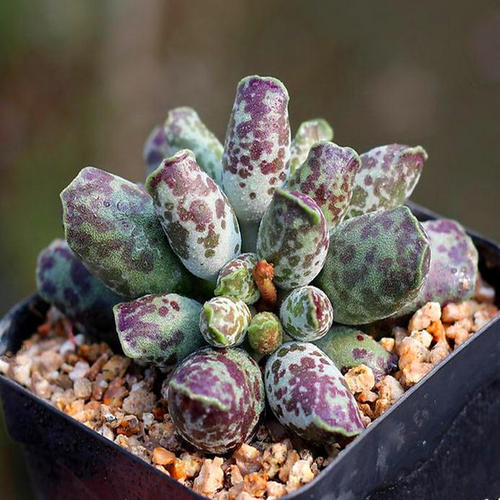