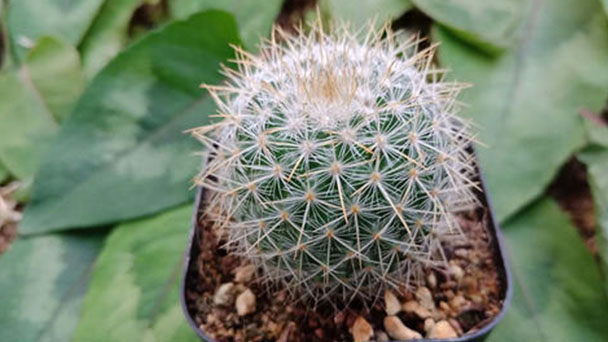 The Indian Head Cactus is usually spherical or cylindrical in shape and is usually green in color.Lateral buds are readily produced. The number of prongs is 11-15. The prickles are located on the prickles, with about 15 circumferential prickles, which are scattered and yellowish brown.Spines 1-6, reddish-brown.

The Indian head cactus blooms in the summer from the spines near the growing point above the bulb. The flowers are 3-4 cm in diameter and the pistils are bright red. The flowers close in the afternoon and open again the next morning. 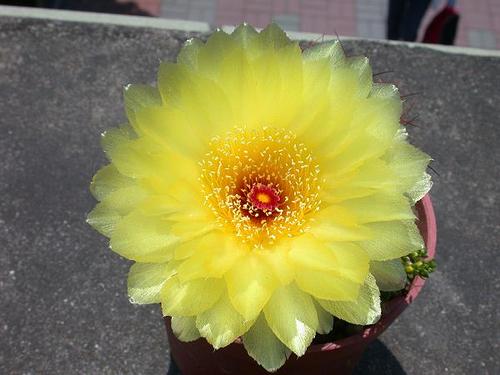 The stem of Indian head cactus is spherical or hemispherical and is usually green.

The base of Indian head cactus is prone to litter. There are no obvious edges, warts developed.

Most of the warts in Indian Head Cactus are polygonal, cylindrical or conical, arranged in a spiral pattern.

The sphere of Indian Head Cactus is densely furred or brocade, erect or slightly curved. The flowers are golden, funnel-shaped or bell-shaped.

Indian Head Cactus likes a good light environment. It is resistant to fertilizer, cold and humidity, but not direct sunlight.

Indian Head Cactus has some cold resistance and is suitable for drainage, breathable sandy loam soil.

The green royal bulb has a strong flowering nature, and can produce more than 10 buds at the same time, and open one after another.

How to grow and care for Indian head cactus

Indian Head Cactus is available in full or half sunshine.

Indian Head Cactus should avoid exposure to the sun in summer and cut off or reduce water supply in winter. It should be able to withstand low temperatures of 3 degrees Celsius and maintain certain air humidity during the growing season, but avoid excessive flooding.

The culture medium of Indian Head Cactus is sandy soil with rich humus and good drainage. 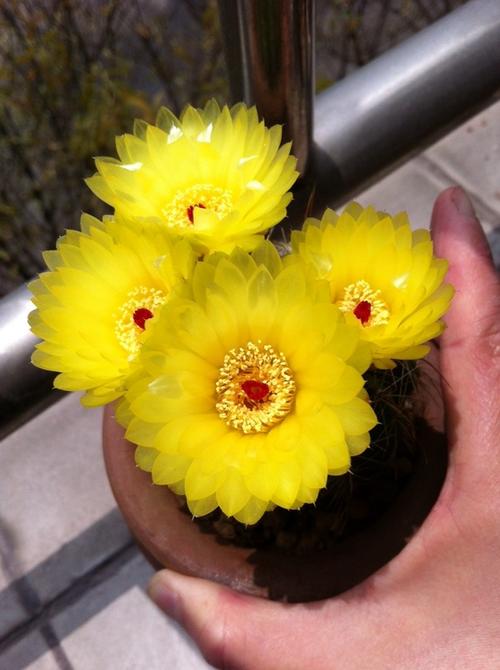 The propagation of Indian head cactus

Cutting and grafting is the main method, which is relatively simple.

Generally in addition to high temperature wet and cold winter seasons, other at any time can be cuttings.

Method: cut off the bulb from the mother of the corm with a block knife, put it in a cool shade or room, dry the incision (the incision juice is completely dry), and then insert it into sandy soil or sandy loam. It is not suitable to water after planting, if the cutting soil is too dry, you can spray a little water, making the soil slightly moist.

Water seven to ten days, if the temperature can reach 20~30℃, generally more than a month can take root.

Cut off the young ball around the mother ball with a sharp knife, cut the tail, and then cut the selected stock crosswise, so that the scion is closely connected to the central column of the stock (namely the vascular bundle), and the thread is tied, basically the same as other ball varieties grafting, the method is simple and the survival rate is high.

The distribution of Indian head cactus

Indian Head Cactus is originally from Brazil, Paraguay and Argentina.

Indian Head Cactus has been cultivated artificially in various botanical gardens, parks and nurseries in China, and there are about 20 species of the same genus in China.

Garden use of Indian head cactus

The Indian Head Cactus has beautiful spines and bright and outstanding yellow flowers. As the decorations for windowsills, coffee tables, dining rooms and desks, Indian head cactus is full of life and interest. 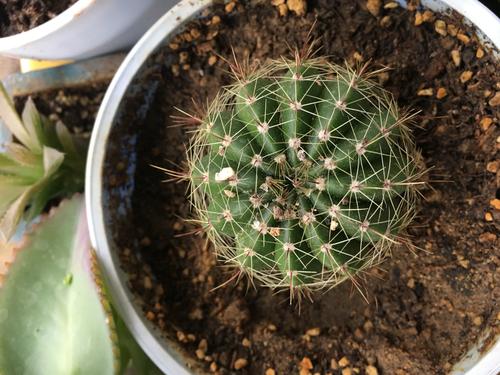