Cactus is a variety of Prickly pear cactus. Cactus belongs to succulent shrubs, and it’s normally 1.5-3 meters high. The upper branches are broadly obovate, obovate-elliptic or nearly round, green to blue-green, and glabrous. The thorns are yellow, with light brown stripes and hard. Barbs stand upright. The leaves are diamond-shaped, green, and fall early. The flowers are radial. The receptacle is obovate, the base is tapered and green. The calyx-like perianth is yellow with green ribs. Filaments, anthers and styles are pale yellow. The berries are obovoid, with a sunken tip, smooth and hairless, purple-red, barbed bristles and diamond-shaped spines. The seeds are mostly oblate, with slightly irregular edges, hairless and light yellowish brown. The flowering period of cacti is generally from June to October.

MedicinalEdibleFeed
Cacti are native to Mexico, the United States, the West Indies, Bermuda and northern South America. Introduced in China in the late Ming Dynasty, it is commonly cultivated in southern coastal areas. Cacti are light-loving and drought-tolerant, and are suitable for growth in neutral and slightly alkaline soils. It is usually planted as a fence, the stem is used for medicinal purposes, and the berries are sweet and sour and edible.

Cactus is a cluster of Succulent shrubs, 1.5-3 meters high. The upper branch is obovate, obovate-elliptic or nearly circular, 10-35 cm long, 7.5-20 cm wide, 1.2-2 cm thick. The apex is round , and it usually irregularly wavy at the edge. The base is wedge-shaped or tapered, green to blue-green, it is generally hairless. The spines of the Cactus are yellow, with light brown horizontal stripes, thick diamond-shaped, somewhat spread out and inwardly curved, flat base, hard, 1.2-4 cm long, 1-1.5 mm wide. The barbed bristles are dark brown, 2-5 mm long, erect. 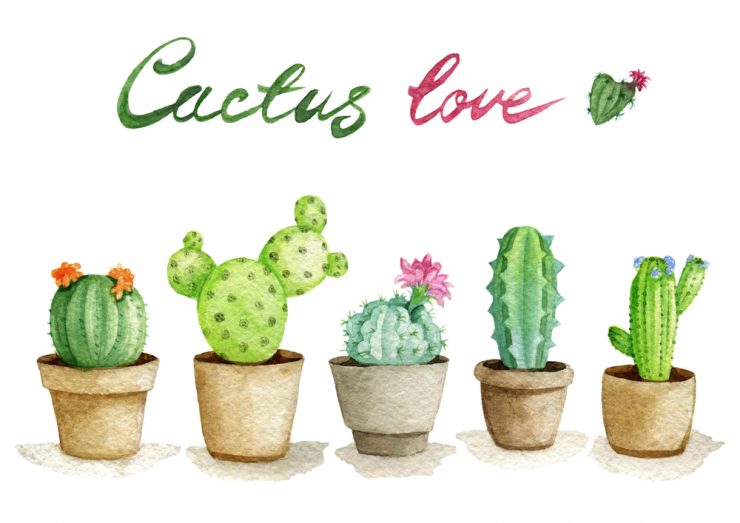 The Flower is radial, 5-6.5 cm in diameter. The receptacle is obovate, 3.3-3.5 cm long and 1.7-2.2 cm in diameter. The top is truncated and concave, and the base is tapered and green. Calyx-like perianth is obovate to narrowly obovate, 10-25 mm long, 6-12 mm wide, apex acutely pointed or round with small pointed head, yellow, with green ribs. Petal-shaped tepals are usually obovate or spoon-shaped obovate, 25-30 mm long, 12-23 mm wide, round, truncated or slightly concave at the apex, with full or shallow eroded edges. The filaments are light yellow, 9-11 mm long. The anthers are about 1.5 mm long and yellow. The style is 11-18 mm long, 1.5-2 mm in diameter, light yellow. The cactus has 5 stigmas, 4.5-5 mm long, yellowish white.
The berry of Cacti is obovoid, with a concave tip and a stalk-like base, which is 4-6 cm long and 2.5-4 cm in diameter. The surface is smooth and hairless, purple-red.
The seeds are mostly oblate, 4-6 mm long, 4-4.5 mm wide, and 2 mm thick. The edges are slightly irregular, hairless, and light yellowish brown. It  flowers from June to October.

Cactus is native to the east coast of Mexico, southern and southeastern coastal areas of the United States, West Indies, Bermuda and northern South America. It grows in the Canary Islands, India and eastern Australia. It is introduced in China in the late Ming Dynasty and is commonly cultivated in southern coastal areas. It is wild in Guangdong, southern Guangxi and coastal areas of Hainan.
Cactus prefers sunlight, warmth, drought tolerance, fear of cold, waterlogging, and acidic soils. It is suitable for growth in neutral and slightly alkaline soils with a pH of 7.0-7.5. For this reason, family-grown cacti should be placed on windowsills with sunlight, and a slightly alkaline sandy soil with good ice turning should be selected.

Cacti was first published as a medicinal plant in China in the Supplements to Compendium of Materia by Zhao Xuemin in the Qing Dynasty. Just as the book records, Cactus has a light taste, has the properties of promoting blood circulation, clearing heat and detoxification, reducing swelling and pain, strengthening the spleen and relieving diarrhea and calming nerves, and it has oral and external use to treat various diseases. Cactus is mainly used to treat boils, swelling and poison, and it can also treat stomach pain, lump abdominal pain, acute dysentery, intestinal hemorrhoids, diarrhea, and asthma. 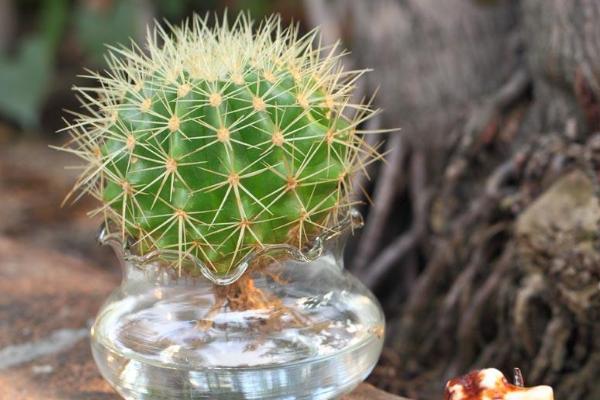 Cacti berries are sweet and sour and edible. Cacti fruit is fragrant and sweet, tender and juicy. It is usually fresh food. Mexico and other places also use fresh fruit to be processed into cans or alcoholic beverages. You can also add honey, milk and ice cubes to make juice, and make ice cream with a better flavor.

The succulent stems of Cacti contain a large number of comprehensive nutrients and trace elements, which are much higher than other crops. Therefore, in many arid areas of Mexico, Cacti for feed are grown in patches as the only source of feed for livestock. Cactus is fed with other feedstuffs for cattle, sheep, pigs and other livestock. It is not necessary to feed water separately throughout the year, and the feeding effect is very good.

Cacti are planted in the family, and asexual reproduction is often used, that is, the ramification method, the cutting method and the grafting method. 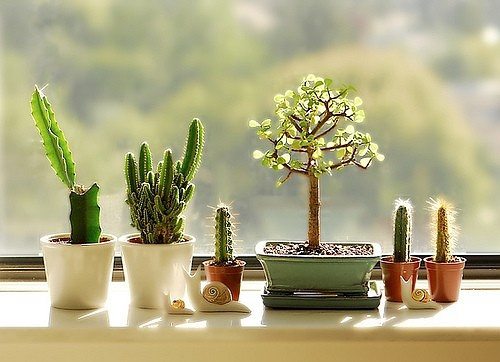 Most Cacti flowers are easy to meristematic seedlings or sub-balls, and their seedlings or sub-balls are removed and planted again, which is easy to survive. For some varieties that are not easy to reproduce the ball, the cutting method can be used to force it to reproduce the ball. That is, the upper part of the stem of the mother plant is cut off (the cut part can be used for grafting or cuttings), so that it loses the upper growth point and can no longer grow upward. Strengthen water and fertilizer management, you can grow new ball.

Family cultivated cacti are mostly reproduced by cuttings, with a very high survival rate. Cutting time can be in spring, summer or autumn. Cuttings should choose stems that are not old and tender. After cutting the stems from the mother plant, you’d better place them in a semi-shaded ventilated place for 5-7 days. When the cut is dry and the cortex slightly shrinks inward to form a film, it's time to cut the cuttings again, the length of the cuttings is 10 cm, and the depth is 3 cm. You ought to insert it into the sterilized sandy soil and water it a few days later. It can be slightly moistened during watering to prevent the cuttings from rot. Cacti usually take root after 20 days of cuttings.

You'd better choose small flower pots instead of large ones. Generally, as long as they are slightly larger than the plant shape, small tiles can be placed on the bottom of the pot to facilitate drainage. Don't bury too deep when planting, just stand firmly. 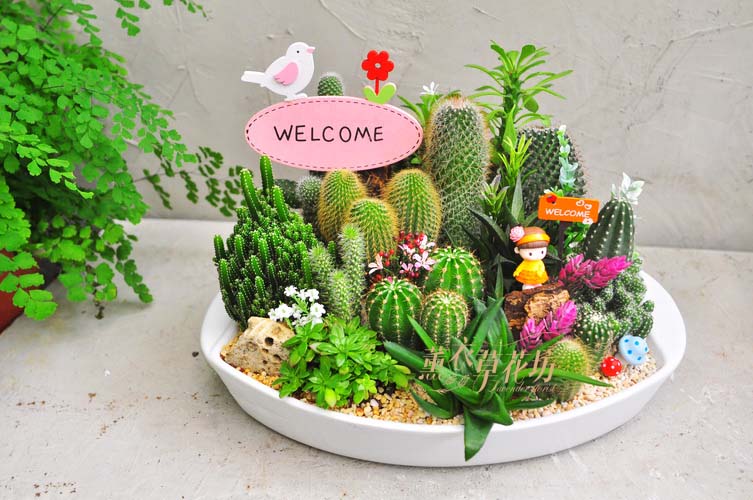 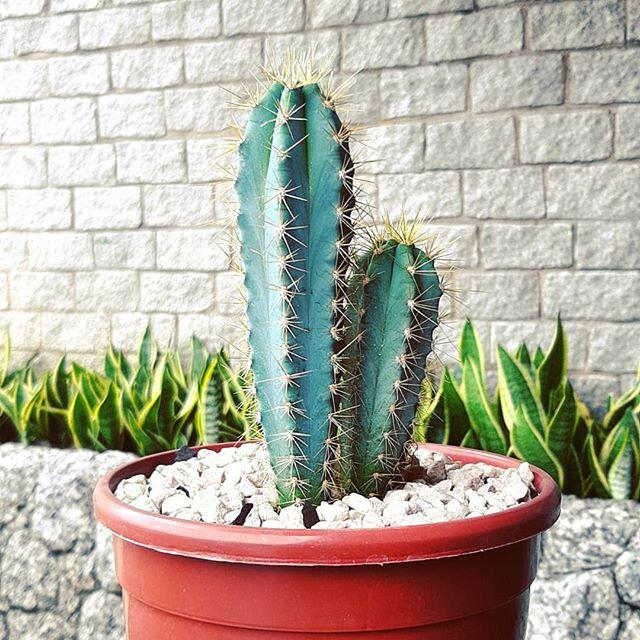 Cacti can promote plant growth in the sun. For this reason, more sunlight should be seen, but shade should be provided in midsummer to prevent sunburn from direct sunlight. For the Cacti that has been placed in an unventilated place for a long time, it is easy to be harmed by red spiders in the dry and hot season, showing a senile yellow-brown, which affects its growth and ornamental value. To avoid the above phenomenon, it should be placed in a well-ventilated place. In addition, Cacti are prone to frostbite when the temperature is lower than 5°C, so frostbite damage should be prevented in winter. 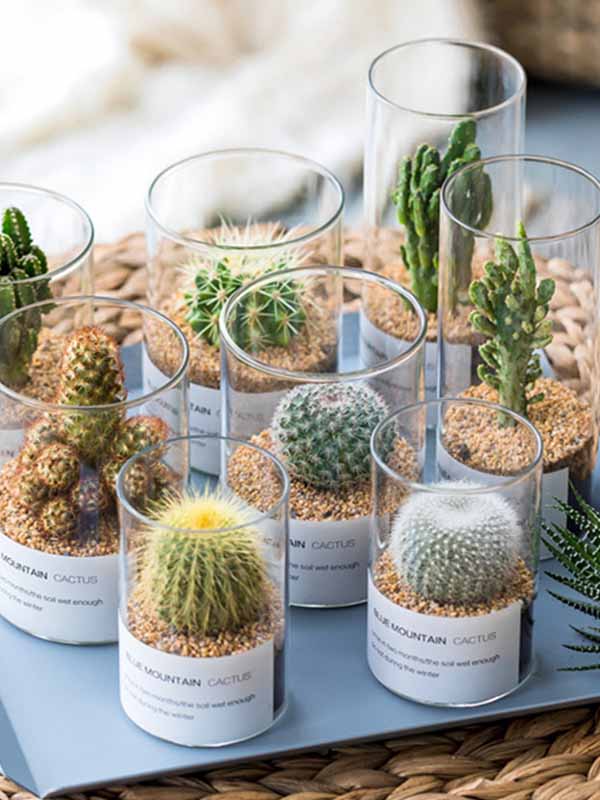 Cacti is drought-tolerant, watering should be little but not too much. It’s a good choice to avoid water accumulation in the basin and keep it semi-humid. June to August is the vigorous growth season of cacti. If you want to promote its rapid growth, you should generally water it once a day. To keep the soil moist, you'd better pay attention to drainage during the rainy season, and do not water during the dormant period. It's not suitable to water the stems with hairs or white powder and grafted parts. Fertilization is in the vigorous growth season, but fully decomposed organic fertilizer or fertilizer with residue should be used for fertilization.

The root system of Cacti flowers is developed, increasing and aging, and also excretes an organic acid that acidifies the soil. It is necessary to change pots and add new cultivation soil 1-2 times a year. The pot change time of Cacti should be in the dormant period, and it can be changed in early spring in March or autumn in October. When changing pots, the old roots of Cacti should be cut off, and the long roots should be cut short to promote new roots. 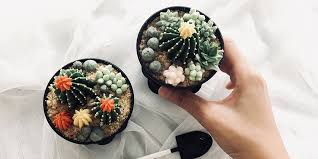 The weak thing loses its life when touching it. God couldn't bear it, and added a set of armor to her heart, which is as hard as iron, and it just likes steel thorns that hurt people. Since then, no one can see the heart of the cactus anymore, and all creatures that approach such a plant will be bloody and hurt. A long time later, when a brave man wanted to eradicate this evil, the sword fell, and the cactus became two halves, but from it was green liquid. It turned out that it was the heart of the sealed Cacti, and because no one understood the loneliness, it turned into tears. So the flower language of the Cacti is strong.