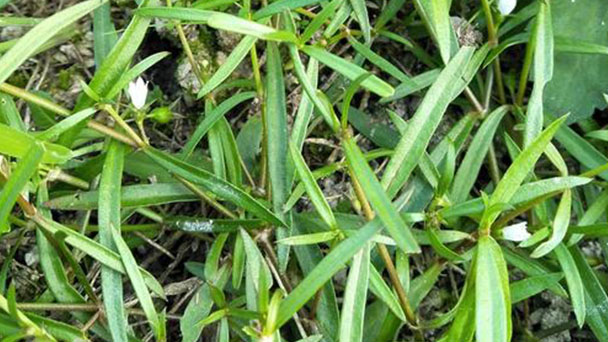 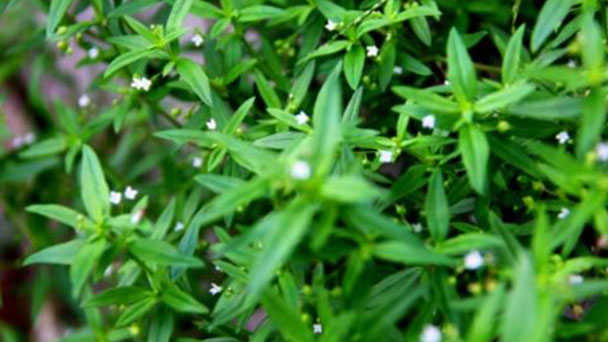 The leaves of oldenlandia diffusa are opposite, sessile, membranous, linear, 1-3 cm long, 1-3 mm wide, short-pointed at the top, often dorsal when the margin is dry, smooth on the top, and sometimes rough on the bottom; the midrib is sunken on the top, the lateral veins are not Obvious; the stipules are membranous, the base is combined into a sheath, 1-2mm long, and pointed. 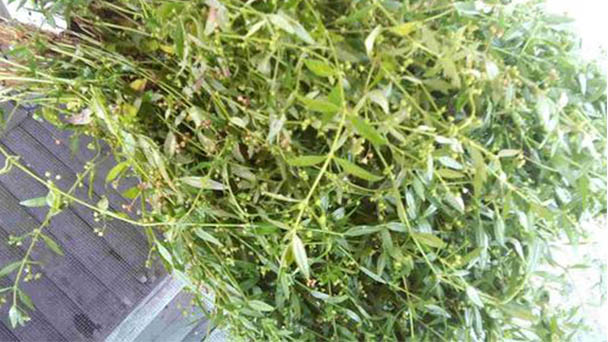 The breeding method of Oldenlandia diffusa

Oldenlandia diffusa is used for sowing and breeding

1. Sowing time and sowing amount. The sowing time of Oldenlandia diffusa can be divided into spring sowing and autumn sowing. Spring sowing can be used as a commodity, and autumn sowing can be used as a commodity and as a reserve. Spring sowing is in the southern rice cultivation area, preferably from late March to early May, after spring sowing is harvested. It can be continuously planted in situ, or it can be cultivated with roots. The autumn sowing takes place in mid-to-late August. One mu of land requires 1 kg of seeds.
2. Treatment of seeds before sowing. Since the seeds of hedyotis diffusa are small and are contained in the fruit, in order to improve the emergence rate, seed treatment should be carried out before sowing. The specific method is: put the fruit of hedyotis diffusa on the concrete ground and use a wooden stick wrapped in rubber or cloth. Rub gently to remove the wax from the peel and seeds, and then mix the small seeds with fine soil several times to facilitate even sowing.
3. Sowing method. The sowing of Oldenlandia diffusa is divided into two types: drill and broadcast. The row spacing is 30 cm; sowing the seeds with fine soil evenly on the border surface, lightly press or pat with a Bamboo broom, cover a thin layer with straw after sowing, shade during the day, and uncover at night until the seedling emerges After sowing 4 leaves, or after sowing, use pig pens to thinly cover the border surface and leave space, which not only shades, but also loosens the soil, which is conducive to the emergence of seedlings. Spray water once in the morning and evening to keep the border moist. , But don't accumulate water. Cover the rice straw for sowing in autumn to prevent exposure to the sun and affect the emergence of the seedlings. When the seedlings have 4 leaves, remove the covered rice straws. If the roots are left for reproduction in autumn, no shade is needed. It is better to be moist and not to accumulate water.

In vitro tests showed that the antibacterial potency of this product was very low, but the anti-infective effect was obvious after oral administration. By stimulating the reticuloendothelial system and increasing the phagocytic function of leukocytes to improve the bactericidal power of serum, the ability of leukocytes to swallow Congo red in the administration group was higher than that of the control 4 times. Microscopic examination showed significant proliferation of the reticuloendothelial system, hyperplasia of reticulocytes, abundant cytoplasm, active phagocytosis, and densification of argyrophilic substances in lymph nodes, spleen, liver and other tissues, indicating that the body's defense function is strengthened. It can enhance the humoral immune function and significantly increase the number of hemolytic plaques in the spleen of mice.

Oldenlandia diffusa can significantly inhibit the mitotic phase of mouse sarcoma 180 cells, especially the mitotic phase, and cause tumor tissue necrosis. Containing triterpene acids for lymphosarcoma No. 1, ascites type, cervical cancer 14, liver cancer solid type, sarcoma 180, coumarins for cervical cancer 14, sarcoma 180, liver cancer solid type, polysaccharides for lymphosarcoma No. 1 Both the ascites type and the subcutaneous type of Ehrlich ascites carcinoma have a significant inhibitory effect. It is believed that Oldenlandia diffusa is a broad-spectrum anti-cancer drug, and it contains not one anti-tumor component. Therefore, in the 180 mice with sarcoma treated with Hedyotis diffusa, in addition to the inhibition of tumor cells, there are lymphocytes, neutrophil infiltration, lymph node, splenic reticuloendothelial cell proliferation, and the formation of lymphatic foci in the liver. The hyperplasia and hypertrophy of the cells are obvious.

Oldenlandia diffusa has the effect of inhibiting the development of mouse spermatogonia to primary spermatocytes, and the seminiferous tubules become hollow. Clinical studies have also shown that: after 3 weeks of oral administration of this product, the sperm counts of the subjects are significantly reduced.

The water extract of Oldenlandia diffusa product can reduce the mortality of mice poisoned by coral snake venom. (Toxicity: the half lethal dose of the extract, intraperitoneal injection of 104g crude drug/kg in mice.)