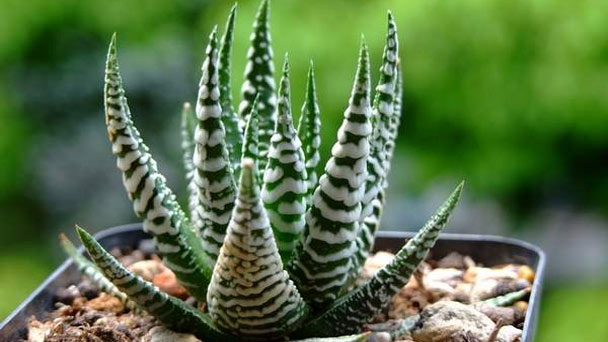 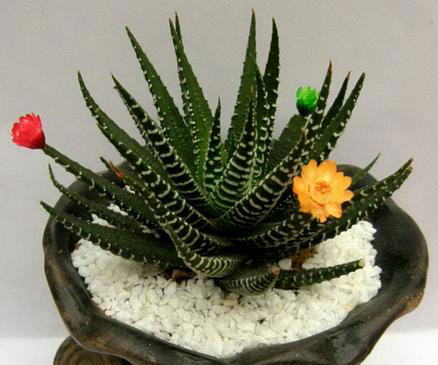 This South African succulent stands out for its erect, multifarious leaves having streaks of white tubercles on the green outer surface which gives it the Zebra effect. When stressed (mainly due to long hours in the hot sun), the tip of the leaves may turn red. Haworthia fasciata has a miniature leafy stem that appears to be almost invisible. Due to its slow-growing nature, the Zebra Haworthia rarely blooms especially when planted indoors. When it does, blooms appear in summer characterized by tiny, tubular pink or white flowers on an inflorescence (a thin tall stem).

Haworthia Fasciata or the Zebra plant, is native to the Eastern Cape of South Africa. haworthia fasciata always get the good ones.It was introduced to Europe in 1600 by a group of adventurous collectors and is now a popular household beauty around the world. 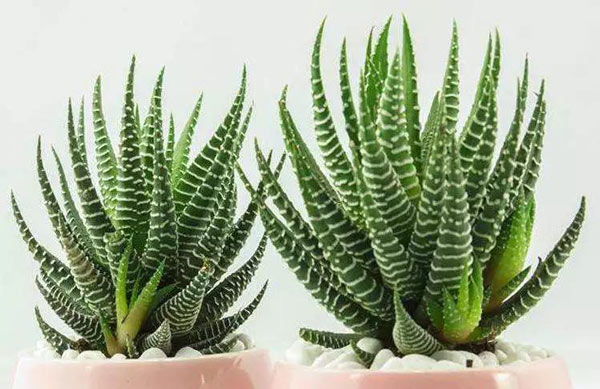 How to Grow & Care for Haworthia Fasciata

How to Grow Haworthia Fasciata

Propagating Haworthia Fasciata is pretty simple and can be done using offsets or stem cuttings. However, most prefer doing it through offset as it is easier compared to using stem cuttings. Now, if you want to try doing it using Haworthia Fasciata stem cuttings, all you have to do is to get a healthy one with at least 4 to 6-inches in length. Allow your cuttings to dry out, then place it in a mix of perlite and moist peat. Make sure to cover your cuttings in plastic to retain moisture, and place it in a spot where the temperature is between 70 to 80 degrees Fahrenheit and under indirect sunlight. After about 3-4 weeks, your cuttings should already have grown new pups. When you repot Haworthia fasciata you can separate the offsets from the parent. Use a sharp knife and cut as close to the parent plant as possible, ensure the offset has some roots. Sometimes a knife isn't even needed as the offset will be loose like a wobbly tooth and just come away naturally with a small tug. Just don't be too aggressive. Wait a day for the offset to dry slightly this reduces the chances of the raw “wound” from rotting when added to compost. Then pot up in a small container using a standard potting or Cactus compost mix. Water and keep warm. 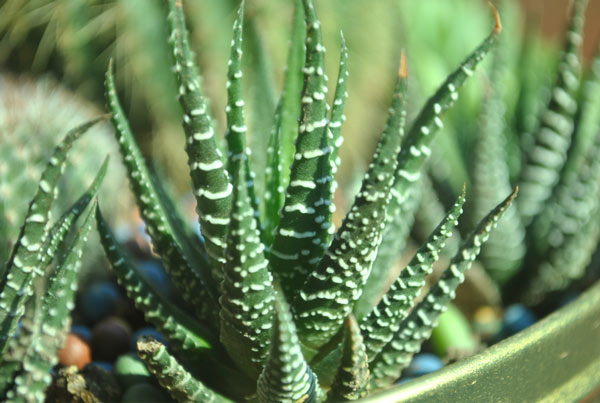 How to Care for Haworthia Fasciata 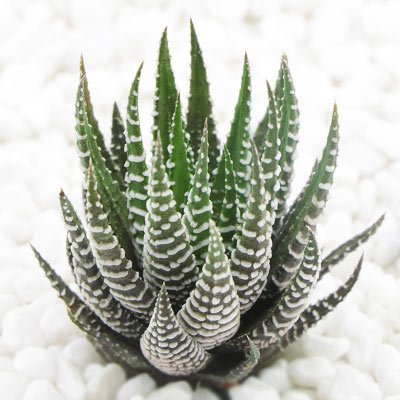 Haworthia fasciata plants make excellent additions to desert dish-gardens. Display these window sill succulents in small pots. It is another way to appreciate the beautiful foliage of this extraordinary plant. 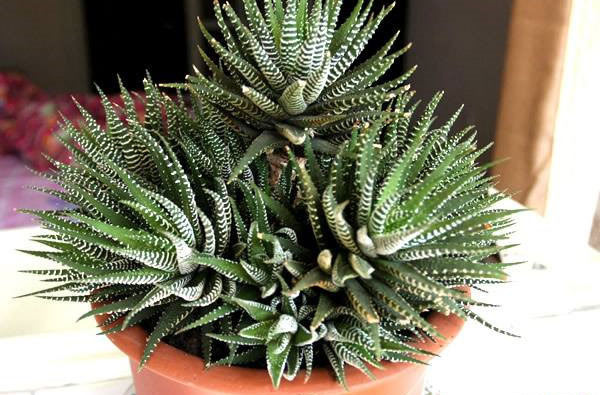 Fortunately, Haworthia fasciata does not suffer from many pest invasions. Spider mites and mealybugs are the most common insects that occasionally plague it. Nothing too unordinary. These scale bugs stick to the leaves, robbing the Haworthia fasciata plant of the essential nutrients. If the Haworthia Fasciata is attacked, the easiest way to handle this problem is to spray the affected plant using a good-quality pesticide.