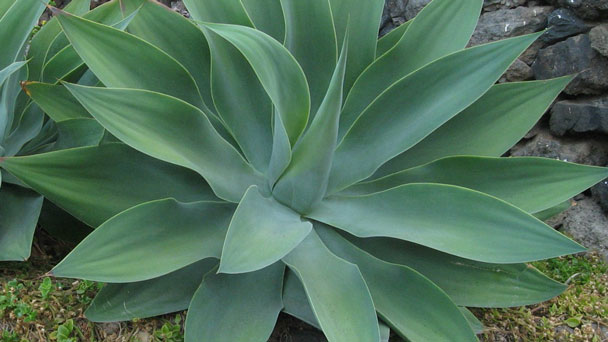 Also commonly known as the fox tail, Foxtail agave is a succulent plant native to Mexico. foxtail agave plants are short and wide, growing low to the ground, and they make for excellent ornamental additions to gardens that receive ample sunlight. Desert plants by nature, Foxtail agave can fare well with minimal watering, but it is recommended that you offer your plant a healthy drink of water about once a week or so, especially during warmer months or if your plant sees direct sunlight for a good portion of the day.

Foxtail agave is a rare species and is native to mountain habitats in central Mexico. 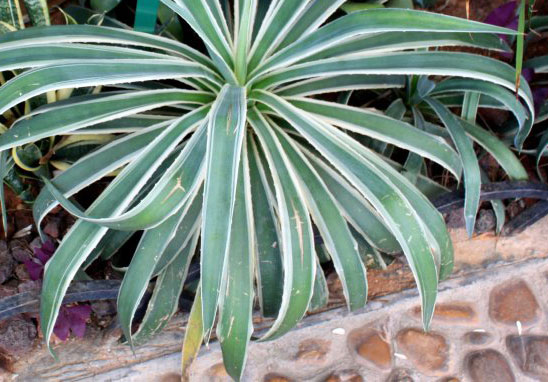 How to Grow and Care for Foxtail Agave Plant

How to Grow Foxtail Agave Plant

Start Foxtail agave (Agave attenuata) seeds in a 50/50 mix of commercial soil and sifted crushed granite. Cover the seeds in a small plastic pot with a small measure of the soil mixture. Usually this is about the diameter of the seed. They should not be placed very deep into the soil. They should be just below the surface. Set the pot in a pan of distilled water and leave there until you see that the soil is wet. Remove the pot and then allow to drain for several minutes. Cover the pot with a plastic bag and secure with a rubber band. Set the seedling on a windowsill where it will receive diffused light instead of direct sunlight. The seedling will begin to sprout after about 4 weeks. Luckily, some plants have mechanisms in place to help propagate themselves, the Foxtail agave being one of them. These plants naturally grow long protrusions known as "suckers" from near their own base, which grow upward and outward, resembling an elephant's trunk (which is why they're sometimes referred to as the elephant trunk plant).
If your Foxtail agave has sprouted one or more suckers and you wish to repot them to make new plants, carefully pull the sucker away from the parent plant. Then, give them a little time to dry out, which will reduce the risk of your new plants acquiring root rot and oftentimes resulting in an early death. Once they've dried out, repot them in a container or elsewhere in your garden, and be sure to offer your new baby foxtail agave plant plenty of water and sunlight during the growing stages. One way to propagate Foxtail agave is by separating pup plants from the mother. These pups appear around mature Agave plants and appear as smaller versions of the same plant, usually found near the base of a large stem.
You can cut the pup at a slanted angle away from the larger plant. When cutting, take care to leave a bit of the stem that attached the pup to the parent plant, which will provide a healthy area for the new roots to form.
Once your pup is separated, allow the cut part to air dry until a hard callus form over the area, and once that end is hardened (which could take anywhere from several days to a few weeks), place it in a container of soil deep enough that the pup is supported and won't fall over. 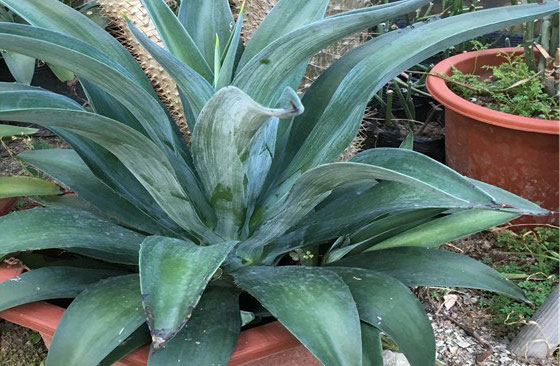 How to Care for Foxtail Agave Plant

The fox tail agave is a full sun plant and thrives in these conditions. Foxtail agave (Agave attenuata) can acclimate to partial shade, especially if the shade is during the afternoon, as the plant can struggle with excessive heat and might appreciate some respite during the hottest part of the day. When the soil is sufficiently drained the Foxtail agave would grow very well and when in pots a good succulent and cacti mix and when in the ground a proportionate 70% parent soil to 30% succulent and cacti mix would be ideal. Like many succulents, the fox tail agave is drought tolerant and can withstand long periods without moisture. However, it will be at its best when it receives regular water. The amount of light your Foxtail agave plant gets and the temperature it is in will have a large impact on how often it needs to be watered. Foxtail agave plant loves heat, is sensitive to frost, at temperatures below -2 ° C can be seriously affected. The fox tail agave does not rely on regular feedings to thrive, and in fact, can live happily for many years with just the nutrients contained in its soil. If you do want to fertilize the plant, use a diluted liquid fertilizer during the summer months, and refrain from fertilizing at all during winter. Be careful not to apply fertilizer too frequently as this can cause more harm than good in this plant. Foxtail agave requires little pruning beyond removing old or damaged leaves and trimming back the dead shoot after flowering has finished. 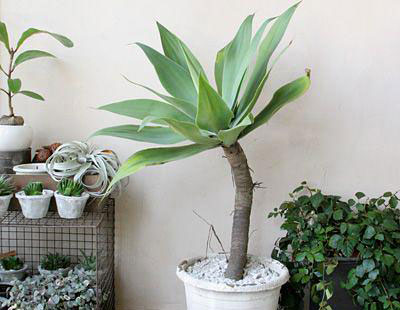 Foxtail agave (Agave attenuata) is fantastic for adding interesting form and texture to garden beds. Foxtail agave have long been highlighted in gardening magazines and television shows, used as features in pots, courtyards and landscapes. They are particularly popular in modern garden designs. These Agaves are great used as feature plants in Mediterranean and modern style landscapes, pots and containers, rockeries, embankments and tropical style gardens. They look fantastic in pots on verandahs & balconies and can be planted as courtyard features. They will tolerate exposed sites and look great interplanted with other succulents, cacti, flax, bird of paradise, mondo and bongo grass. Unlike many agaves, Foxtail agave has no teeth or terminal spines, making it an ideal plant for areas adjacent to footpaths.
Foxtail agave make excellent show plants as one can grow a relatively large, old Foxtail agave plant in a pretty small pot. They are natural works of art and grow into very predictable sizes and shapes. Sometimes suckering is a desirable trait in a show plant. 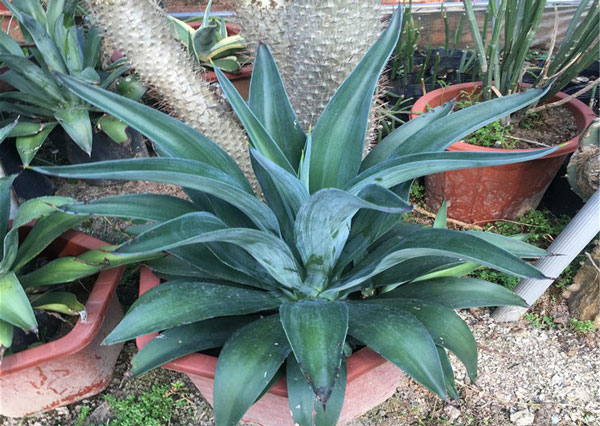 Some other varieties of the fox tail agave include the following.
Agave attenuata ‘Variegata’
This variety of fox tail agave is commonly known as lion’s mane agave, and it’s easy to understand why upon viewing the plant. Its pale green leaves feature vertical stripes of yellow, which give the impression of a lion’s mane when the leaves are packed into a rosette shape. This plant has similar care requirements to the fox tail agave but is less likely to enjoy partial shade. To maintain the variegated pattern, it is best to keep this plant in a position of full sun.
Agave attenuata ‘Nova’
This fox tail agave goes by several other names, including ‘Boutin Blue.’ It has wide blue-green foliage and is slightly more tolerant of cool weather than its relatives. It is hardy through USDA hardiness zones 8 to 12.
Agave attenuata’ Ray of Light’
This agave has variegated leaves, which are gray-green in the center, and then fade out to a paler green before merging into creamy yellow on the leaf margins. Foliage develops from a chunky central stem, which typically grows to 4 or 5 feet in height. 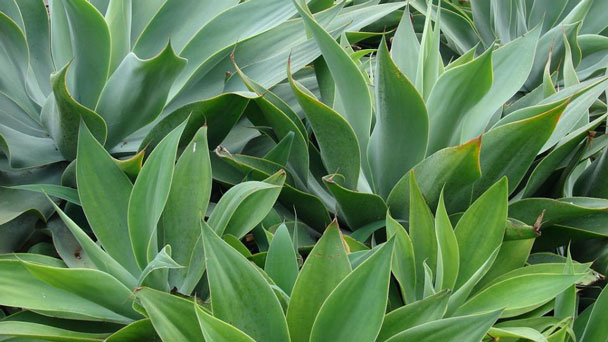 When grown outdoors Foxtail agave (Agave attenuata) are susceptible to plant-eating insects such as the Agave snout weevil, soft scape and the Cactus longhorn beetle. Signs of infestation include withering or dry leaves and brown spots. Treat infested plants with a broad spectrum insecticide or diluted neem oil for a natural alternative. Agave can also fall victim to bacterial and fungal infections, including leaf spot and crown and root rot. Treat Foxtail agave with an antifungal agent occasionally to prevent infection. Destroy affected plants to prevent the spread of the disease. 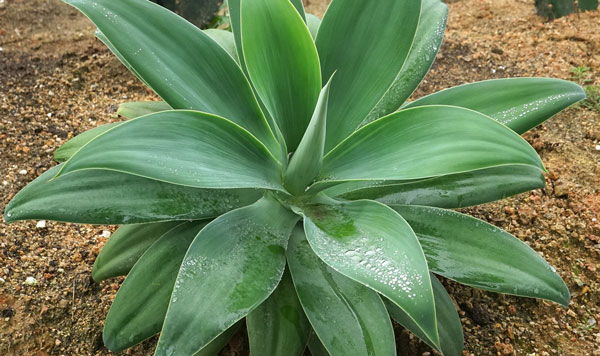 Foxtail agave (Agave attenuata) brings flamboyance and a colorful texture to any garden bed and have been the darling in many gardening magazines, television shows, used extensively as feature spots on other shows and being the centerpiece of landscaping ideas.
Generally popular in modern garden designs the agave attenuata is extensively and popularly grown in Mediterranean and modern style landscapes, in pots and containers, embankments and tropical styled gardens.
Use it as a background plant or as an understory in the protected shade of a large canopy tree. Foxtail agave plant can also be planted in shaded entryways and large planters for tropical effects. Use it around fountains and pools, or where bold foliage is needed. This is a great background plant in annual and perennial color plants or as an accent in cactus and succulent gardens.