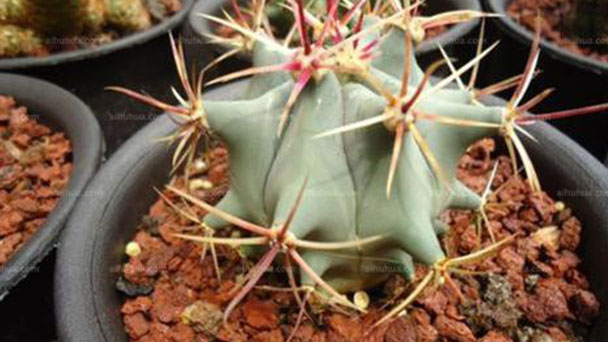 Emory's Barrel Cactus (Ferocactus emoryi), also called Coville's barrel cactus and traveler's friend, is a genus of Cactus in the family Cactus. Emory's Barrel Cactus is oblate to spherical, then cylindrical, with grey-green body color, epiphytic white hairs on the spines, and orange yellow funnel-shaped flowers. This variety is suitable for open field or pot ornamental. 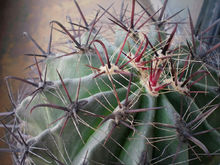 Ferocactus emoryi (Emory's Barrel Cactus)belongs to the Cactus family strong spiny ball genus, plant flat round to spherical, cylindrical, gray green body color, spiny white hair epiphytic. The diameter of the ball is 30 ~ 35cm, and the height can exceed 1m. With 8 to 13 verrucous protruding edges, the large bulb can be added to 22 to 32 edges. There were 5 ~ 8 circumferential spines, 1 central spines, and the ends were curved. New thorns red and white ask miscellaneous, old thorns light yellow or light brown. The flowers are orange yellow, funnel-shaped, 6 -- 7cm in diameter.

Ferocactus emoryi (Emory's Barrel Cactus) is native to Mexico and the southern state of Texas.

Garden use of Emory's barrel cactus 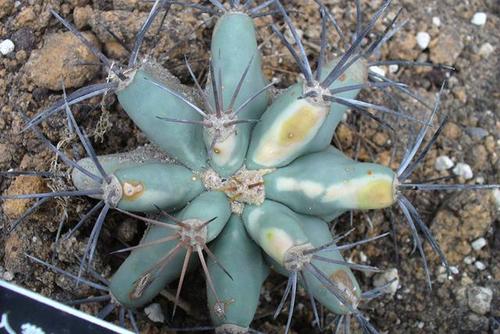 Often take cutting the top to promote the birth of the ball, and then grafting propagation.

How to grow and care for Emory's barrel cactus

Ferocactus emoryi (Emory's Barrel Cactus) is a desert plant that is drought-tolerant and prefers drier soil, and needs to be watered carefully even in bloom. Water the soil according to the dry moisture level. Keep the soil slightly moist, but not too wet.

Ferocactus emoryi (Emory's Barrel Cactus) needs to consume a certain amount of nutrients during the flowering period, so timely fertilization is required during this period. It is suggested to choose liquid fertilizer with phosphorus and potassium as the main elements for fertilizing, and control the amount of fertilizer, fertilizing each time before and after the flowering period. 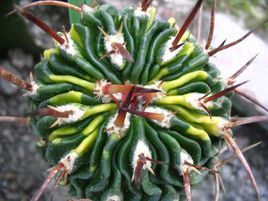