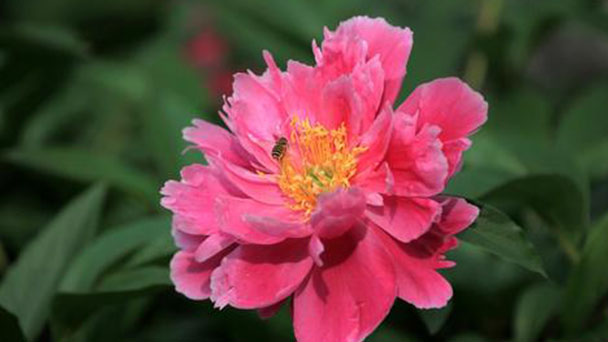 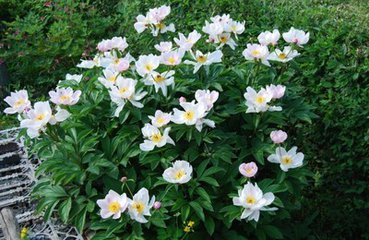 Roots: Roots consist of three parts: root neck, root tuber and fibrous root. The head of the root (as distinguished from the "rhizome", which is the root, and the rhizome is the stem) is the uppermost part of the root, dark in color, and bearing buds; Root tubers are produced by the lower part of the root neck, fleshy, sturdy, spindle-shaped or long column, 0.6 ~ 3.5 cm thick, pale yellowish brown or gray purple appearance, white inside, rich in nutrition, root tubers generally do not directly sprouts, but after breaking can sprout smaller new buds, so the autumn collection of more than 5 cm of broken roots can also breed; Fibrous roots are mainly derived from root tubers, and they are the main organs for absorbing water and nutrients, and can gradually evolve into root tubers. chinese peony roots can be divided into three types according to their appearance: thick root type, sloping root type and uniform root type. Coarse root type, the root is more sparse, thick straight extension;Slope root type, root spread to all sides, uneven thickness; Uniform root type, suitable density of root strips, uniform thickness, etc. Roots can be used as medicine.

Stem: by the root of the tuft, about 50 ~ 110 cm high, herbaceous, cylindrical stem base, the upper end of many edges and corners, some twisted, some straight stretch, Yang part is purple red.

A two to three at the bottom of the leaf: pinnate, namely the leaves at the end of the lobules of a bunch of leaf, from 3 sides and each have a bunch of leaf, each beam on both sides of the leaf usually consists of four slices of lobular, central compound leaves, at the end of the three slices of lobular unchanged, on both sides of the small leaf number began to decrease, instead of four slices of gradually reduced to 3 pieces, 2 pieces or 1 piece, or even disappear, when disappeared, end only three slices of lobular, then called three times pinnately, at the top of the blade is simple. Leaves are 20 ~ 24 cm long, leaflets are elliptic, narrowly ovate, needle shaped, etcThe tip of the leaves is long and pointed, the whole margin of the microwave, the margin of the leaves is densely white bony teeth, the surface of the leaves is yellow-green, green and dark green, the back of the leaves is pink green, hairy or glabrous. The leaves of Chinese peony are also of ornamental value. The "green peony" in the "red light flashing green peony" is a compliment to the leaves, so it can also be used as a leaf viewing plant.

Flowers: generally open alone in the stem of the top or near the top leaf axils, there are also some rare varieties, such as 2 flowers or 3 flowers. The original flowers are white, the flower diameter is 8 ~ 11 cm, the petals are 5 ~ 13, obovate, the stamens are many, the filaments are yellow, the disk is shallow cup, the base of the carpel is wrapped, the tip is blunt round, the carpel is 3 ~ 5 glabrous or hairy, the top has a beak; Horticultural varieties are rich in color, including white, pink, red, purple, yellow, green, black and complex colors. The flower diameter is 10 ~ 30 cm, and the petals can reach 100, some varieties even have 880. The flower type is changeable.Flowering stage is from May to June, and fruiting stage is from August.

Fruit: follicles, fusiform, elliptical, bottle shaped, smooth, or have fine fuzz, a small tip.2 ~ 8 free, composed of a single carpel, ovary 1 locule, containing 5 ~ 7 seeds. It has medicinal value. The seed is black or black brown, the seed is large, is round, oblong or sharp round.

Chinese peony is cold resistant. In northern provinces, it can overwinter on the open ground and enjoys a cool climate in summer. Planted in sunny places, vigorous growth, many and large flowers; Although may also blossom if be in a slightly shade place, but growth is poor. Chinese peony requires deep soil loam and sandy loam. On clay and sandy soil, although flowering, but not as fast as the former growth.Saline-alkali land and low-lying land are not suitable for cultivation. The soil must be well drained and grows best in moist, well drained soil. This is especially true if the soil is kept moist and not too dry from fall to spring. 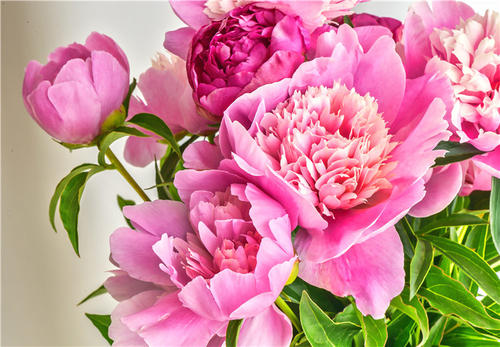 Chinese peony growing period sufficient light, in order to grow luxuriant, beautiful color; But in light shade can also be normal growth and development, in the flowering period can be appropriate to reduce the temperature, increase humidity, from the burning of strong sunlight, thereby extending the ornamental period, but if excessive shade, it will cause futility, growth weakness, can not blossom or bloom dilute sulfur.

Chinese peony is a long-day plant, which differentiates into flower buds in the short-day season in autumn and winter, and flowers in the long-day season in spring. Bud development and flowering should be carried out under long sunshine. If the sunshine time is too short (8 ~ 9 hours), it will lead to delayed bud development, accelerated leaf growth, poor flowering, and even can not blossom.

Chinese peony is a deep-rooted plant, so it requires deep soil layer, but also thick fleshy roots, suitable for loose and well-drained sandy loam, clay and sandy soil in poor growth, soil water content is high, poor drainage, easy to cause rotting roots, neutral or slightly acidic soil is appropriate, salt alkali soil is not suitable for planting; It is better to grow with fertile soil, but should pay attention to the amount of nitrogen can not be too high, in order to prevent the branches and leaves in vain, growth period can be appropriate to increase the application of phosphorus and potassium fertilizer, in order to promote the growth of branches and leaves strong, beautiful flowering. Continuous cropping of Chinese peony is forbidden. In traditional concentrated production areas of Chinese peony, continuous planting of Chinese peony on the same plot for many years is a common phenomenon, which has caused serious losses, not only serious diseases and insect pests, yield and quality decline, and even lead to large areas of death. Therefore, a scientific and reasonable crop rotation system must be carried out.

Chinese peony is a typical temperate plant, which is warm and cold tolerant and has a wide range of ecological adaptation. It can be cultivated in the open field in northern China with strong cold resistance. In the area of Nenjiang County in the northern part of Heilongjiang Province, the annual growth period is only 120 days and the extreme minimum temperature is -46.5℃, it can still grow and blossom normally and overwinter in the open field. It is suitable for a cool climate in summer, but it is also quite heat-resistant. For example, in Bozhou, Anhui Province, the extreme maximum temperature in summer reaches 42.1℃, so it is safe to pass the summer.

The seeds of Chinese peony can be pressed with oil to make soap and mixed with paint to make paint. Roots and leaves are rich in tannin, and can be extracted tannin extract. It can also be used as soil pesticide, can kill soybean aphids and control wheat stem rust, etc. 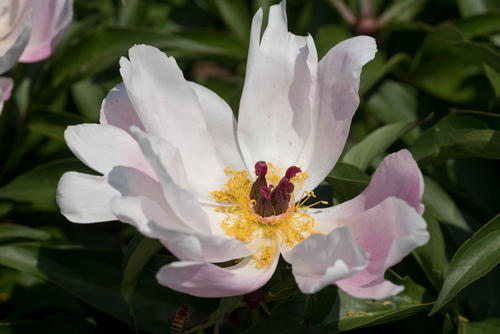 How to propagate Chinese peony

How to care for Chinese peony

How to take care of Chinese peony

How to grow and care for Chinese peony