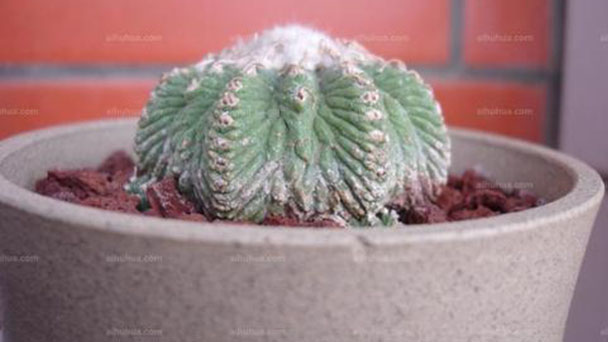 Aztekium Ritteri is a succulent plant of the genus Aztekium in the Cactaceae family, located in a small valley (Rayones Valley) of Nuevo Leon in northeastern Mexico. 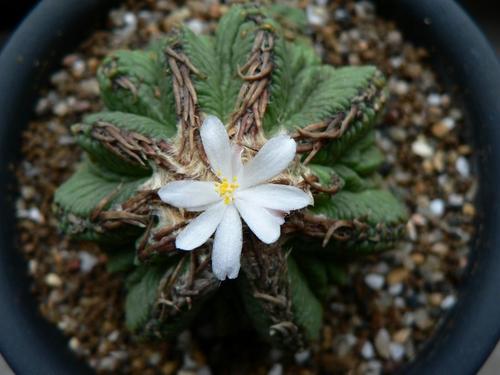 Aztekium Ritteri has a very special appearance and is not usually confused with other balls. The individual of the aztekium Ritteri is small, the diameter of the single head is generally 3~5cm, the largest is generally 7cm, oblate globose. In line with the environment in which aztekium ritteri grows, it lacks the well-developed, water-storing fleshy roots of common Cactus plants.

The sphere of Aztekium Ritteri usually has about 6 to 12 edges, and in between the edges, there are many small secondary edges, as if the whole edge is wrinkled, which is also the origin of the Chinese name of the genus: Ritterum.

Aztekium Ritteri spheres were covered with 1 to 3 earthen yellow spines and tiny villi, which grew along the centerline of the ridges and the parasite ridges without villi.

Aztekium Ritteri usually blooms from spring to autumn, but mainly around the turn of spring and summer.

Aztekium Ritteri likes to grow on steep cliffs composed mainly of brittle limestone. It often grows on the shady side of shaded slope rocks and roots on mosses. Aztekium Ritteri is gregarious and grows in groups where its native land has not been disturbed.

Generally speaking, few wild individuals can prune roots, right? The roots are clean. General living individuals, with a large number of fibrous roots, are more common, this time need to trim the root? It turned out that my opinion had always been that Aztekium Ritteri did not require root trimming. But after the last two years of growing Aztekium Ritteri, it seems that the large horticultural Aztekium Ritteri still needs to be cleaned of the fibrous roots, especially the big ones. I trimmed two roots of Aztekium Ritteri last year and they turned out to be very strong roots with the original soil, a big lump and a sphere in size. With an experimental attitude, I began to prune the roots. The old fibrous roots were pruned away. After the removal and pruning of the old soil, I found that the taproots under the original Aztekium Ritteri were very weak. Therefore, it is recommended to prune the roots of Aztekium Ritteri, especially when it comes in, which is conducive to the recovery of the sphere growth.

Given the aforementioned special skin structure of Aztekium Ritteri, the roots of the hair suggest two things to hold on to: humidity and temperature. After enough time to cool the roots, dry soil on the basin and wait for a few days after the weather temperature in 20-25 degrees around the spray ball wet, so 2-3 times after watering.As long as the temperature is stable, the ventilation is good, and you have enough air and humidity, the root speed is actually OK.

Family farming to play with not, with the soil recommended pure particles, that is to say, the powder in the soil must be sifted clean, the ratio does not matter but should pay attention to two points: with the soil to have the composition of limestone particles (generally can choose limestone small particles or volcanic rock particles), particles to a little smaller, mung bean size is more appropriate. Aztekium Ritteri requires a lot of soil permeability, so if you use yellow mud you should also recommend a sustained period of drying, which is very helpful for the root system.

In general, Aztekium Ritteri is very easy to grow, almost equivalent to grass balls. In the whole dormant period can be completely ignored, as long as not frozen from cold wind completely cut off water, can tolerate minus 5 degrees or even lower temperature. During the semi-dormant period of high temperature in midsummer, the water can be properly controlled and the ball can be sprayed and ventilated at night (this applies to the hair root period). Aztekium Ritteri grows vigorously during the period from the stable temperature in spring to the cooling in early winter when the semi-dormancy is removed. Water can be used every 2-3 weeks or so. During this period, it is OK to control obvious dry and wet conditions. It is also recommended to give the orb a thorough bath before watering it. The flowering of Aztekium Ritteri occurs in early summer and early autumn, with the most intense flowering occurring in early summer. 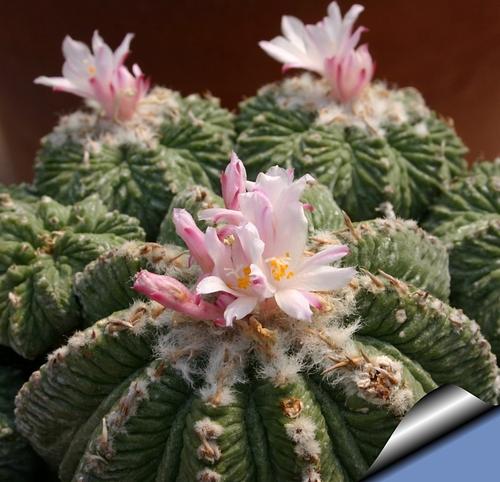 Treat differently. Adultants of old Aztekium Ritteri, especially wild social individuals, are relatively tolerant to sunlight and can see full light from winter to late spring. As long as the light is not too sudden and changes obviously, it is very suitable for old Aztekium Ritteri. In summer, one or two layers of shading nets are generally selected until late autumn. In addition to winter, the plants and individuals generally need shade, otherwise it is easy to sunburn. Aztekium Ritteri, relatively light resistant, in principle to adapt to strong light service, to grow well needs more sun exposure.

My basic point about Aztekium Ritteri farming is that it requires ventilation, which is very important but I don't need to say much more.

In principle, fertilization is a difficult thing to control, especially the old Aztekium Ritteri, which is prone to small heads, should be used less.

Aztekium Ritteri typically take seed breeding, but this is a very difficult thing, because although Aztekium Ritteri seed is very easy to get, germination rate is also high, but the management of the seedling difficulty is very big, a note can not be dried ripe, don't go to see a few days is likely to be swallowed up by a mossy think long molding need too much concern and care, so the health cultivation Aztekium Ritteri is a requires great patience and can only be achieved after a very long time.

Aztekium Ritteri can be propagated by grafting, usually by side bud grafting, seedling grafting is almost impossible. The grafted Aztekium Ritteri usually produces no balls, especially when grafted on the tricorn, and it does not take many years for the grafted balls to grow to 10cm. The triangular grafting plant is suitable for harvesting seeds, but it is not good to see because it is very fond of producing seeds, and the cold and heat resistance, life and beauty of the triangular grafting plant are also not ideal. Recommend south and north friends to use Longshen column grafting, the operation is simple, the survival rate is higher.

In addition to the fruit, wild lateral buds of 3~4cm were used for cutting propagation in Japan. But once the roots have been found, the cultivation of Aztekium Ritteri is not so difficult.

Sprays 2 to 3 times in spring, summer and fall with fungicides (metazol, carbendazim, etc.). Beware of scale insects and root powder. Red spiders and aphids are less likely to harm hard and less succulent pellets such as Aztekium Ritteri. We can join in the cultivation soil insecticide, pay more attention to prevention. 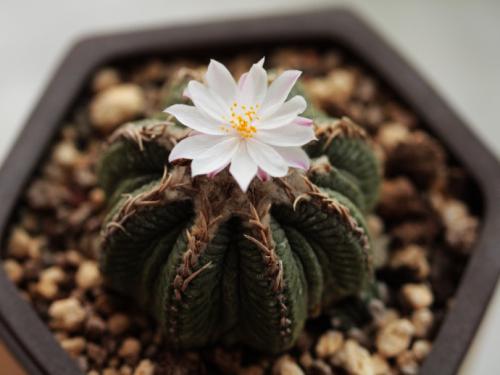