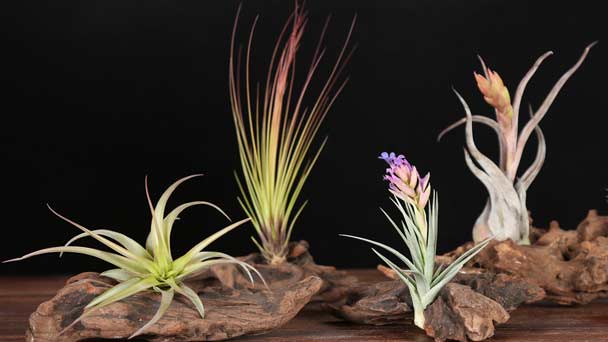 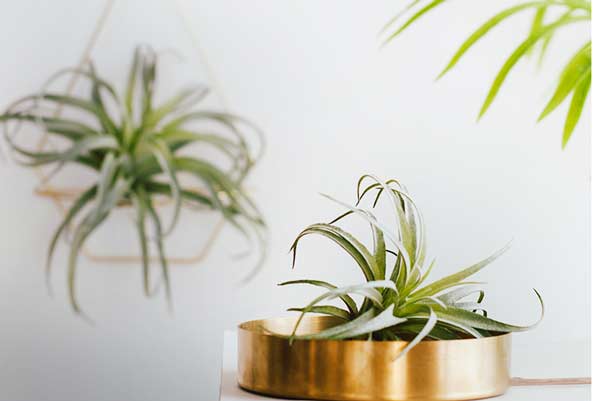 There are over 600 different species of Tillandsia ( air plants) growing in various regions of the world. Most air plants are found in humid rainforest climates, but some can even be found in less than hospitable environments. Air plants can be found growing in trees, amongst rocks, in deserts, in rainforests, on cliffs and rock faces, and even on cacti.
Most air plants are native to areas such as the West Indies, Mexico, Central America, and South America, and some are even found growing in the southern United States. Here in Florida, especially in the southern part of the state, the T. fasciculata among other air plants and Bromeliads grow naturally in the wild in the Everglades. We also have Spanish moss growing in trees here in the south, which is actually not a moss at all, but is part of the the Tillandsia family, and is called T. usneoides. (Find more best indoor hanging plants here.) 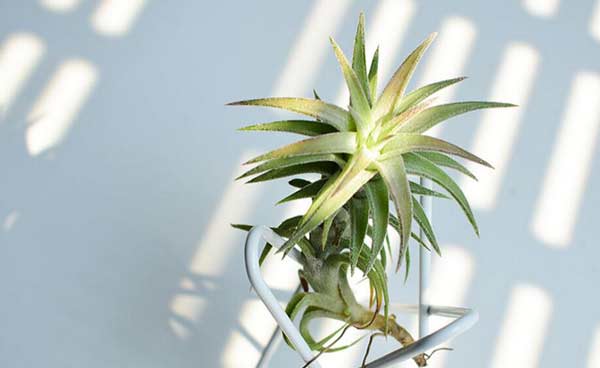 How to Grow and Care for Air Plant (Tillandsia)

How to Grow Air Plant (Tillandsia)

Spread the seeds thinly so that they have plenty of space and are not touching as this helps when moving them on without damaging them once they have reached the manageable size, as well as enabling the seedlings to grow larger
Keep in strong but diffused light, good air circulation, high humidity, and a temperature of approx. 25°C (75°F) for germination
For the first two years or so, the plants require the same growing conditions as for germination
Water by misting heavily whenever the surfaces of the young plants appear dry
Once the plants have reached 1.25cm (½in) in height, they are ready to be separated onto individual pieces of substrate to grow on to flower Propagating Air Plant (Tillandsia) is simple. However, this variety of air plants is not as prolific as others, so you may only see one or two pups once it is mature. Once you see these Air Plant pups, you can easily remove them to create more air plants. Here is how:
When the pup is at least a third the size of the parent plant, it is mature enough to separate.
Identify the pup's base, where it is attached to the parent plant.
Gently separate the pup off the parent plant. Aim to pull the pup from its base leaves so you don't damage the top leaves. You may need to use a sharp knife or scissors if the pup doesn't easily detach.
Keep in mind that air plants can take years to bloom and produce pups, so you may need to cultivate Tillandisa for some time before propagation.

How to Care for Air Plant (Tillandsia)

Usually Air Plants in their natural conditions thrive live under the canopy or shelter of other plants and prefer filtered sunlight. Indoors or close to a window setting is an ideal location. Watering air plants is the trickiest part of taking good care of them. But as a rule of thumb, water your air plant thoroughly at least 2 to 3 times a week. Native to warm, tropical locales, Air Plant prefer warm days (70° to 80°F) and cooler nights (50° to 60°F). High humidity and good air circulation are vital for Air Plant health. Fertilizing your air plants is not strictly necessary, but it does lead to better health, better growing and better blooming. 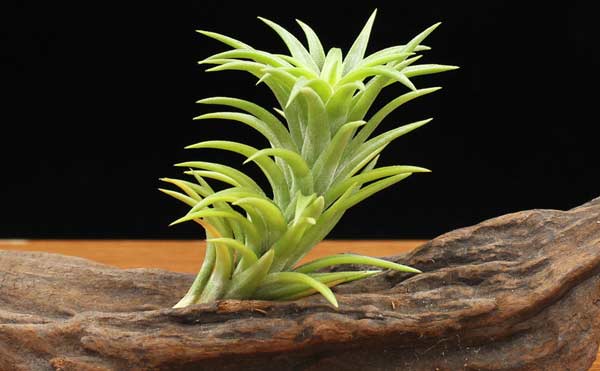 Air plants can survive and thrive almost anywhere, so they're a great addition to a sunroom or a college dorm room. Not only do they bring a bit of greenery to your space, but they can actually help purify the air. During photosynthesis, air plants absorb carbon dioxide and convert it to oxygen, acting as an all-natural air purifier. So the answer is yes: house plants can help you overcome those pesky allergies and generally breathe better.

'Bulbosa' looks like a sea creature, with a bulb-shaped base and tentacle-like leaves. Varieties include ‘Guatemala’ and ‘Belize.’
'Inoantha,' also called a sky plant, has spiky leaves that start out silver-hued and turn a deeper shade of green as the plant matures. Native to Mexico and Costa Rica, it shoots out a striking yellow or white flower. Common varieties include ‘Guatemala,’ ‘Mexican’ and ‘Rubra.’
'Aeranthos' is native to Brazil, Paraguay and Argentina. This spiky little plant produces a pink bud that opens into a deep purple flower. Varieties include ‘Grey Ghost,’ ‘Bronze,’ ‘Black,’ and ‘Purple,’ after the colors of their leaves.
'Streptophylla,' also know as Shirley Temple for its curly mane of leaves, likes drier conditions than other air plants.
'Latifolia' is one of the largest air plants, a spiky plant that grows up to 18 inches tall. It produces a tall, red bloom spike.
'Xerographica,' known as Xeros, are everyone’s favorite. These natives of Mexico have silver leaves that curl and spiral around themselves as they grow. 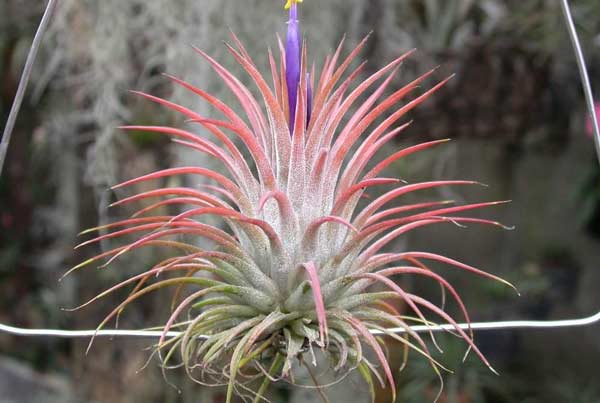 Look out for mealybugs and scale insects on air plants. If your plant gets an infestation, treat it with a Tillandsia-safe pesticide. Dampness is the enemy of air plants. Remember, the secret of air plant care is getting the water right. Too much moisture will cause a plant to rot from the inside out. Leaf rot or fungal diseases can also be a problem when air plants are too damp.

Since air plants don't require roots to survive, you can think outside traditional pottery when deciding how to exhibit them. Driftwood, seashells, and glass hanging planters provide a beautiful setting for Tillandsia. After you choose your media, attach the air plant with a wire or by using an adhesive like a low-temperature hot glue or E6000. Try grouping air plants of different varieties and colors for a modern display, or place one against a contrasting texture for a unique touch in your room or office.

Place Air Plant amongst your larger houseplants, between the leaves or around the base. Air Plant make ideal companions for orchids, Cactus and bromeliads. Or, just set them unadorned on a windowsill or sunny shelf. These air plants are wired to a piece of bark.