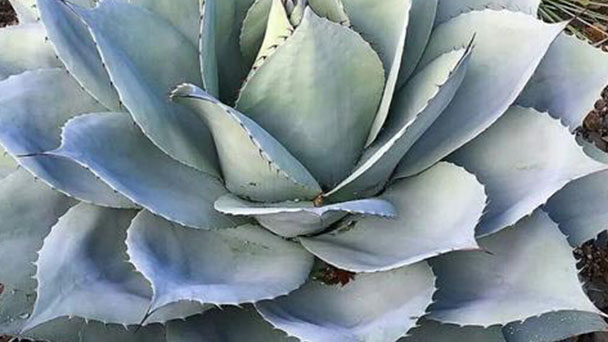 Whale's Tongue Agave, scientific name Agave ovatifolia, is a perennial evergreen flowering plant. Whale's Tongue Agave is distributed in America, with a warm climate. The stem is short, the leaves are much rigid, arranged in rosette, the margin serrate. When flowering, the inflorescence extends from the growing point, and the post-flowering rosette Withers and dies, but the succulent bud on the inflorescence and at the base of the rosette can be used as a continuation of the mother plant's life. 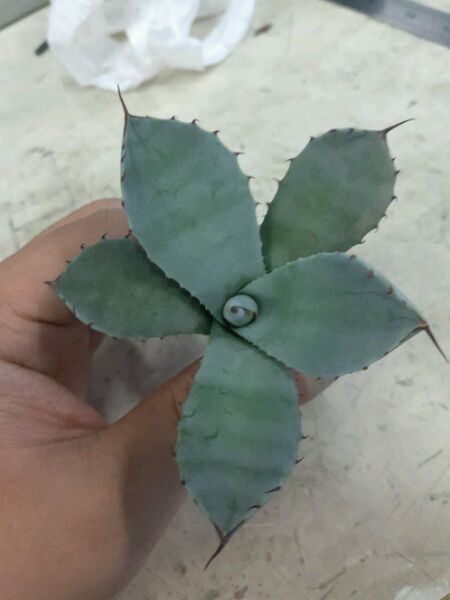 Agave ovatifolia (Whale's Tongue Agave) is native to arid and semi-arid tropical regions of the Western Hemisphere, with the most species especially in Mexico.Agave ovatifolia is found in Guangdong, Fujian and Yunnan.

Whale 's Tongue Agave likes sunny, a bit cold, not resistant to shade, like a cool, dry environment, growth due to 15 to 25 ℃, grow best in night temperature is 10 to 16 ℃, under the temperature of 5 ℃ above can flourish, adult Whale' s Tongue Agave under the low temperature of 5 ℃ below zero blade suffered only a mild cold injury, 13 ℃ below zero aboveground cold decay, rhizome deathless, the following can embryonic development, normal growth, winter cold cold dry best for its birth, strong drought resistance force, the soil is relaxed,With loose, fertile and good drainage moist sandy soil is appropriate.

Agave ovatifolia (Whale's Tongue Agave) division: more in the growing season, often can be combined with spring for pot. Remove the seedlings that germinate at the base of the old plant, and plant them in pots directly with or without roots.

Agave ovatifolia (Whale's Tongue Agave) cuttage: in the growth season, the leaf axillary germination buds removed, airing 5-7 days, such as dry wounds planted into the drainage, good air permeability of the culture soil, it is easy to root survive.

Agave ovatifolia (Whale's Tongue Agave) sowing: if the seeds can be collected can also sow reproduction. Sowing reproduction has a fairly high rate of seedling emergence and seedling management is not difficult. The optimal germination temperature of seeds is more than 15℃ at night and about 30℃ in the day. If the temperature is lower than 10℃ at night and 20℃ in the day, the germination rate of seeds will be greatly reduced and even can not sprout. After sowing, cover the surface of the basin with transparent glass for heat preservation and moisture. After sowing, seedlings of Agave ovatifolia can emerge in 7-10 days.

How to grow and care for Agave ovatifolia

Watering: Whale's Tongue Agave has a strong nature and does not have a strict requirement on water. However, sufficient water must be provided during its growth period to make it grow well. In addition, excessive water should not be irrigated during the dormant period in winter, otherwise it is likely to cause root rot.

Fertilizing: Because Whale's Tongue Agave has a strong adaptability to the environment, it will not affect the development of the plant even if it grows on a rather poor soil.However, medium fertility can still make Whale's Tongue Agave grow better. The number of fertilization once a year is appropriate, do not often spray fertilizer, otherwise it is easy to cause fertilizer damage. 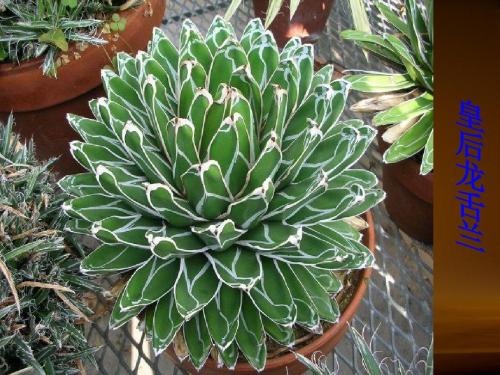 1. Hydroponics can be carried out all year round in a heated environment. During hydroponics, all the roots of the Whale's Tongue Agave should be removed, disinfected with disinfectant, and soaked with rooting liquid for a certain period of time.

2. During Agave ovatifolia hydroponics, attention should be paid to the cabbage insect eating its leaves and hearts, so as to lose its commercial value and ornamental value. If the insect is found, it can be captured artificially or killed with insecticides.

3. Agave ovatifolia hydroponics should always get a good place in the sun and not be placed in a dark place for a long time. That way, the leaves are easy to become white and thin, so as to lose their ornamental value.

4. In winter, we should pay attention to heat preservation. During the day, we should place the glass bottles in plastic or cardboard boxes in the room without heating at night. If the leaves of Agave ovatifolia are yellow or drooping down without spirit, it may be frostbite, at this time, it needs some insulation measures. Then put it away from the door or window;

5. Be sure not to place Agave ovatifolia near the north. When changing the water in winter, you can change the water with warm water of 12 ℃ to 18 ℃.

Prevention and control of diseases and pests of Agave ovatifolia

Agave ovatifolia disease is mainly anthrax, the main damage to the leaf, the disease spot was light green or dark yellow brown, after gradually becoming black brown, finally the whole leaf rotted away. Etiology is muggy cultivation environment poor, poor ventilation, and pervious to light, too much nitrogen, etc., so we should improve the cultivation environment to prevent, when the summer heat note well ventilated, avoid heat and humidity environment, increase the applying of p, k content, in order to improve the plant disease resistance, and timely removal of rotting leaves, in order to avoid the spread of the pathogen, the early onset of spraying 70% midlothian 800 times liquid copper, green milk 100 times liquid, and anthrax f beauty, carbendazim, such as drugs, spray once every 7 to 10 days, the best cross use several kinds of drugs, so as to avoid resistance.

The insect pests of Whale's Tongue Agave are mainly scale insects, including shield scale, mealybug and root mealybug, etc. For the shield scale and mealybug parasitic on the surface of the Agave ovatifolia, the insect bodies can be removed with Bamboo sticks and forceps, and then the plant can be sprayed with drugs. As for the root mealybug, once it is found, the pot should be turned over and the soil should be changed in time. During the soil changing, the insect bodies in the root should be cleaned, the seriously damaged root system of  Agave ovatifolia should be cut off, the remaining root system should be soaked in the liquid medicine for 1-2 hours, and then put into the pot after being taken out and dried. Before the pot, the culture soil should be fumigated with high temperature or medicine to kill viruses to kill insects and sterilize. In addition, prevent the adverse effects of frostbite, sunburn, plant growth due to lack of light, and mechanical damage.

The main value of Agave ovatifolia

The leaf fiber of Whale's Tongue Agave is used for making ship cables, ropes, sacks, etc., but the yield and quality of the fiber are not as good as sisal. The content of total steroid saponin is high, which is an important raw material for producing steroid hormone drugs. 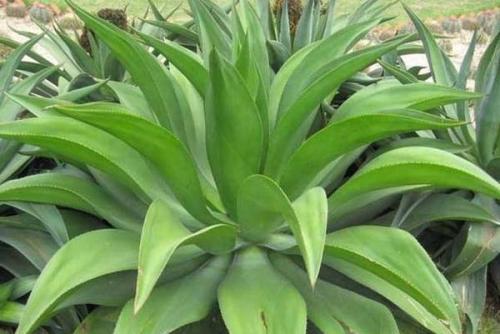