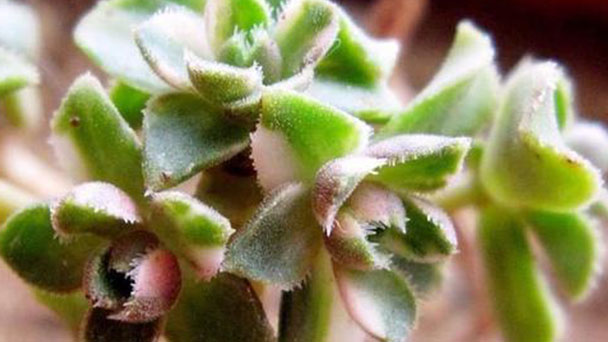 Aeonium domesticum is a succulent plant in the family Chrysanthemum, native to the Atlantic Islands, North Africa and the Mediterranean coast, beautiful leaves, can be ornamental, and also can purify the air. 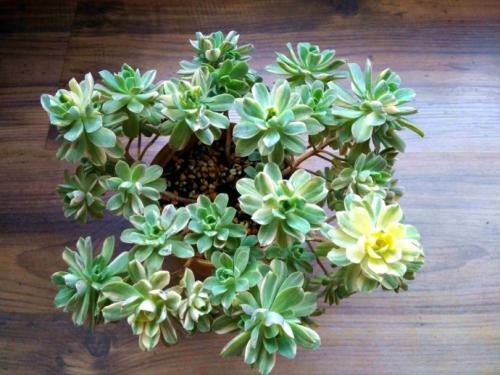 The distribution area of Aeonium domesticum

Aeonium domesticum was originally grown in the Atlantic Islands, North Africa and the Mediterranean. It is now domesticated in many places in China.

Aeonium domesticum is a scrubby Succulent plant with deciduous stems, semi-lignified aerial roots, spatulate leaves beautifully colored as the name indicates, green leaves showing yellow patches in the center. The macula may disappear, or it may be completely macula (all yellow), and there are too many determinants to control.

Aeonium domesticum was originally domesticated in the ocean island region and so liked warm winters and cool summers.

Aeonium domesticum belongs to the "winter type". Most species have dormancy habits in summer, and the bottom leaves will fall off during dormancy in summer, which is a normal phenomenon and can grow sustainably in winter.

Dormancy is obvious in summer, the leaves will continue to dry out and fall, spring flowers. 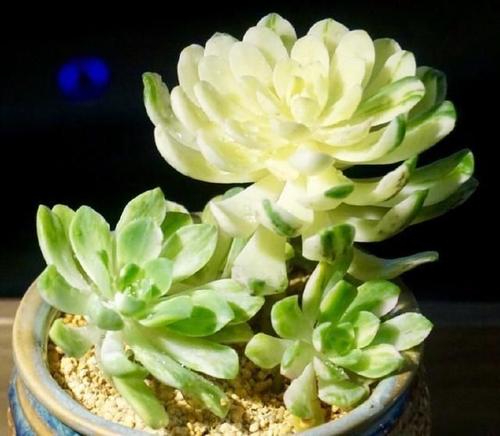 The growing methods of Aeonium domesticum

Aeonium domesticum mostly used sowing, cutting and bud planting. Mainly to cuttage, a small insert into the soil can take root. But when the leaves are inserted, because the leaves are thin, not easy to survive, should not be used.

Aeonium domesticum showed good leaf shape and color and showed some ornamental value. Potted Aeonium domesticum can be placed in the TV, computer, can absorb radiation, and can also be planted in the room to absorb formaldehyde and other substances, purifying the air. 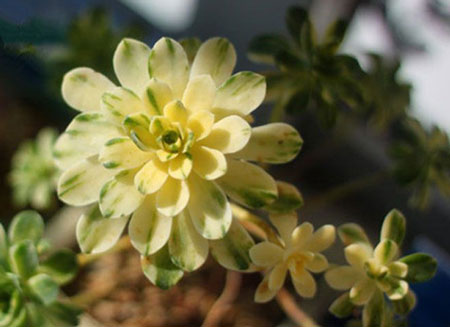