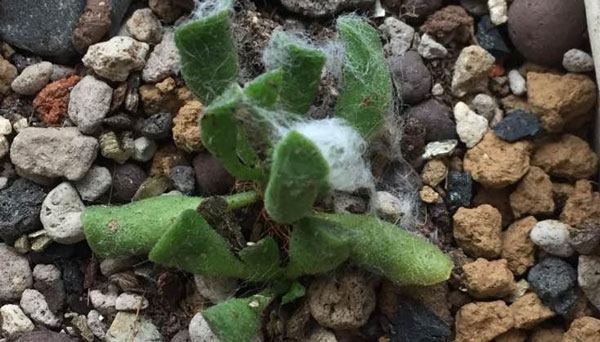 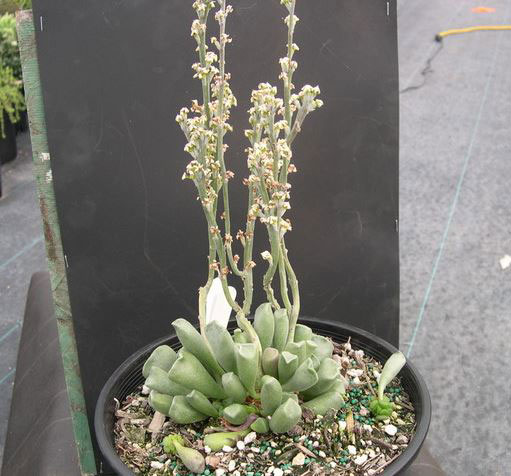 Adromischus Cristatus is an evergreen, succulent perennials species in the Crassulaceae family. It originates from South Africa and is grown around the world as a houseplant, it's a great choice for beginner gardeners! Foliage is roughly triangular, coloured grey-green, with crinkled, wavy edges, hence this plant is commonly known by the name crinkle leaf Plant, the leaves are also covered in small hairs. Starry flowers are borne on long stems above the leaves, they are white and may have red flushing along the edges of the petals. This plant is frost-tender, keep above freezing temperatures, place in a position of full sun and well-draining soil for optimal growth. Water when the soil has thoroughly dried out for best results.

Adromischus Cristatus plant is said to grow outdoors in the following regions:

As a succulent that doesn't grow well in cold environments, adromischus Cristatus is often grown indoors and placed on or near window sills. It’s an attractive plant on its own but also looks lovely when added to a succulent garden mixture of succulents or cacti. 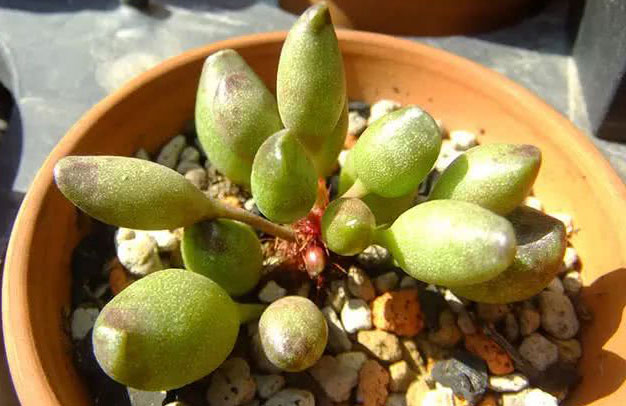 Varieties of adromischus are not prone to disease or pests. The most pressing concern is overwatering. If the plant is overwatered, rot may appear. Severe rot may kill the plant but smaller patches of rot can be trimmed off with a sharp knife.
NOTE: The plant can be toxic to animals and humans. It should be kept away from pets and children.