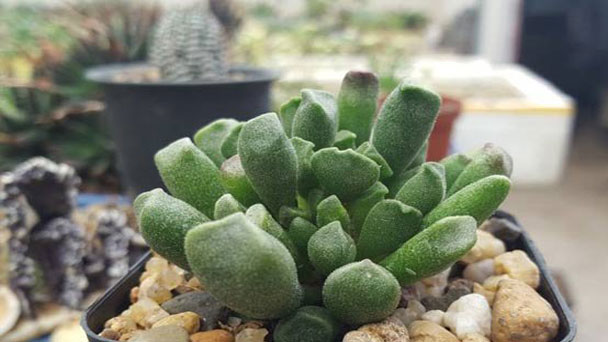 Where to Grow Adromischus Cristatus

If there are frosty winters where you live then it's best to plant the Crinkle Leaf Plant in a pot that's placed indoors. This plant is not cold hardy at all. When planting the Key Lime Pie in your garden, plant it where it can get 6 hours of sunlight daily. Place it in your window bay or anywhere with loads of sunlight if planting indoors.

When to Grow Adromischus Cristatus

Plant your Key Lime Pie when it's not cold or not winter, so between Spring to Fall. Of course, it depends on the climate zone you're in.
If the winters in your area are mild and doesn't grow colder than 20° F or -6.7° C, then you can plant it in your outside planter's box all-year round. When planting between December and February, make sure the temperature is 50° F or 10° C. 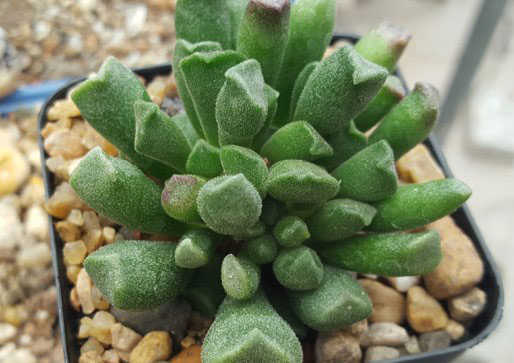 How to Grow Adromischus Cristatus

Plant the seeds during warm weather.
Make sure the pot has well-draining soil for you to plant the seeds in.
Give the soil water whenever the soil is dry to the touch. It may take some time for germination to take place.

Growing from leaves or cutting simple and easy method. This method is very fast. Let’s discuss in step How to grow crinkle plants step by step.

Gently twist and pull on a leaf of adromischus cristatus. It must be a clean pull so that no part of the leaf is left on the stem. A clean pull will assure you of a successful propagation of the plant.
Place the leaf in a shaded area and give it a few days to develop hard calluses.
Once the calluses have developed, place the leaf on well-draining soil. 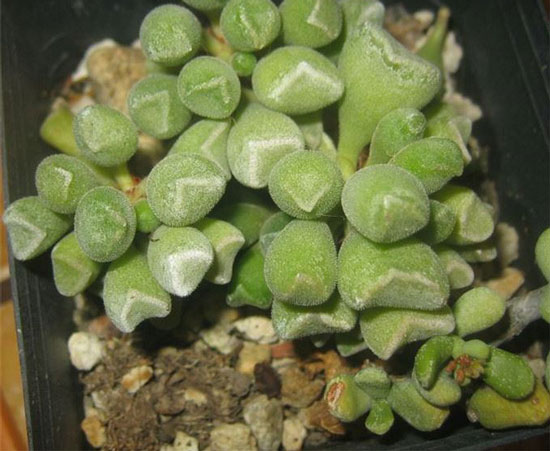 How to Care for Adromischus Cristatus

If grown outdoors, it is recommended to plant Adromischus cristatus in an area which receives full to partial sun for up to 6 hours per day. If grown indoors, place the plant near a window that gets plenty of sunlight.
Assuming you want to transfer Crinkle-Leaf Plant outdoors, slowly introduce the succulent to sunlight otherwise, it might get burned. Start by placing the plant under partial shade and give it time to adjust to the sun’s rays.

Crinkle-Leaf Plant is best grown indoors if the temperature in your region can fall below 20° F (-6.7° C) as this is not a cold-hardy succulent. Plant Adromischus cristatus in a pot that has good drainage. It must allow the soil to drain properly to lower the risk of overwatering. If your pot has the plant sitting on a saucer of water, remove and empty the contents as soon as you can. Cactus soil mix is highly recommended for Adromischus cristatus. You can also use regular potting mix with pumice and sand added to improve air circulation in the roots. During the spring and summer months, add diluted fertilizer to the soil once-a-month.

Learning how to water Adromischus Cristatus, also known as the ‘Crinkle-Leaf Plant’ is easy. The plant requires less water than many other types of succulents. It is recommended that you soak the plant thoroughly and wait until the soil is completely dried out. The Crinkle-Leaf Plant should be placed in a pot with a drainage hole on the bottom. adromischus cristatus needs most water during Spring/autumn season. The plant can handle cold weather but should be kept away from frost.

During spring and summer, use diluted liquid fertilizer. Don't feed this succulent any fertilizer during winter. Just let it thrive on its own during autumn as well, using all the fertilizer you’ve fed it in the previous two seasons.

For the most part, there’s no need for pruning and grooming for this specific succulent. It's practically bred like a Bonsai Tree with its smallness sans the constant pruning with your pruning shears. It can only grow 5 centimeters or 2 inches long and up to 2.5 centimeters or 1 inch wide.

Varieties of adromischus are not prone to disease or pests. The most pressing concern is overwatering.
If the plant is overwatered, rot may appear.
Severe rot may kill the plant but smaller patches of rot can be trimmed off with a sharp knife.
NOTE: The plant can be toxic to animals and humans. It should be kept away from pets and children. 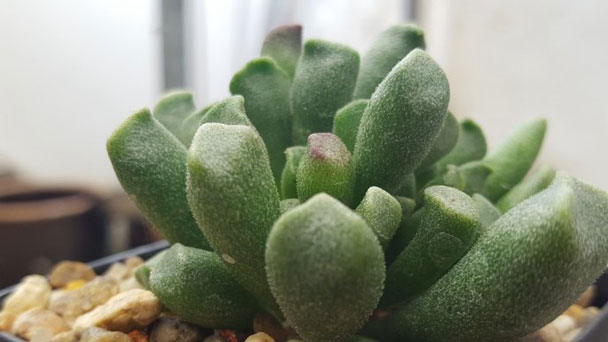 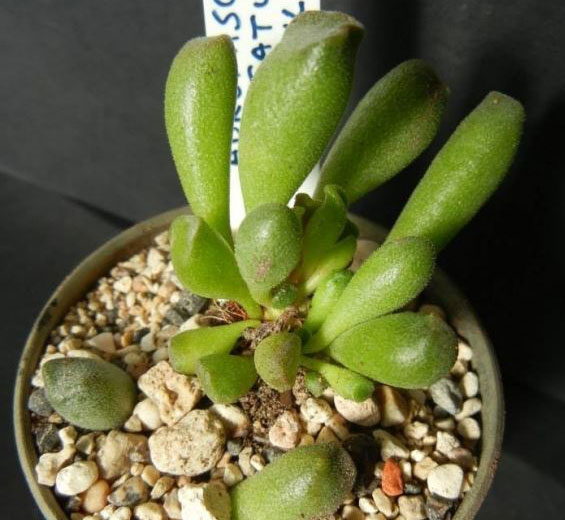 Is Adromischus Cristatus Toxic for Cats and Dogs?

Adromischus cristatus does not appear in the American Society for the Prevention of Cruelty to Animal (ASPCA) website’s list of toxic plants. The list is not all-inclusive and only includes the plants that are frequently asked about. If your pet experiences gastrointestinal distress or vomiting when it comes in contact with Crinkle-Leaf Plant, please consult with a veterinarian right away.

Why is my Adromischus Cristatus Succulent Dying?

Like many members of the Crassulaceae family, Adromischus cristatus is prone to the problems of overwatering.
Crinkle-Leaf Plant can easily develop root rot if it is given too much water. If you see early signs of fungal development, cut the infected part right away to avoid contaminating the entire plant.
The succulent is also very attractive to mealybugs and boll weevils. Adding diluted fertilizer in the soil during growing season will keep the pests away. If you see cotto-like substances growing on the leaves, this is the work of the mealybugs. Wipe the leaves with a cotton ball that is dipped in denatured alcohol.

In the springtime, Adromischus cristatus will bloom small, white flowers with hints of red and a tube-like shape. The flowers do not have a scent.