How to take care of Schefflera 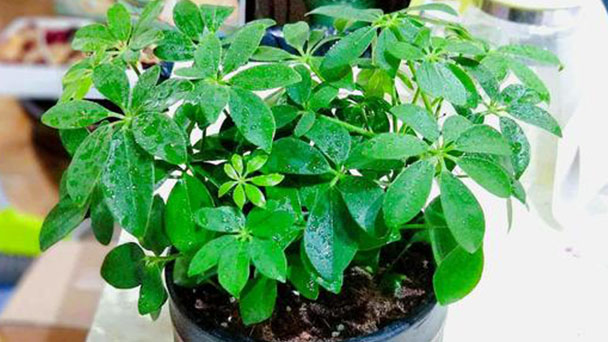 Schefflera is a common family pot plant. Then how to take care of Schefflera when growing at home? The following are some caring tips. 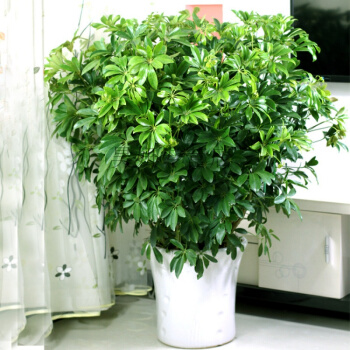 How to take care of Schefflera leaves falling

When leaves fall from the Schefflera, we need to combine a variety of reasons. When the water is short for a long time, water should be poured in time, and the soil should be kept moist often after the leaves return to growth. Too much light should be moved to the window or sunshine curing, avoid direct glare. Nutrient deficiencies are complemented by a lean compound, reduced nitrogen use, and better protection against pests and diseases. The following are details of how to take care of schefflera leaves falling.

Schefflera is a common hygrophilous plant, keeping the soil moist during growth without water. If there is often too little water quantity, water shortage will lead Schefflera sagging off. At this time it should be timely to soak the water, placed in ventilated breath freely, with the blade growing gradually to restore normal irrigation can be performed, often keeping the soil moist.

Schefflera is a typical shade plant. If it is often exposed to the sun outdoors during the growth period, it is easy to cause branches and leaves to wither and fall off, then how to solve the problem of Schefflera's leaf loss? At this time, the plant should be moved to a cool shade or put in an indoor astigmatism place.

Schefflera is like the nutrient-rich matrix in growth, especially in the peak season. If often internal nutrition unbalances fertilization, it could easily lead to the plant, will lead to fall off branches and leaves turn yellow. At this time, we should timely add a thin compound fertilizer, then don't apply nitrogen fertilizer during Mosaic too much, so as not to cause bad and growth.

Schefflera is often affected by plant diseases and insect pests in the growth process, mainly common leaf spot, scale insects, and the harm of starscream, which can appear at the onset of leaf brown disease. A Serious yellow drop phenomenon would appear. At this moment in time cut off sick leaves, increase ventilation. In peacetime to be carefully maintained, the topujin wettable powder diluted spray prevention. 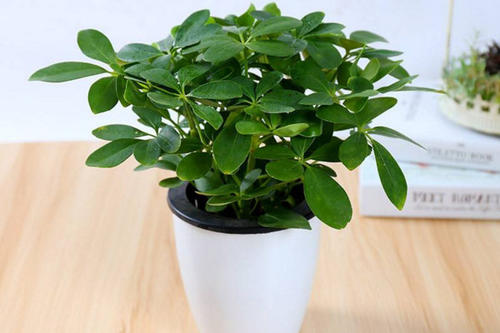 How to take care of Schefflera leaves frostbite

Schefflera leaves after frostbite can increase the light time, and the sunshine is the most appropriate. In addition to trim off the leaves of frostbite, avoid the waste of nutrients, increasing temperature to keep 22 ℃ after pruning the growing environment. Moderate water can reduce the number of times during the water temperature and room temperature is close to. Do not sprinkle water on the blade, or frostbite will be difficult to breed. The following are details of how to take care of Schefflera leaves frostbite.

If the temperature is too low in winter, Schefflera is prone to frostbite, then how to take care of schefflera leaves frostbite? First of all, the leaves need to increase the light time after being frozen, and the light time is the most appropriate throughout the day. In addition, it can be placed under the light for about 3 hours in the evening, which can alleviate frostbite.

The leaves of Schefflera appear to curl at the soft tip after being frozen, and the branches also appear to droop. At this time, the leaves with frostbite need to be pruned off. If the branches are already frozen, you can judge the hardness and softness by touching them with your hand, trim off the boundary with scissors, and apply the wound healing agent.

During the period when Schefflera leaves are frozen, you need to reduce the amount of watering, just keep the soil in the basin half dry and half wet. In addition, the temperature should be close to the indoor temperature when watering, so as not to frostbite the plants, and do not sprinkle water on the leaves of the plants, otherwise it will increase the leaf frostbite. 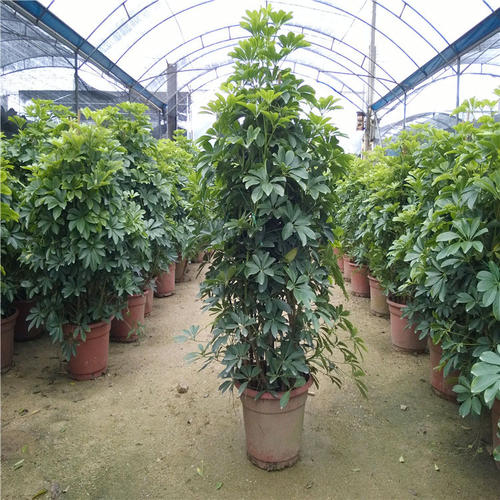