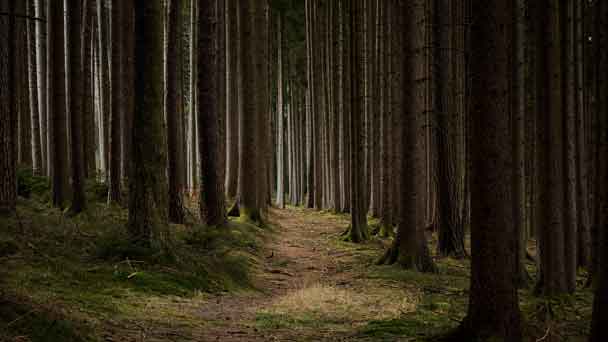 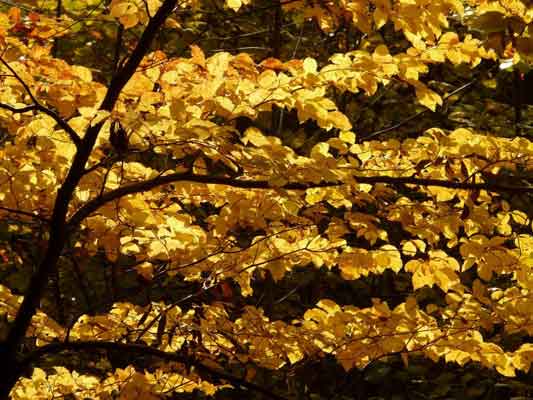 A sturdy, densely canopied tree, the American Beech tree was a sign of fertile soil to early settlers and was quickly removed so the plow could take over and farming for food could commence. In hilly locations, it was the home for migrating Passenger Pigeons who were so numerous that they broke off the limbs of the trees from the sheer weight of their numbers when they perched on them. There was a Beech tree on the old stage road between Blountville and Jonesborough, Tennessee that had an inscription carved into the trunk that read "D. Boone Cilled A Bar On Tree In Year 1760." The tree fell in 1916 and had a girth of 28-1/2 feet. The Forest Service estimated the tree's age to be 365 years, making it fully two centuries old before Daniel Boone inscribed on it. 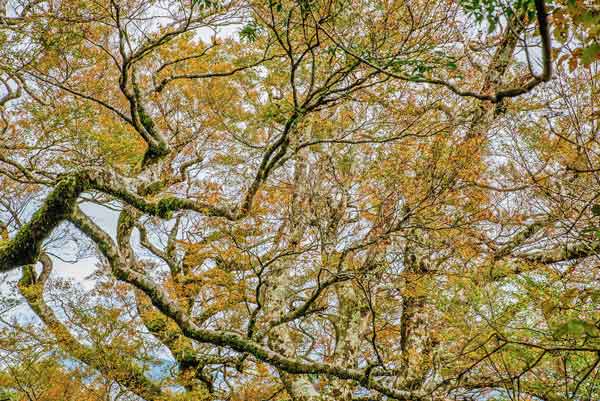 This beautiful forest tree grows best on the alluvial bottom lands of the Ohio and Mississippi River valleys. Beech is often seen in groves because of its propensity for reproducing itself asexually by root suckers. Most beech seeds are eaten when they mature by one of a number of wildlife species that rely on them as a food source. Passenger pigeons, before their extinction, were among those species. The pigeons were known to converge upon beech groves in such large numbers that their weight would frequently break large limbs.
Huge forests of American beech were thriving in Ohio, Kentucky, Indiana and central Michigan when colonists arrived. The beech tree's exacting requirements for growth made it an indicator of good farm land and as colonists began clearing land, the beech disappeared. 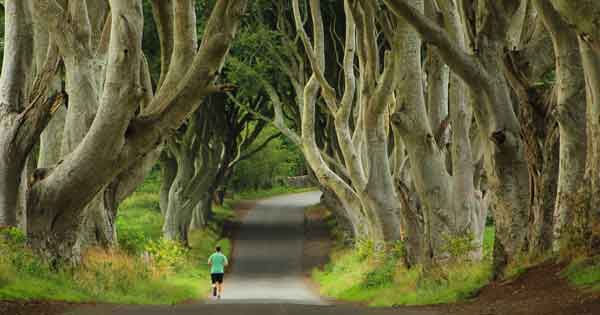 How to Grow and Care for American Beech Tree

How to Grow American Beech tree

Scoop the seeds from the bowl of water and spread them out on a mesh screen. Position the seeds so they do not touch one another. Set the screen in a dark, dry room with a constant temperature of 65 to 75 degrees Fahrenheit. Leave the seeds for one to two days to dry.
Grasp a handful of sand. Dip the sand briefly underwater to moisten it. Place the sand in a plastic zipper bag. Repeat this process to fill the bottom one-third of the bag with moist sand.
Place the dried beech seeds into the bag. Push the seeds down into the sand, fully covering their surfaces. Remove excess air from the bag, then seal it. Place the bag in a refrigerator with a constant temperature of 41 degrees Fahrenheit. Leave the bag in the refrigerator for 90 days.
Pour 2 parts peat-free potting soil and 1 part sand into a bucket. Mix the materials together to combine them thoroughly. Add water slowly while stirring until the media is thoroughly moist but not soggy. Fill a 4-inch pot to 1 1/2 inches below its top with the media. Prepare one pot in this manner for each beech seed you wish to plant.
Remove the bag of seeds from the refrigerator. Pull the seeds out of the sand and rinse them off in water. Place one seed in the center of each pot. Cover each seed with a 1/2-inch-deep layer of media. Tamp the media down over the seed.
Move the pots into bright filtered sunlight once the seeds germinate. Water when the top 1 to 2 inches of soil becomes dry. Turn each pot one-quarter turn once per week to encourage even plant growth.
Transplant seedlings into larger pots
Transplant the beech tree seedlings into 1-gallon pots once they outgrow their current pots. Water the beech tree root ball thoroughly before planting or allow bare root trees to soak in water while preparing the planting area.
Spread a 2- to 3-inch layer of sphagnum peat moss across the planting area. Mix the moss into the top 6 to 8 inches of soil.
Dig a hole slightly shallower than the depth of the root ball and twice as wide.
Place the beech tree root ball in the hole and remove the covering. Backfill the hole with the soil and moss mixture, adjusting the tree so that the top of the root ball sits approximately 1 inch above the surrounding soil and the top roots are exposed.
Water the tree thoroughly after planting and keep the soil moist, but not wet, watering weekly until the tree is established. Resist the urge to fertilize your beech tree until it is well established.
Apply a 3-inch layer of organic mulch, such as wood chips or straw around the base of the tree, but not touching the trunk. 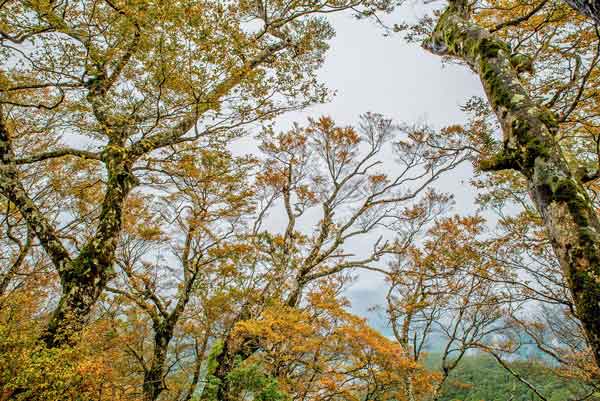 How to Care for American Beech Tree

American Beech tree (Fagus grandifolia) grows best in full sun conditions.  Although American Beech tree (Fagus grandifolia) prefer full sunlight, trees that grow in that condition will wind up being shorter but have a much broader crown. Of all the conditions recommended for American beech trees, the most important is a deep, well-drained soil. For newly planted trees, water weekly to ensure the soil stays somewhat moist.  Keep this up for the first couple of years to ensure the roots establish themselves. Mature beech trees are somewhat drought tolerant.   A balanced fertilizer is acceptable. In early spring, apply 1 pound of the fertilizer per 100 square feet. Spread it over the ground directly under the tree's canopy and water it in. In general, it needs little pruning, but if two branches cross or rub against each other, one should be removed to prevent injury to the tree's bark.

A large tree for a large space. Large lawns. Parks.

Similar to European beech, American beech produces edible beechnuts that are consumed heavily by a variety of wildlife species. Squirrels, raccoons, and black bears are some of the most common species to be found in areas that are populated with American beech. It also provides a habitat for small mammals, cavity-nesting birds, songbirds, and small game (Morton Arboretum).

From the human point of view, the American Beech provides quite a few edibles. The inner bark is edible, young leaves are quite tasty while they are soft. The sweet seeds are very edible and can be crushed into a butter. Seeds have been crushed, boiled, and the nourishing liquid drank.

The color of the American beech lumber varies from cream to pink or brown. The American’s plywood is darker than the European one, mainly because of the preparation process carried out with steam, which gives the wood a golden tinge. The color of the north american beech tree is generally more inclined towards reddish brown and has often a wider range of colors that give different variations between the wooden boards.
On the other hand, the European beech lumber has a light cream pink or brown color. Like the American Beech, the steam process gives the beech wood lumber a yellowish hue, but during production, the veneer comes out much darker. There is also a wide range of European beech trees known for their various orange hues. 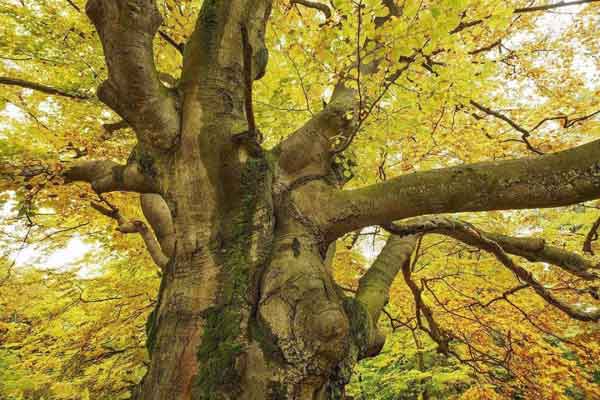 Pests
Aphid colonies on the lower branches can be dislodged with a strong stream of water from the Garden hose. Colonies are often disposed of by predatory insects. Borers such as flat-headed appletree borer or two-lined chestnut borer bore into trees weakened by stress. Prevent the insect infestations by keeping trees healthy with regular fertilization and irrigation in dry weather. Regular inspections of the trunk and branches are suggested for early detection of scales. Beech scale can be devastating to trees in the northeastern United States. Certain caterpillars can be controlled with sprays of Bacillus thuringiensis. Insect identification allows proper spray recommendations to be made.
Diseases
Usually none are serious provided soil is not compacted and is well-drained. Several fungi cause leaf spots but are generally not serious to warrant chemical control. Powdery mildew causes a white coating on the leaves. The disease is most common late in the season. Bleeding canker forms cankers from which a brownish liquid oozes. Crown symptoms include leaves of smaller size and lighter green color than normal. In severe cases the leaves wilt and the branches die. Avoid feeding with high nitrogen fertilizers as it seems to worsen the condition of infected trees. Beech bark disease occurs when the feeding site of woolly Beech scale is invaded by a fungus. The fungus kills the bark and in the process, the insects. There are no satisfactory controls for the fungus. Control the disease by controlling the scale with a horticultural oil. Cankers infect, girdle, and occasionally kill branches. Prune out the infected branches. During periods of high temperatures and low rainfall Beech may scorch. Make sure trees are adequately watered and mulched.