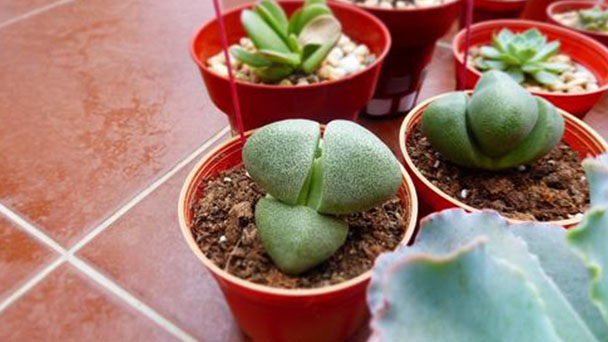 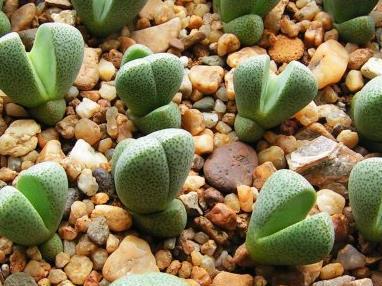 Pleiospilos Nelii is without stems, very fleshy leaves opposite each other, grey-green leaves with many transparent dark dots. Flowers are with short stems, orange, flowering spring, usually open in the afternoon when there is plenty of sunshine, and close after sunset, so that day and night closed, a single Flower can last for about a week, or difficult to open in rainy days or under insufficient light in cultivated places.

Pleiospilos Nelii is a leaf hypertrophic plant. For indoor potted flowers, suit to put the place with sufficient sunlight such as the window, balcony undertakes beautification. It grows slowly and is difficult to manage, so it is suitable for growers with some experience. 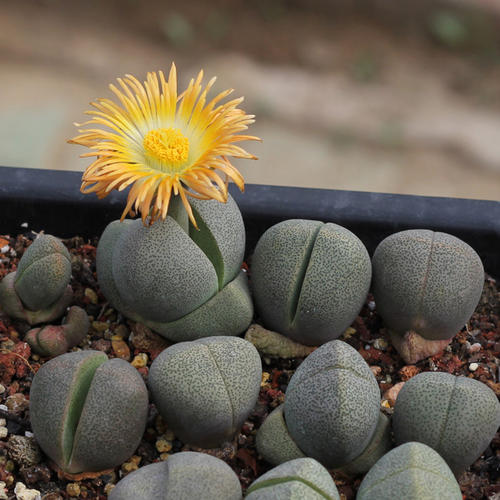 Flowering late autumn or early spring, usually in the sunny afternoon, closed after sunset, so that day and night are closed, a single flower can continue to open for 5-7 weeks, if it is cloudy and rainy or the cultivation site is not light. From the end of May to the beginning of June every year plants into dormant period, the old leaves gradually withered and shrivelled, only the middle pair of leaves, and closed. In late September, with the cooling of the climate, the plant enters the growth stage. The remaining pair of leaves begin to grow, and the top of the leaves gradually splits. Meanwhile, a pair of new leaves also grows from the middle seam of the two leaves, where 1-3 buds will form and bloom as the new leaves grow.

Pleiospilos Nelii is an indoor potted flower and is suitable for beautification in the sunny part of the window. 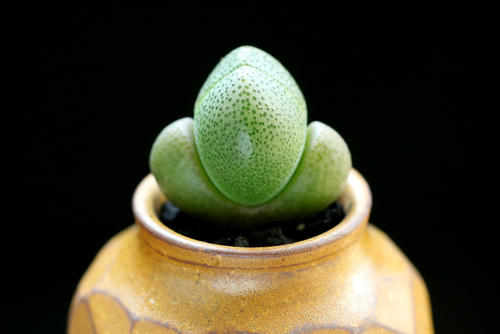