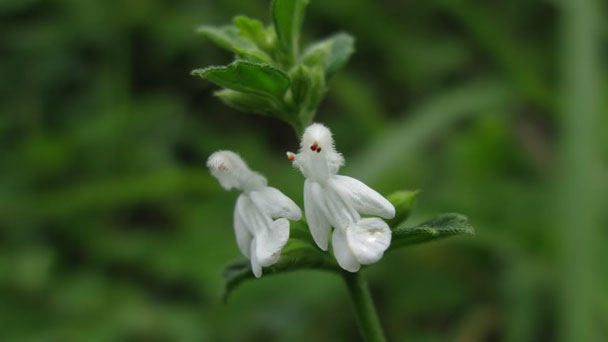 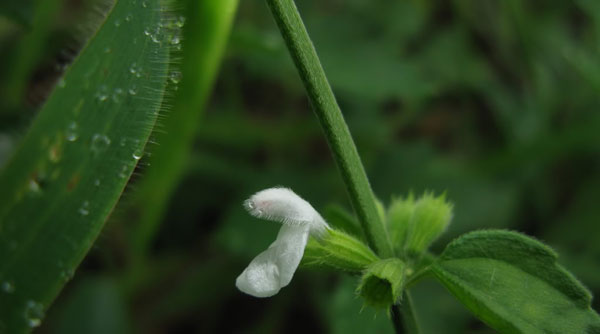 Parsnips are native to Eurasia and appear to have been cultivated there since ancient times. Tracking down an exact lineage is difficult due to the fact that both the carrot and parsnip were referred to as pastinaca in Greek and Roman literature. Until 1536, when the Potato was first introduced to Europe, parsnip was the preeminent root vegetable, along with the turnip. It's worth mentioning that the Romans believed, somewhat optimistically, that the lowly parsnip was an aphrodisiac. 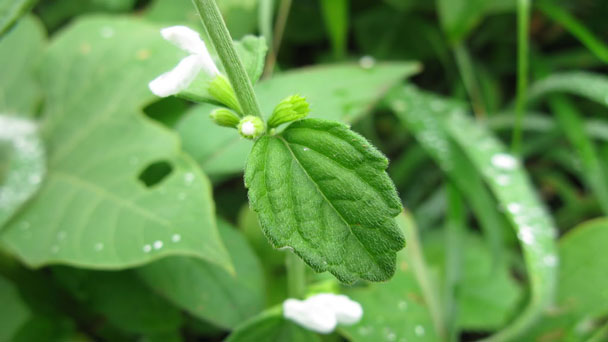 It is thought that P. sativa is native throughout most of Europe except the far north. Its native distribution is thought to Asia Minor, the Near East and the Caucasus, although how much of its Asian distribution is due to pre-historic human activities is unknown. There is some disagreement over the status of P. sativa in Lebanon with reports of this species being both native and introduced. It has since been widely introduced in North, South and Central America, the Caribbean and Oceana.

How to Grow and Care for Parsnips (Pastinaca Sativa)

How to Grow Parsnips (Pastinaca Sativa)

Use a wide four-inch drill and scatter the seeds along: this gives the roots plenty of space to develop without thinning out at the seedling stage. Like carrots, parsnips are not suitable for growing in modular trays as the young root will become constricted. Sow your parsnips directly outside in a well prepared seed bed. Choose a still day because parsnip seeds are very light and papery and they can blow away as you handle them. Dig the area deeply and then use a line to mark the row before raking out a wide four-inch drill. Water the drill - this will fix the seeds in position. Sow the seeds to a depth of half of an inch and then lightly cover with soil. If sowing two rows position them a foot apart (30 cm/12 in). As soon as they have germinated (2-3 weeks) you can start to thin them out.

How to Care for Parsnips (Pastinaca Sativa)

Though parsnips prefer full, bright sunlight, they can tolerate part shade. Only grow parsnips in soil that has been turned to 12 inches (30 cm) deep, be sure to remove all rocks and lumps to prevent forking and splitting of the root. Water regularly to keep the soil moist, especially at germination time. You may want to consider covering the soil with a shade cloth or place a plank of wood over the row to help keep it evenly moist. Parsnips grow best in an environment where the average temperatures are between 45 and 70 degrees Fahrenheit. They will tolerate freezing temperatures at both the beginning and end of the growing season. In warm-climate zones, parsnips are often grown during the cooler winter season. Fertilize parsnips by side-dressing the plants at midseason with a granular all-purpose fertilizer. Parsnips require a lot of nitrogen, but only a little bit of phosphorous and potassium. 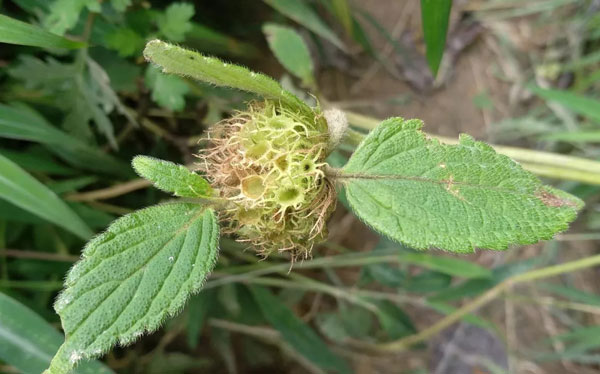 Maturity time from seed to harvest is about 120 or more days depending on the variety and environmental conditions such as weather. Parsnip leaves contain compounds that can cause skin rashes in sensitive individuals. This can be prevented by wearing long-sleeved shirts, long pants and gloves when harvesting.
Parsnips can be harvested at any time but for the best flavour, leave parsnips in the ground and harvest after one or more frosts which causes the carbohydrates in the root to convert to sugar. Mature parsnips with tops intact can be left in the soil as long as the soil remains unfrozen (-1˚C or warmer). This means you can probably harvest parsnips into October depending on the year, or into November with season-extending options.
Apply a thick layer of mulch (at least 15 cm or deeper) on top of the plants in late fall just before the ground freezes to increase your chance of success. Straw or leaves would be a suitable mulch. (Keep leaves in place with a covering of burlap anchored at the edges.) Remove the mulch in spring and then harvest.

In loose soils or containers, you may be able to grasp the parsnip by the top and, with some wiggling, pull it from the soil.
In firmer soils, you may need to use a Garden fork to loosen the soil near the parsnips and then pull it from the loosened soil. Parsnip roots can be very long, so deep digging may be needed. It may help to water two days before harvesting to soften firmer soil.
To store parsnips, first remove the greens by cutting them off about an inch above the crown. Don’t wash the parsnip roots, but you can brush or wipe off excess dirt with your fingers or a dry rag.
Also, it's important that you only store undamaged, healthy-looking roots. Any that have been cut or bruised or haven't reached their full size should be eaten soon after harvesting them.
Whole parsnips can be stored for up to two months in the refrigerator if placed in a perforated plastic bag.
If you have a root cellar, cool basement, or garage that stays in an ideal range of 32-40°F, you can pack parsnips loosely in a box or other container with a medium like sand, sawdust, or even newspapers to keep them separated from one another.
Avoid storing parsnips near ripening fruit, especially apples or pears, and check them often for signs of rot. Stored this way, the roots will last for 4-6 months. 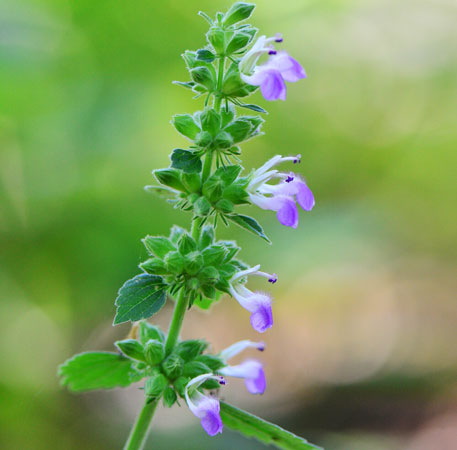 Culinary Use
Parsnips can be eaten raw, but are more commonly served cooked. They are used in stews, casseroles, and soups, and can also be roasted or boiled; Parsnips can also be fried or made into crisps.
Parsnips (Pastinaca Sativa) is a good source of vitamin C, carbohydrates, and minerals such as calcium and potassium, and fiber.
In some locations, this root crop is boiled and then the solid part removed from the stew or soup, leaving behind a flavor that is subtler than the whole root while also contributing to the thickening of the dish due to its high starch content.
In some parts of the English-speaking world, roasted parsnip is considered an essential part of a Christmas dinner and is often featured in a traditional Sunday Roast. Parsnips are a winter root vegetable wit their full flavor only emerging once the roots have been exposed to near freezing temperatures. 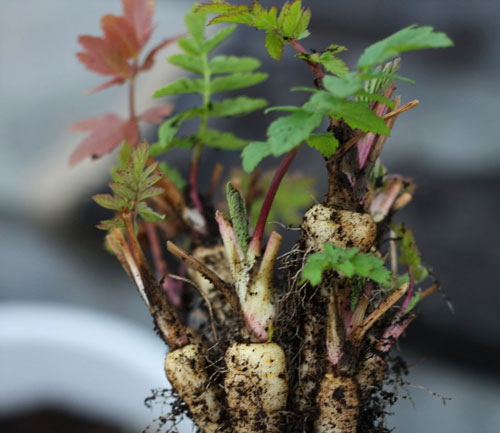 One good thing about parsnips is that they are typically pest and disease free.
The most likely pests you'll see are aphids and carrot rust flies. Aphids chew on the leaves of plants and can usually be controlled by a strong spray from a garden hose or an organic neem spray for bad infestations.
Carrot rust flies are a problem because they lay their eggs around the crown of carrots and related plants like parsnips. When their larvae hatch, they start tunneling into the roots, essentially ruining your crop.
The best way to prevent a carrot fly problem is to practice crop rotation and avoid planting your parsnips anywhere near an area where carrots, celery, dill, parsley, fennel, or celeriac were growing in the last few years. If carrot rust flies are a known problem in your region, use row covers over your seedlings as soon as they pop up. You can also plant onions or chives nearby to discourage the flies.
Parsley Worm
If you see this critter on your parsnip plants, leave it be. This is the swallowtail butterfly caterpillar that only feeds on certain plants in the carrot family.

Parsnips make an excellent companion plant to members of the onion family, such as garlic, onions and leeks, as well as other vegetables such as peas and sweet peppers. Try growing parsnips in between a row of other crops to save space.