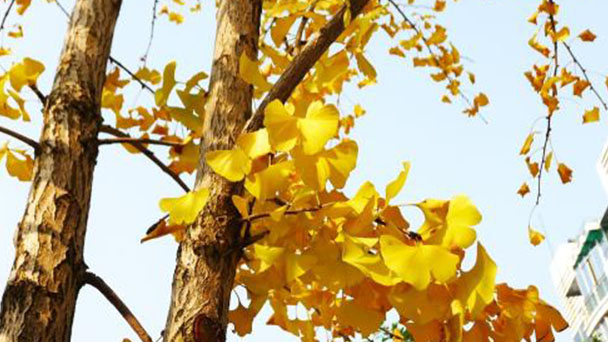 Maidenhair trees are deciduous trees, up to 30 meters high. Flowering period is in April-May and fruiting in September-October.

Maidenhair tree is the oldest relicose plant in the existing seed plants. 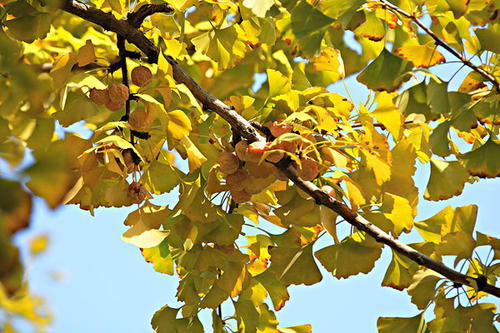 Maidenhair trees have fan-shaped leaves, have a long handle, pale green, glabrous, with most of the fork is in thin vein, the top 5-8 cm wide, often on short shoot with wave shape incision, the long branches often 2 crack, base broadly cuneate, handle long 3 - (5-8) for more than 10 cm long, the young trees and initiation of branches often relatively deep cleft leaves in (blade 13 cm, 15 cm wide), sometimes lobes split again (this is similar to the leaf of more primitive fossil species), leaf in the annual long branches scattered, spiral on the short shoot a tufted 3-8 leaf vein, autumn leaves yellow before.

Corydalis are dioecious, unisexual, in axils of scaly leaves at the tip of short branches, fascicled; The relationship of male carpet-like flowers, pendulous, stamens arranged in a loose and short stem, there were always 2 anthers, long elliptic, the school of separation and separation of drugs;Female conglobose with long pedicel, pedicel end often divided into two, thin 3-5 or not bifurcated, each fork terminal a dish of beads, ovules germinate on it, usually only one fork ovules develop into seeds, wind-pollinated.

Maidenhair trees refer to the ancient plants that survived the era of mass extinction and are called living fossils. Maidenhair tree, yew and Dove tree are endemic reliced-plant species in China, as well as class I and Ii endangered species under state key protection. The Maidenhair tree first appeared in the Carboniferous period 345 million years ago. It was widespread in the northern hemisphere, and by half a million years ago, there was quaternary glaciation,

The earth suddenly becomes cold, and most Maidenhair tree plants become extinct. Only with superior natural conditions in China can they be miraculously preserved. Therefore, it is called "living fossil" by scientists, "the panda of the plant world".

Maidenhair trees have strong adaptability, slow growth, less pests and diseases, and a very long life span of more than ten thousand years. It takes more than 20 years from planting to producing fruit, and it takes 40 years to produce a large amount of fruit. Therefore, it is also called "Gongsun Tree", which means "public planting and sun getting food". 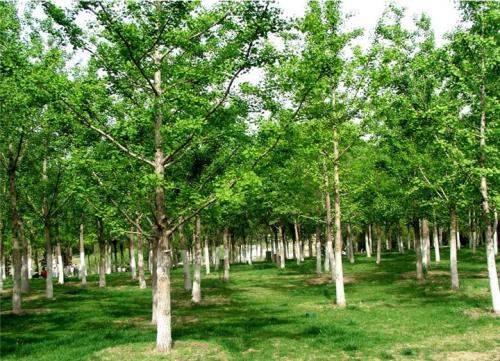 The ripe Fruit of the Maidenhair tree is orange yellow, such as a small apricot, which is stripped of the meat wrapped outside. The core is white skin seed bean, which is called ginkgo. Then the white shell skin is stripped, and the inside is a light green kernel, namely the seed embryo.

Ginkgo refers to nuts, containing hydrocyanic acid, histamine acid, protein, etc., has the effect of health extension, but eating more will be toxic. Children generally even eat 20 or so, adults even eat 50 or so will have the risk of poisoning. The way to prevent Ginkgo poisoning is to cook it before eating, but cooked ginkgo toxin still remains, so it is not advisable to eat too much. If raw nuts are eaten, adults should take 5-7 nuts each time, and children should take 2-5 nuts every half day before eating again. Raw food must be to remove the white shell, red film, benheart (germ).

Ginkgo for lung disease, cough, sputum, there is a therapeutic effect. Also has the inhibitory effect on the child bed-wetting.

The Maidenhair tree was listed as a royal tribute in the Song Dynasty. The Japanese have the habit of eating ginkgo daily. Westerners must have ginkgo for Christmas.

How to grow and care for Maidenhair trees