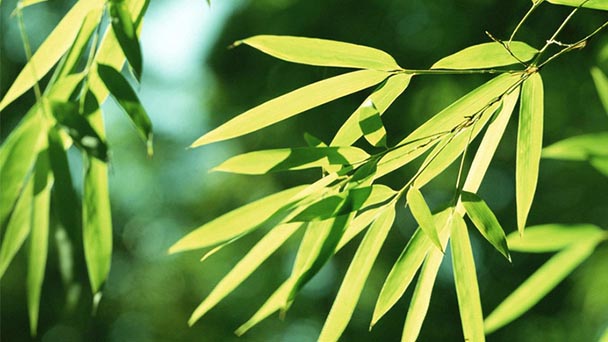 There are varieties of bamboo, like arrow bamboo. Perennial poaceae bamboos, stems for wood, is a branch of the poaceae. In tropical and subtropical areas, East Asia, Southeast Asia and the Indian Ocean and Pacific Islands are the most concentrated. With some species, some low like grass, others as tall as trees, and grow fast. Usually grown in pieces by underground creeping rhizomes, they can also reproduce by flowering and producing its seeds called bamboo rice. Several kinds of bamboo shoots are edible. Bamboo sticks are tall, slender, and green all the year round. They are liked by the Chinese people and are called the four gentlemen with plum, orchid and chrysanthemum. 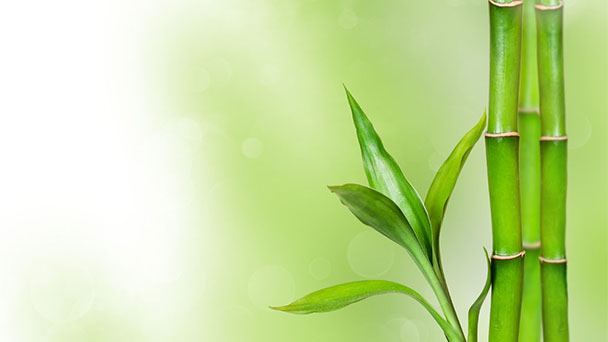 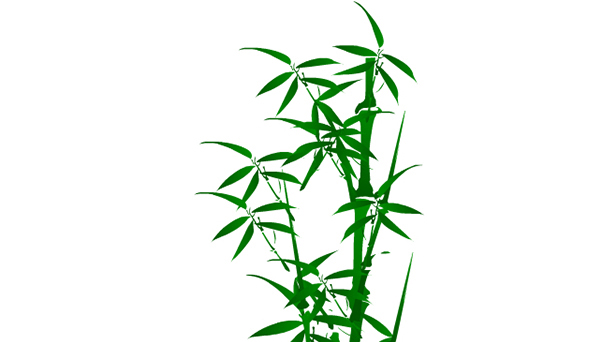 Bamboo is a fast-growing herbaceous plant. Its leaves are narrowly lanceolate, 7.5~16 cm long and 1~2 cm wide. Apex of it is acuminate,  the base is normally obtuse, and the petiole is 5 mm long. One side of margin smooth, the other side with small serrate and coarse; Parallel veins, secondary veins have 6 to 8 pairs, transverse veins are very prominent. Leaves dark green, glabrous, abaxially lighter, base glabrous; It's thin and brittle. The length of Bamboo shoots is about 10 to 30cm, and the number of green nodes of adult bamboo is generally between 10 and 15 cm.

Most bamboo species thrive in warm and humid climates in tropical, subtropical and temperate regions. Bamboo is one of the forest resources. There are over 1,200 species of bamboo in more than 70 genera in the world, mainly grown in tropical and subtropical regions, and a few bamboo species are grown in temperate areas. As an evergreen and shallow rooted plant, bamboo is normally sensitive to hydrothermal conditions, and the distribution on the earth's surface dominates the geographical distribution of bamboo.
Southeast Asia is located in tropical and south Asian tropics, and influenced by the monsoon gathering of the Pacific and Indian Oceans. With enough rainfall and stable heat, southeast Asia is an ideal ecological environment for growing bamboo and the central bamboo distribution in the world. Nowadays, there are about 22 million surface areas of bamboo forest in the world. The geographical distribution of bamboo in the world can be divided into three bamboo regions, according to their names, the Asia-pacific bamboo region, the American bamboo region and the African bamboo region. Some scholars also list separately the introduction regions of Europe and North America.

In the Ming Dynasty, bamboo tubes were used to make a two-stage rocket, which was quite vital when launched into space. With the progress and development of technology, at the end of the 20th century, human beings successfully used bamboo to produce bamboo fiber. The bamboo fiber produced by chemical treatment has a soft feeling, good drapability, bright color of dyeing, and has a natural antibacterial function. Bamboo charcoal is formed by adding polyester fiber to bamboo charcoal. Bamboo charcoal fiber has deodorization ability, and also has the function of releasing far infrared and negative ions. Bamboo charcoal is formed after high temperature carbonization, and bamboo charcoal has strong adsorption capacity. It can remove harmful substances from the surrounding air.

The method of plant separation is wide, branch burial, whip transfer and seeding can all be adopted. The buds and clumps of the bamboo whip are very strong. When the bamboo whip is cut in early spring, and the bamboo pole is planted separately, hsinchu will grow in the summer of that year. The seeds of bamboo after flowering can also be sown.