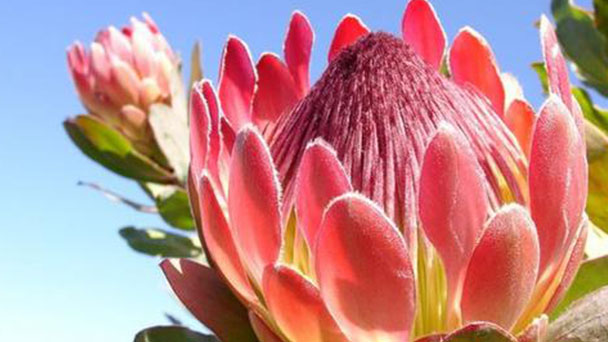 King Protea, the name has a dominant temperament, is not common in our life, originally from South Africa. It is known as the world's most magnificent flowers, representing the tenacious and vigorous vitality, known as the "King of flowers", so called King Protea. 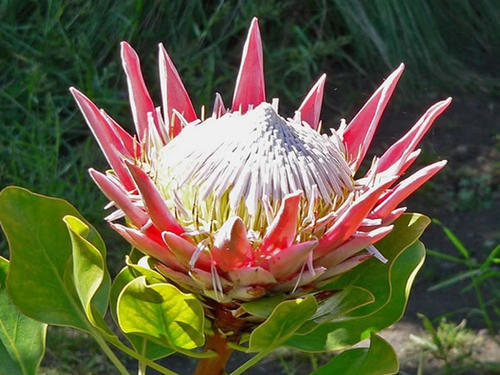 King Protea, also known as Protea cynaroides, are perennial and multi-flowered evergreen shrubs with stems up to 1 meter high. They have unique plant types with strong stems and glossy leaves. The Flower is a ball, the diameter of the ball can be up to 12-30cm, the general plant can grow 4-10 ball, but a few strong plants can open about 40 balls. The flower has many stamens and is surrounded by a large number of variously colored bracts, which are shaped somewhat like Lotus flowers and vary in color from milky white to deep red.

King Protea naturally likes warm, moist, sunny environments, not cold resistant, too low temperature resulting in poor growth or even death; Avoid water, although it prefers wet environments, but if the soil water too much will cause its root rot and death, especially during the growth of seedlings. King Protea likes loose fertile, well-drained acid soil. In summer, it should be shaded and avoid sunlight exposure. It needs a cool and dry climate with an appropriate temperature of about 27 degrees. In winter, we need to keep warm, generally must not be lower than 7 degrees, a few varieties can withstand 0 degrees temperature, maintain sufficient sunshine and air humidity. 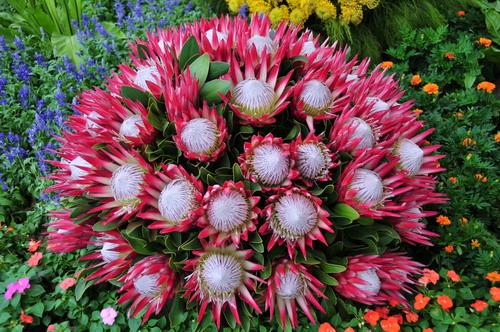 The main value of King Protea

Edible value: King Protea flowers can be made into scented tea, which has the effect of sweating, diuresis and lowering blood pressure. King Protea has a good effect on cold and fever, nasal mucosa inflammation and sore throat. It is suitable for people who often suffer from insomnia or shallow sleep. 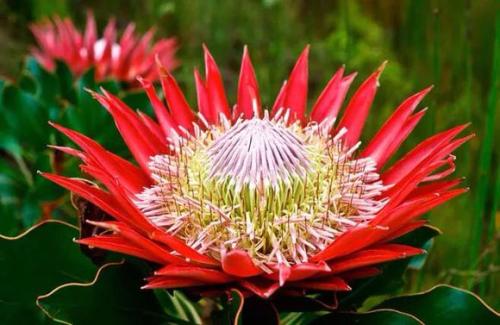 How to propagate King Protea

How to grow and care for King Protea

5 of the best flowers for dried flowers