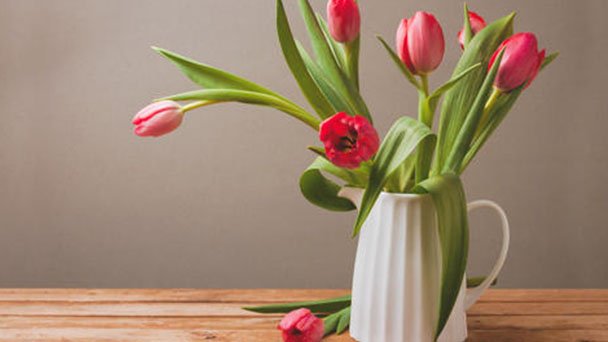 Garden tulip, scentific name Tulipa gesneriana, is the herb of the genus Garden tulip in Liliaceae. It is the national flower of Turkey, Kazakhstan and Holland. 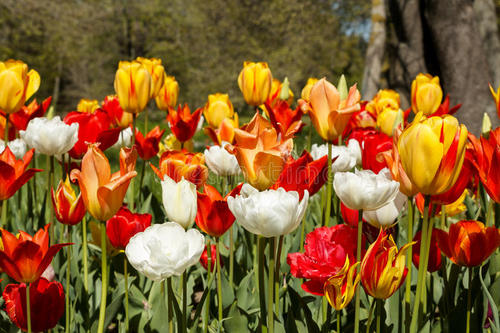 Garden tulip is a perennial herb, the bulb is oblate and conical, with brown leather strand, the bulb is ovate, about 2cm in diameter, the outer coat is paperious, the inner surface top and the base have a few hairs.

Garden Tulip has a cup, bowl, egg, ball, bell, funnel, lily and so on. It has single or double petals. The color is white, pink, magenta, purple, brown, yellow, orange and so on, different shades, monochrome or polychrome.

The ecological habits of Garden Tulip

Garden Tulip is native to the high mountains of Iran and Turkey. Due to the Mediterranean climate, Garden tulip adapts to the characteristics of wet and cold winter and dry and hot summer. It has the characteristics of dormancy in summer, roting in autumn and winter and germination of new buds but not excavated. After low temperature in winter, it starts to expand and grow into stems and leaves in early February of the next year (the temperature is above 5℃) and blossoms in March to April.

Garden tulip is a long-sunshine flower, which likes full sunshine, warm and humid in winter and cool and dry in summer. Garden tulip has strong cold tolerance, in cold areas such as thick snow cover, bulbs can overwinter in the open, but are afraid of heat. If summer comes early, and summer is very hot, it is difficult for the bulb to spend the summer after dormancy.

Garden tulip originated from the coast of the mid-sea and Asia, and Turkey and other places. This species is a widely cultivated flower with a long history and many varieties. 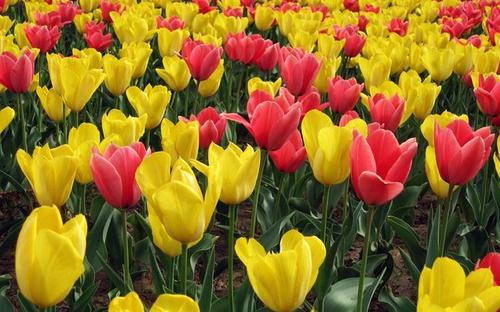 Growing Garden tulip should choose mature and robust, solid texture, integrity, free of disease and insect spots of high quality bulbs. Cultivation with soil requirements fertile loose, good drainage, and should maintain a slightly acidic (PH6-8.5) avoid alkaline soil and viscosity of heavy soil, the ground must be planted and other crops rotation, potted should be replaced every year cultivation soil. Garden Tulip like fertilizer, can be used as a mixture of rotten leaves, rotten cakes and bone meal as the base fertilizer, in the growing period with thin cake fertilizer water as topdressing.

Garden Tulip likes sunshine, and it should be planted in the sun and leeward, pot plant can be placed in the sunshine room. The suitable temperature for growing period and flowering period is 15-20 ℃, the dormant period in midsummer is required between 20-25 ℃, and the winter is not less than 5℃.

Garden Tulip is planted in autumn from October to November. After planting, pour a permeable water, and cover with straw in winter. To be unearthed in the early spring of next year after the normal management. Every 7 to 10 days a decolorized thin cake fertilizer water, in pregnant bud to flowering before appropriate increase in some phosphorus, potash fertilizer, which can make early flowering big. Keep the soil moist at ordinary times, but there should be no water, after the flower of the soil should be maintained not thousand not wet, in order to facilitate the expansion of the new bulb and the formation of the bulb, growth.

In mid to late June, the aboveground part of the plant all withered yellow, the underground part of the new bulb has been mature, the ball has also been formed and grown to a certain size. This time can be excavated, dry, after the mud place ventilation, dry storage, temperature requirements between 20 and 25℃, the highest can not exceed 30℃. When collecting, attention should be paid to prevent the damage of the fibrous membranous color skin on the outer surface of the bulb and the root primordium around the horseshoe bulb disc, because the wound is easily infected with germs.

Most of the factors that cause the degradation of Garden tulip come from diseases and insect pests. During the cultivation and management, soil should be loosened frequently, and poisonous insects should be sprayed with drugs for weeding. For example, when mealworms, aphids and insect cicadas are found, dimethoate and marathon can be sprayed to kill. For subsurface nematodes, 80% dichlorohydrin (1:150) was diluted with water and then sprayed with culture soil to kill them, but it should be done two weeks before planting. Early spring rainy or soil viscosity is too heavy, prone to stand blight, often appear on the bulb yellow-brown disease spots gradually expand black and dry shrinkage, plant collapse dead. This is caused by fungi in the half known bacteria. Diseased plants were immediately controlled and burned after being found. PTCB mixed fine soil (1,25) could be removed around the plants for control. For the symptoms such as speckles and spots caused by the bacteria in leaves and flowers, 1:1:100 Bordeaux liquid and 50% antifungal liquid 1000 times spray can be used for prevention and control.

Garden tulip is commonly used to propagate by spilling and sowing.

After one season of growth, a cue ball planted that year will produce 1-2 large bulbs and 3-5 small bulbs around it. Garden tulip can be planted separately according to the size of the ball, the year after the big ball can flower, small ball culture 1-2 years can also flower.

The sowing and propagation of Garden tulip are mostly used to breed new varieties. Seeds were collected before capsule maturation and dehiscence, and sowed in indoor basin in October.Keep it moist and germinate in the spring.Flowers about 3-4 years. 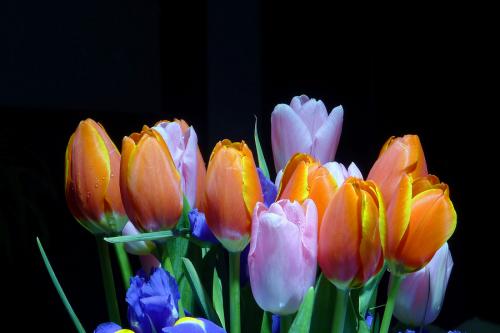