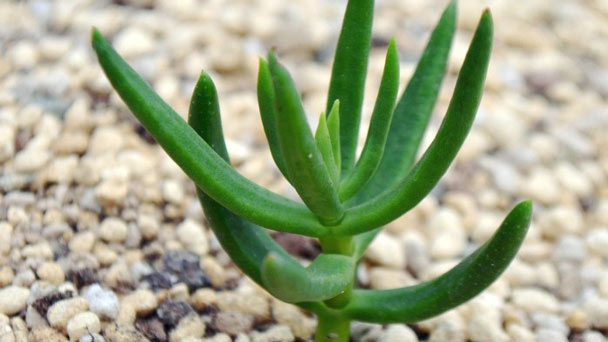 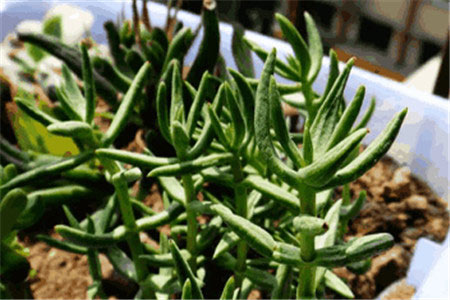 The narrow, almost needle-like foliage and sparsely branched, shrubby, tree-like habit of this South African native have caused it to be misleadingly dubbed "miniature pine." In fact, Crassula Tetragona is an evergreen succulent closely related to jade plant (Crassula ovata). The apple-green, awl-shaped leaves of Crassula Tetragona occur in well-spaced pairs along fleshy upright stems that can reach waist height. Dense clusters of small creamy-white flowers appear at the branch tips in spring and summer.
Like most succulents, Crassula Tetragona prefers fast drainage, whether grown in gardens or containers. Water it occasionally in summer, and sparingly in winter. Crassula Tetragona prefers full sun, but in hot climates requires midday shade. Crassula Tetragona will tolerate a couple of degrees of frost. Remove spent Flower clusters to improve appearance and prevent seedlings (this species has escaped gardens in California via self-sowing). Potted plants may be kept indoors over winter, or grown as house plants.

How to Grow & Care for Crassula Tetragona

How to Grow Crassula Tetragona

After the pine tree cuttings have healed. We need to put them in the potting soil.
The stem cuttings can be placed in the soil in any manner because it will successfully root with adequate supplies of the caring parameters as long as the cutting has been done properly.
The leaf cuttings are also placed on the potting soil. Watering of the leaf cuttings is done when they are completely dry.
It will take 2-3 weeks for the succulent to start rooting if all the favorable parameters are received. You could propagate them through the leaf cutting method too. However, that requires more time and we have to be very patient until we get the results from that. If we are doing the propagation through leaf cuttings, we have to ensure that we use the entire leaf including the base to get the best results.
We have to follow the same process as stem cutting and the only difference is it takes a little longer compared to the stem cutting propagation. Literally, place them in the potting mix at first, then it is better to cover it until they sprout. Offsets are the easiest way to propagate Crassula Tetragona. As the plant grows, it will eventually produce tiny offsets around the base of the stem. These pups can be easily removed and repotted in their own containers.
To separate the offsets from the mother plant, use a clean sharp knife. Gently divide the plant’s roots. Be sure to handle these tiny plants carefully to avoid damaging them. Allow the offsets to dry out for a few days. This ensures that any wounds callus, before planting them in succulent soil mix. Once you’ve placed the offsets into their own containers, be sure to keep them out of direct sun. Once they establish roots, you can immediately begin treating them just as you would a mature Miniature Pine Trees. 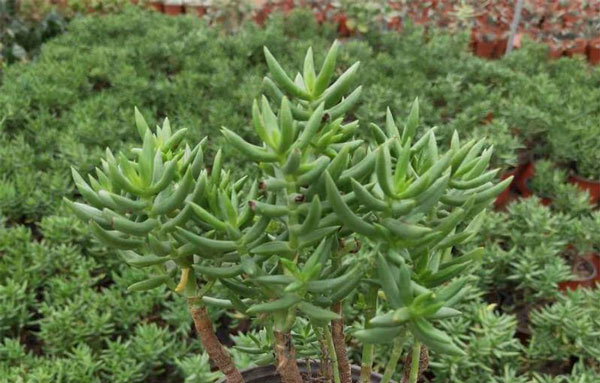 How to Care for Crassula Tetragona

Bright, filtered light and ample airflow are recommended to attain their most vibrant colors. But most Crassula plants need some shade in the hottest period of summer to avoid sunburn. It's important to provide porous soil with adequate drainage. However, crassulas are not picky when it comes to soil pH. They will do well in sandy or even rocky soil. Watering requirements could change  depending on the place where you live  as different places will have different weather conditions. Despite the fact that they do well during dry conditions, providing them some water on a moderate level could help them to stimulate their growth process. Be careful not to over water them as that will be harmful just like the other succulents. Keep in mind that extreme temperatures of any kind can harm your Crassula Tetragona plant. It may result in internal burns. Just like the extreme heat, if your tiny pine tree is exposed to extreme cold it may result in zero growth.
Humidity also plays a vital role in the Crassula Tetragona care. Plants in high dampness & cooler temperatures will require less continuous watering than plants in hot & dry atmospheres. A hygrometer can be used to estimate the moisture content in the soil thereby helping us in watering the plant. Just like some other Succulents such as Jade plant, these succulents will not depend on the fertilizer. Having said that they would still love the nutrients they require which will cause their proper growth and for flower blossoming. The Crassula Tetragona succulent is a slow grower and will not need significant pruning unless it becomes overgrown.
When you do have to trim your Crassula, make sure to cut back the latest growth as close to where it joins with the older stems as possible. 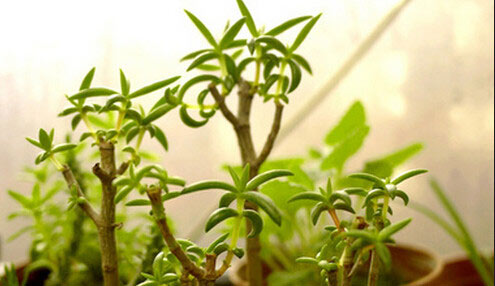 These plants are usually used as an ornamental, although they are believed to have been used as a medicinal plant by Thunberg, who wrote: "Crassula Tetragona, somewhat of an stringent nature, boiled in milk, in the quantity of a handful, is used as a remedy for diarrhea." 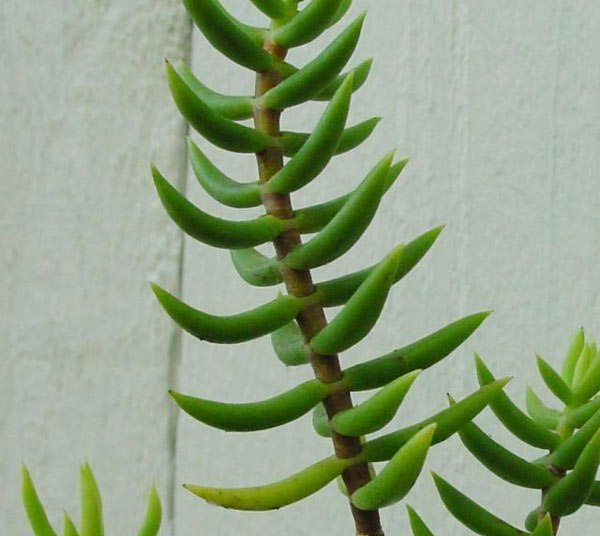 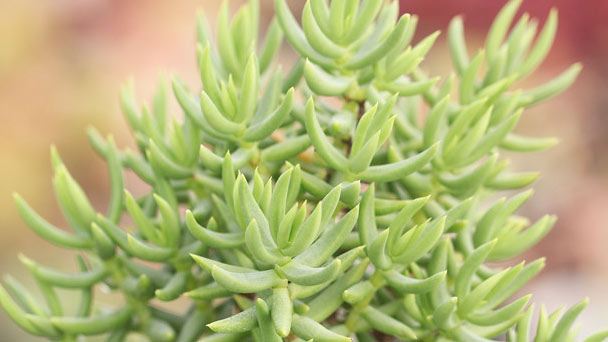 They generally do not require a lot of maintenance. The bottom leaves will brown and die off as the Crassula grows, and this is normal. Be sure to remove these to keep the plant healthy and so that it does not attract pests like the evil mealybug.
Mealybugs are the biggest pest threat to your succulents. They love to hide in crevices on your Crassula so be sure to inspect your plants regularly. If signs of mealy bugs appear in the form of a white cottony web or disfigured leaves, be sure to eradicate them immediately. These small white scale insects drink the sap out of plants and secrete honeydew that attracts ants. A Q-tip dipped in alcohol or a spray from an organic pest killing soap will do the trick. Read my complete post on mealybugs eradication here.
Aphids are less common but still a potential threat to Crassulas. Like mealybugs, they suck out the sap. If left untreated, they will eventually kill your succulent. Protect your echeveria by applying diatomaceous earth to the soil and neem oil to the succulent. Use insecticidal soap to control existing infestations.
Crassula Diseases
Make sure you never let your Crassula stand in water or else the chances of root rot and other fungal diseases will increase. Root rot is caused by consistent moisture and can lead to bacterial infections. The good news is that it is easy to prevent. Avoid overwatering and use a well-draining soil.
Root rot is best caught early, so routinely check for rot on your Crassula. Rotted sections will be brown or black and mushy. The rot usually starts in the roots and spreads up the stem. If you find an infected part, you'll have to remove it or else it will spread. After cutting away the rotted section, leave your succulent out of the soil for a few days so it can dry out and callous over. Repot in fresh well-draining soil and keep an eye on watering.
Crassula Sunburn
Brown spots may appear on your Crassula. These are most likely from sunburn. Move your plant out of direct heat to prevent further damage.