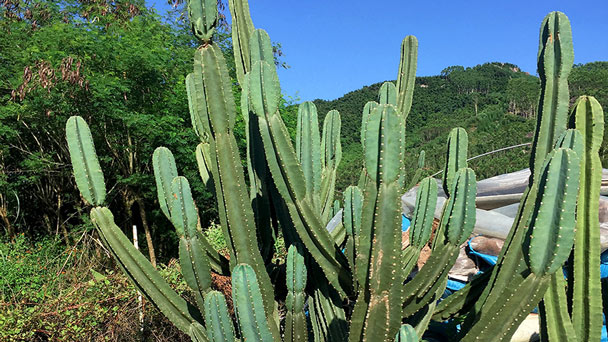 Cereus peruvianus is a bluish green single column that branches out toward the top in the wild, but is unlikely to do o as a potted plant. I has five to eight broad, prominent notched ribs separated by deep, narrow indentations. Areoles in the notches are filled with white hairs and each areole bears a cluster of about seven brown spines, which are unlikely to grow more than 1-2cm (0.4-0.8 inch) long indoors.
Flowers which are generally produced on large specimens only, are about 15cm (6 inch) long and have white petals tinged with brownish green. cereus peruvianus flowers in summer and opens at night time. Each flower blooms only one night and then dies.
The flowers are followed by red fruits 2.5-5cm (1-2 inch) in diameter.

Cereus peruvianus is a large, erect, thorny columnar cactus up to 9m (30 feet) tall when growing in the wild. Though less gigantic in pots, they are much admired for their sculptural, columnar shape, which contrasts impressively with that of most other plants in any collection of cacti. Cereus peruvianus is native from rocky outcrops and the savanna in South America. 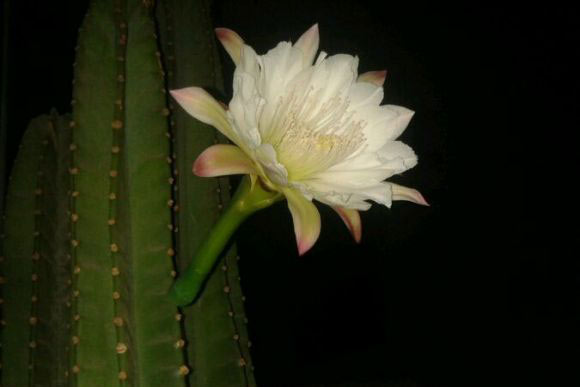 How to Grow and Care for Cereus peruvianus

How to Grow Cereus peruvianus 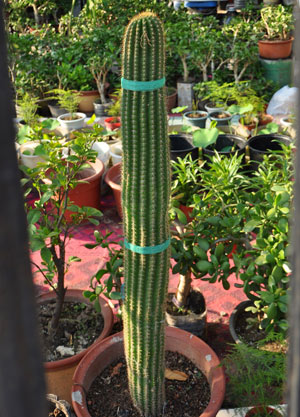 How to Care for Cereus peruvianus 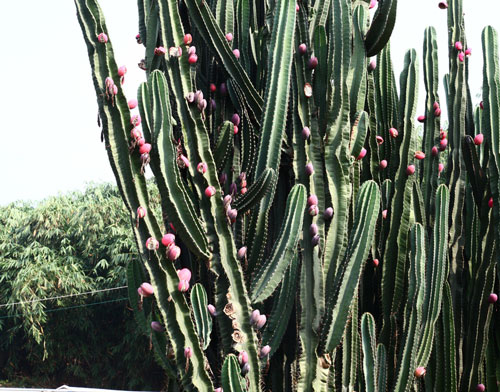 Nutritional Uses
Like many edible cactus fruits, the fruit produced by the peruvian apple cactus is rich in natural sugars, vitamins, and minerals. The tasty white flesh contains high levels of beta-carotene, a precursor to vitamin A, along with Vitamin C, dietary fiber, and more. Eating cereus fruits can help to enhance immune functioning and improve digestion.
Landscape Uses
Cereus peruvianus can be used as a windowsill plant, but mainly as a floor plant as it grows tall. As houseplants Cereus peruvianus will bring an exotic air to interiors where they are.
Observations and statistics of scientists have shown that Cereus peruvianus neutralizes harmful electromagnetic waves emitted by the television, telephone, computer, thus placing the plant in those areas of the house where the electronics are placed is beneficial. 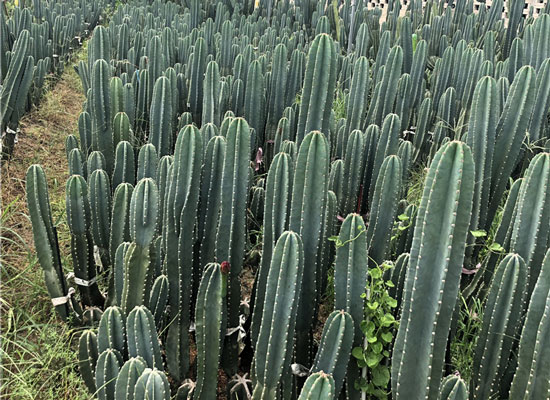 If your Cereus is in bloom, your plants are extremely vulnerable to getting diseases and pests. They are old and tired at this point and it is a good time to take a break from watering and fertilizing. The purpose of resting is so that your cactus can use all the energy it has stored up to produce the giant flowers that will soon be on display.
If you do want to care for your cactus, the best way to proceed is to cut off all of the old bloom stalks, to keep rotting material off of your cactus, to remove all of the old mummies to prevent mold, and to use a light fertilizer when it starts to bloom. Not all cacti need the same care, however. The Cereus Peruvianus will need high amounts of potassium and magnesium while it is in bloom, but after it is done, the nutrients are of no use to the plant. Instead of watering the cactus with fertilizer, apply a magnesium spray to prevent more flowers. 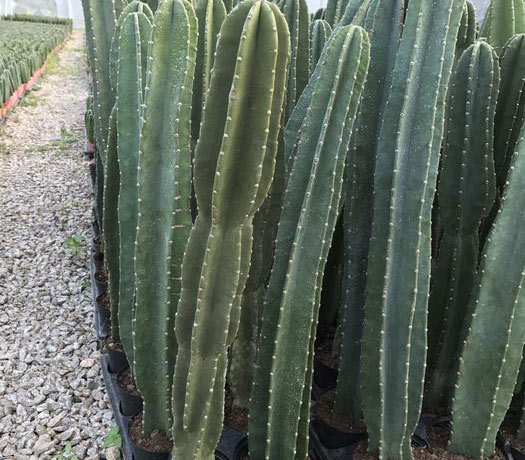 The Peruvian apple cactus is a popular ornamental plant that creates an all-natural architecture for gardens and greenhouses alike. With just a little bit of care and attention, this plant can grow to impressive heights and add a unique element to your floor plan or landscape design. Many gardeners also grow this variety of cactus for its exotic flowers and edible fruits. Versatile and visually appealing, the peruvian apple cactus is a low-maintenance centerpiece for the both the home and the garden.