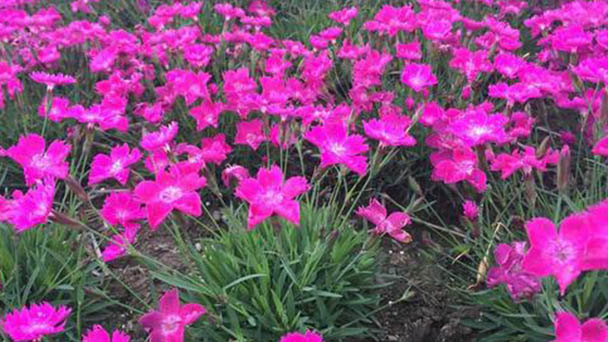 Carthusian Pink, scientific name Dianthus carthusianorum, belongs to the order Caryophyllus and grows in dry places, grasslands and open woodlands. Except Greece, throughout the Mediterranean region, it is also widely distributed in central and western Europe. 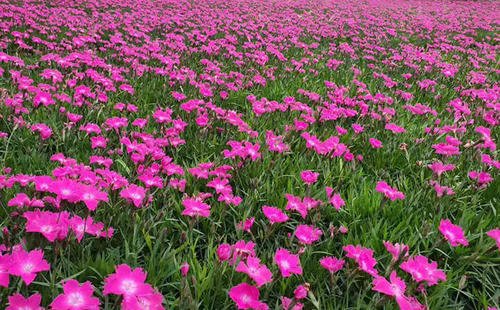 Carthusian Pink is glabrous, with diversity, basal leaves grass - like a cluster. A sheath is formed at the junction of the stem and leaf, wider in diameter than the stem. Flowers are fascicled, calyx cylindrical, slightly contracted at apex. As in all bryophytes, a series of opposite bracts, about half the length of the calyx, surrounds the calyx. Flowers are veined, 20 -- 30mm in diameter, dark pink, petals 5, serrate. 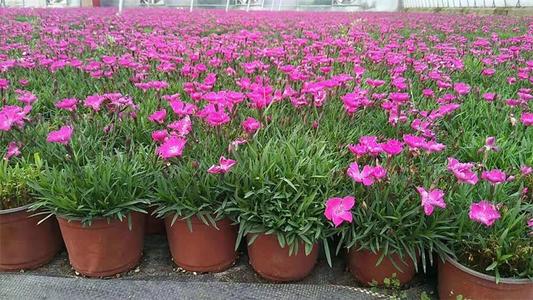 Except Greece, carthusian pink is throughout the Mediterranean region; It is also widely distributed in central and western Europe.

Carthusian Pink is easy to grow. Fermented organic fertilizers can be used as a base fertilizer. After planting, it can be watered with water. This is basically irrational.When flowers bloom or die, prune the dead flowers to avoid seed formation. Pruning can help Carthusian Pink bloom again. Of course, if you want to harvest seeds, you can also not prune, humidity can be top dressing, the overall management of planting is more arbitrary. It doesn't take much effort. Potted soil should be loose, ventilated, fertilizer. Divided into Garden soil + river sand + leaf rot soil according to 1:1:1, or peat soil + perlite + leaf rot soil according to 1:1:1.

Potted Carthusian Pink should be given more light and can be grown on sunny southern balconies with NPK applied every 7-10 days during growth. Cut off the flowers as soon as they are gone. Because the plant type of Carnation is relatively low, do not prune branches when pruning, as long as the residual flowers can be pruned. Carthusian Pink does perform well compared to other dianthus species. Carthusian Pink can be said to be a better breed. Plant one if you like, and you'll see flowers all summer long. 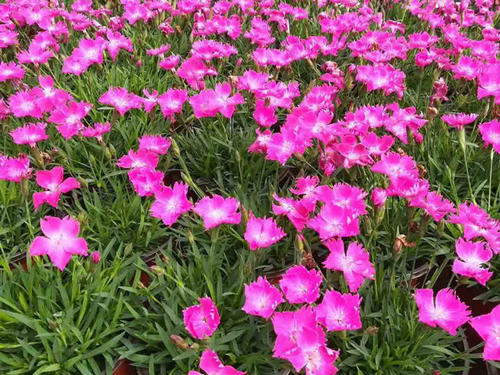