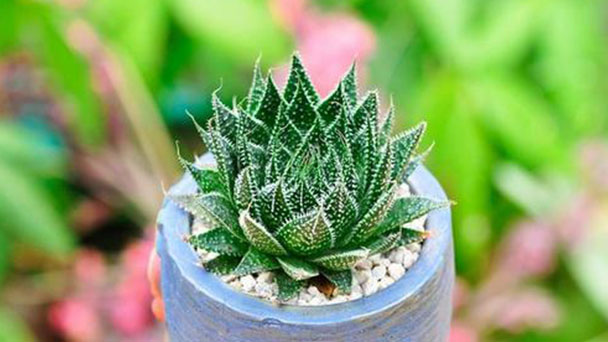 Aristaloe Aristata does not require much in the soil. It is safe to winter above 4 degrees Celsius, but grows very slowly or even stops growing at temperatures too low.Plants are smaller than the general aloe vera, mostly used for ornamental (potted ornamental).When the plant is young, it looks like Sempervivum tectorum.

Aristaloe Aristata is a Succulent perennial herb.The rosette is 20 cm in diameter, up to 40-50 leaves, compact arrangement.Leaves are dark green, reddish, triangular, apiculate, 7-8 cm long, 3 cm wide at base, with 2 keels at back, covered with small, white-toothed warts.Leaf abaxially lower has a keel process, the cross section is triangular, leaf margin is also covered with white warts.Inflorescences high, flowers base red, apex green like shark's paw.

Aristaloe Aristata prefers warm, dry and sunny conditions.Slightly resistant to cold, drought and semi-shade, not resistant to moisture and strong light exposure.Sandy loam should be fertile, loose and well drained.The suitable temperature for growth is 20-24℃, and the temperature in winter is not less than 8℃. 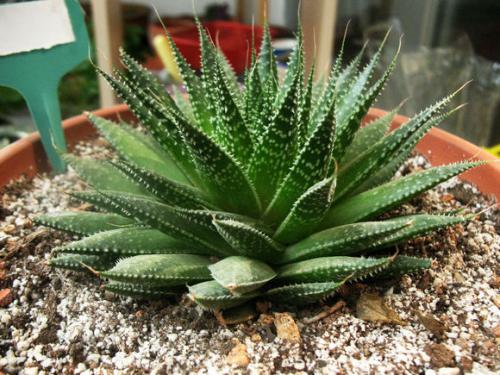 Plant division: spring April-May combined with basin change.The young Aristaloe Aristata from the base of the mother plant can be cut with a sharp knife, such as with roots can be directly potted.Rootless young can be cut in a sand bed first.

Cuttage: From May to June, cut the top of the blade, a little dry and put in the sand bed, about 25-30 days to heal the root.The base of its leaf disc can also germinate new adventitious buds.

Aristaloe Aristata is not only a beautiful green plant for viewing and decorating the home environment, but also has the effect of preventing radiation and purifying the air. Therefore, it can be placed near the computer or TV in the home, which is better for people's physical and mental health. 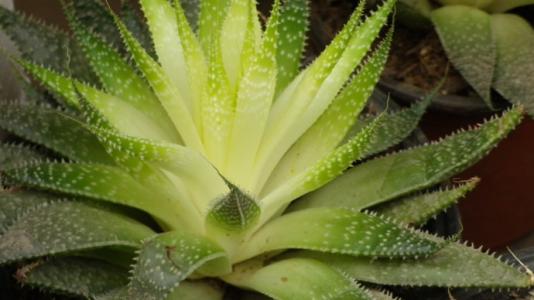 How to grow Aristaloe aristata