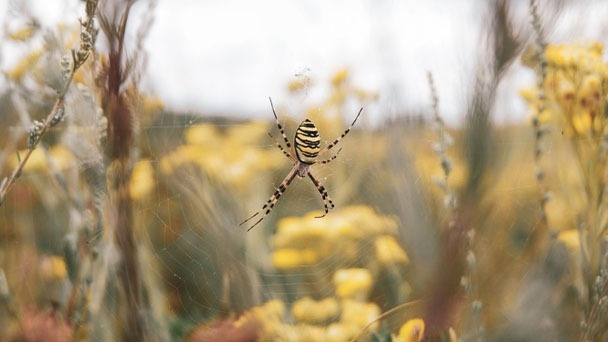 Not only does this give the majority of people the creeps, but brown recluse spiders have a reputation for having toxic venom that can lead to necrosis and other serious medical conditions. Although bites from brown recluse spiders are uncommon and they prefer to avoid humans, the effects of one can be disastrous, especially for young children, animals, the elderly, and those with compromised immune systems.

What Are Brown Recluse Spiders? 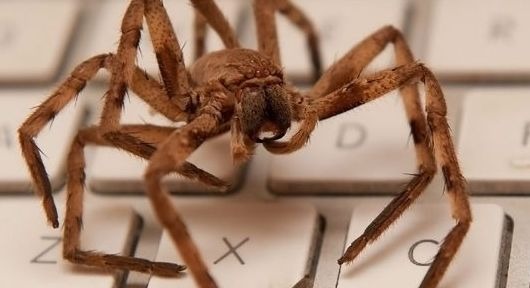 The brown recluse spider, which is frequently recognized by a dark brown violin-shaped marking on its back, is primarily found in the Midwest and Southeast of the United States. This species is well known for its "secretive" behaviors, as it prefers to take residence in warm, dry and dark environments, such as woodpiles, basements and closets. Usually unintentionally, this spider bites when it feels trapped, which typically happens when a hand or foot reaches into a shoe, piece of clothing, or a box in the attic or basement where a brown recluse has made its home. It's crucial to keep an eye on the person who was bitten because their bites can take three hours or longer to develop and three weeks to heal. Children, the elderly, and people with pre-existing medical conditions are particularly vulnerable to the severe allergic reactions that the brown recluse venom can produce.

Because of its coloration, solitary nature, or the dark violin- or fiddle-shaped marking on the top of its chest, the brown recluse or fiddleback/violin spider is known by these common names. Southern Europe, temperate Africa, as well as North, Central, and South America, all have populations of brown recluse spiders. Brown recluse spiders are mainly found in the Midwest and Southeast of the United States. Six of the 11 recognized species are crucial to public health.

Brown recluse spider adults typically measure between 1/4 and 1/2 inches long. Their color ranges from tan to dark brown, and they frequently have a darker fiddle-shaped marking on the dorsum or top of the cephalothorax. Six eyes are present on brown recluse spiders, which are arranged in three pairs of eyes (diads) in a semicircle. In terms of size and color, spiderlings (immatures) and adults are very similar.

When found inside their homes, house spiders like brown recluses are critters that could make anyone flee. Although these tiny, round-bodied, long-legged insects aren't usually destructive to structures, seeing one indoors can be frightful because they are known to carry venom that is poisonous and dangerous to your family.

So what are the most typical indications of a brown recluse spider infestation? The backs of cabinets, storage closets, cracks, and basements are popular hiding places for brown recluses because of how solitary and dark they like to be. When you notice actual spider webs in the corners of your walls, an egg sac, or fewer flying insect swarms, you have a brown recluse spider living inside.

How to Know If You Have Brown Recluse Infestation at Home

It's crucial to understand that pests other than termites, ants, and bed bugs enjoy breaking into houses. Brown recluse spiders, like any other unwelcome insect, have the ability to enter homes in search of a food source and a new place to live, especially during the winter when it gets too cold for their bodies to function outdoors.

1. Presence of Spider Webs in Corners and Crevices

Spun webs hanging from or fastened to your walls and concealed corners are the most obvious indication that you have active spiders in your home. Spiders make thin, elliptical, silk-like threads called webs to help entice and capture their prey. The majority of the time, these webs are sticky, making it simple for any flying insect to become trapped on their surfaces. Brown recluses will puncture their prey with their venom to paralyze them and then eat them once their food is stuck on the webs.

There is a chance that you have an active spider infestation if spider webs start to appear suddenly on areas and surfaces that were previously clear and uncontaminated. Brown recluses may be found throughout the house in open areas, as they don't always need to create their webs in isolated, dim areas.

A brown recluse spider egg sac resembles a spider web in appearance. They are loosely woven and have a silken cream to off-white color to cover the eggs it is carrying and shield them from other insect predators. The egg sacs have a diameter of between two and three inches.

Over the course of their lives, female brown recluse spiders can release up to five egg sacs. The time it takes for the spiderlings to hatch from their eggs, which can range from fifty to hundreds of eggs in each sac, is about a month. The majority of the time, adult recluse spiders can leave their egg sacs on their webs or concealed. As a result, you should look closely at any visible spider webs to see if there is an obvious egg sac that could hatch at any time.

3. Decreased Swarms of Flying Insects Such as Mosquitoes and Termites

Not only are brown recluse spiders harmful to humans, but they are also harmful to other insects. They are thought of as hunter spiders and enjoy swarms of flying insects, such as termites, flies, and mosquitoes, on which they prey. Insects may have been captured and eaten by the spiders in your home if you notice a quieter environment with less buzzing and swarms of them.

It's critical to understand what might draw brown recluses to your homes in addition to being aware of the symptoms of an infestation. Here are some of the common reasons why the brown recluse spider species could be settling in your properties: 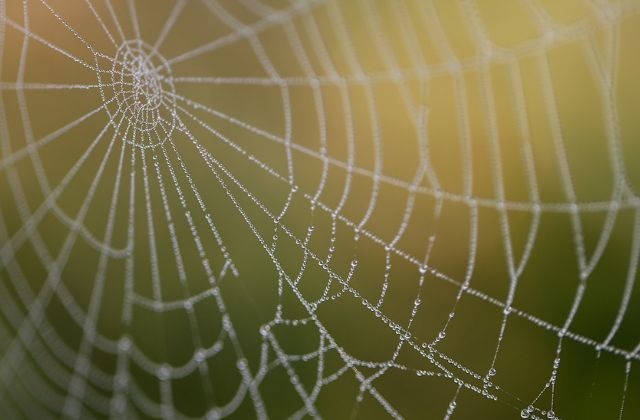 How to Get Rid of Brown Recluse Spiders

Preventing them from entering the house in the first place is the most efficient way to control brown recluse spiders. Homeowners should check the exterior of their residence for any tiny cracks or holes, paying close attention to the locations where utility pipes enter the building. To keep spiders and other insects out, caulk any such openings with silicone to seal them.

To prevent spiders from hiding out in the firewood, stack firewood at least 20 feet away from your house and 5 inches off the ground. When moving the wood, it's a good idea to wear gloves and to give it a thorough inspection before bringing it inside.

When storing items in the basement, garage, or another dark area, clothing and footwear should not be left on the floor or must be shaken out before wearing. Rarely used items like boots, baseball mitts, skates, gardening attire, and gloves should be kept in tightly closed plastic bags or boxes.

How to Differentiate Brown Recluse Spiders from Other Common House Spiders

There are more than 45,000 species of spiders in the world, and the United States is said to be home to more than 3,000 different varieties. Since most common spiders have similar appearances, it is simple to confuse one for the other. But you'll notice that not all spiders are alike if you pay close attention and are familiar with their traits.

The black widow spider, hobo spider, jumping spider, yellow sac spider, wolf spider, grass spider, and cellar spider are some of the species of spiders that are common in various states. In particular, the brown spider is a member of the Loxosceles spider family (also known as Loxosceles reclusa). The southern and southeastern regions of the country are where you can mostly find them in towns and neighborhoods.

Due to the distinctive violin-shaped pattern that runs down the backs of brown recluses from the top to the bottom, these animals are also known as "violin spiders." Contrary to other spider species that may have two-toned coloring, they can appear from light to dark brown, and the majority of their fur-covered bodies have the same color. In contrast to the typical eight eyes of most house spiders, they also have three pairs of eyes. A brown recluse adult can reach a length and width of up to 1/4 inch and 1/8 inch, respectively.

Which Season Are Brown Recluse Spiders Most Active?

Although brown recluse spiders can be found almost all year round, they are probably hibernating during the winter. The period when brown recluses' usual hiding places are disturbed is when infestations and spider bites can happen. March through October are their busiest months, during which time homeowners mostly clean or repair their living spaces. Though it's a good idea to have a year-round pest control measure, it's best to plan any brown recluse control measures around these months.

The brown recluse spider is not a combative species; it only bites when it feels threatened. This might happen if someone puts on infected clothing or rolls onto a spider while dozing off. Contact bites can also result from their propensity for weaving webs in boxes and discarded furniture. Most bites happen in the summer when people come into contact with these spiders in attics, barns, basements, closets, and woodpiles.

Brown recluses typically play dead or run away from danger when confronted. When this spider is tangled in clothing, towels, bedding, or work gloves, it often bites when it is pressed up against the skin. Many people get bitten after putting on clothes that they had left on the floor or hadn't worn in a while.

How Dangerous Are Brown Recluse Spiders?

One of the most dangerous spider venoms is that of the brown recluse. Because brown recluse bites are typically painless, you won't immediately notice one until the bite site swells and turns red after a few hours.

An individual may potentially experience necrosis of the blood vessels and tissues in severe cases of brown recluse spider bite. A deep scar or skin lesion may occasionally be left behind by the necrotic wound. Rarely, other signs of a severe brown spider bite can include nausea, vomiting, fever, chills, muscle pain, or vertigo.

When this poisonous spider bites you, the first thing you should do is wash and clean the area with soap and water. This will lessen the initial bite's toxicity somewhat and stop any bacteria from getting into your bloodstream and causing an infection.

A cold compress or ice pack applied to the infected area can also help reduce some of the discomfort and swelling. To lessen the effects of the bite, you can also use an antibiotic cream or corticosteroids. If the bite doesn't heal within a few days, keep an eye on your skin's condition and seek medical attention right away. 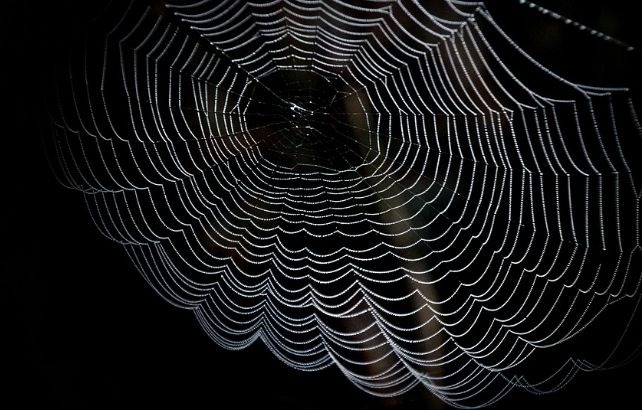 Although the brown recluse spider is not aggressive, it will bite anyone if it feels threatened. The likelihood of a severe reaction to the bite is highest in children, the elderly, and people with pre-existing medical conditions.

If you bother a brown recluse, it might bite you. Although the spider won't chase after a person, if you come close to a brown recluse, it may bite to protect itself. Spiders like to conceal themselves in dim areas like beds and clothing. The majority of spider bites happen indoors when you unintentionally come into contact with one.

How Soon After Treatment for a Brown Recluse Bite Will I Feel Better?

What Happens If a Brown Recluse Bite Goes Untreated?

The wound may be infected, particularly if it starts to leak a cloudy liquid, if the area around the bite keeps expanding and your pain level rises. Risky infections could spread farther from the wound. An unattended wound that has become infected could, in some cases, be fatal.

How Can I Reduce My Risk of Being Bitten by a Brown Recluse?

Does Peppermint Oil Repel Spiders - Get Rid Of Spiders

Does Diatomaceous Earth Kill Spiders - Is It Safe to Use?

Will Lysol Kill Spiders - Does All Types of Lysol Work?

Do Mothballs Keep Spiders Away - How to Use Moth Balls