Does Peppermint Oil Repel Spiders - Get Rid Of Spiders 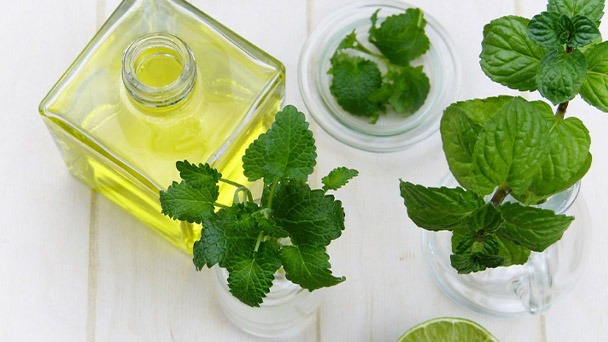 A popular myth is that essential oils such as peppermint, lemon, chestnut, and more will repel spiders and keep them away from a specific area – namely, our homes! Natural solutions to bug problems are highly sought-after because they don't produce chemicals with undesirable side effects, like fumigation and household pesticides.

However, like any homemade or anecdotal remedy, results may vary, and science may or may not support them. How does peppermint oil fare?

Does Peppermint Oil Keep Spiders Away?

Anecdotally, you can find many thousands of results on search engines that claim peppermint oil, among other oils, cured their arachnid woes. Even Healthline, a generally reputable site, says that peppermint oil works.

Peppermint oil can keep spiders away, according to a 2017 study that used 3 oils and 3 species of spiders. The study found that the spiders would avoid peppermint oil 75% of the time. However, more research is needed as the study is relatively limited in scope.

Speculation says that spiders are extremely sensitive to any powerful scents due to their olfactory (smelling) senses coming from their legs.

Yes, spiders smell with their legs! The reason behind this is somewhat supported by nature – a stick bug uses a peppermint-like scent as a deterrent against predators such as spiders.

One theory states that the monoterpenoids in peppermint oil – which all essential oils contain – act as pesticides.

It's challenging to find research about essential oils being effective pesticides or even repellents because they're very widely available. Conspiracy-minded people say this is due to corporate influence from pesticide companies, which is as yet unsubstantiated.

How Long Does Peppermint Oil Keep Spiders Away?

Applying peppermint oil once a week is a good start for keeping spiders away. However, if you still see spiders with weekly applications of peppermint oil, try applying it twice a week and see how that fares. Make sure there's enough ventilation to allow the scents to dissipate quickly.

How to Use Peppermint Oil for Spiders?

Use a spray bottle for your peppermint oil so that you can cover as much surface area as possible to repel spiders. Just throwing a bit of oil repeatedly isn't likely to do much. Alternatively, you could grow peppermint plants and place them at strategic places around your house.

You want to put your peppermint plants anywhere you think the spiders will likely try to avoid. There's no scientific research to support this, but it won't hurt to try.

Yet another way to employ peppermint oil around the house is to soak some cotton balls with it and keep them in the nooks and crannies spiders commonly frequent.

How Much Peppermint Oil for Spiders?

You shouldn't need a lot of peppermint oil for spiders since they generally have a powerful scent. Start with 5 drops to 16 oz (473 ml) spray bottle of water, and consider adding dish soap to the mix – all types of bugs are known to dislike dish soap.

If you find that this solution isn't very effective, you can raise the ratio of peppermint oil to water to one part peppermint oil, 10 parts water. For extra strength, add a dash or two of vinegar – this is yet another strong smell that bugs, including spiders, seem to avoid actively.

Another theory behind vinegar as a repellent is that its acetic acid harms bugs when they touch it. As with any ingredient, though, your mileage may vary.

Where to Spray Peppermint Oil for Spiders?

Use peppermint oil solutions in ceiling corners, unused corners behind or near furniture, and in dank, sparsely visited areas. These areas may include basements and underneath kitchen cabinets.

Other common places for spiders to visit are around windows, doors, and outside your home. These can all be sprayed to maximize the chances of discouraging spiders from lingering near your home. 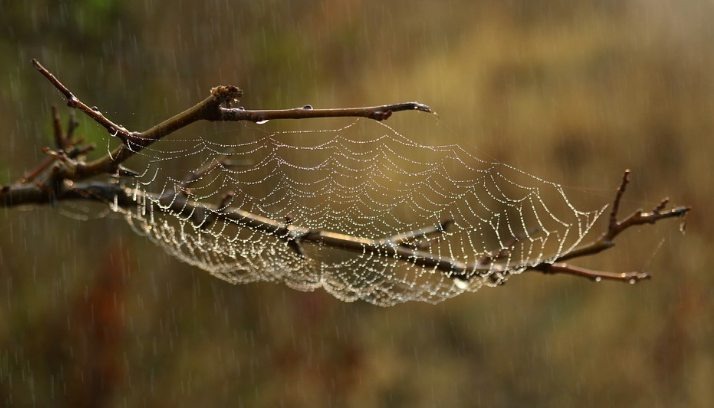 How Often Should You Spray Peppermint Oil for Spiders?

You should spray peppermint oil in your home once a week for repelling spiders. Spray the peppermint oil every few days if you're seeing spiders again before the week is up. However, if there are still spiders soon after spraying, increase your solution's ratio of peppermint oil to water.

Remember that too little oil to water will result in a weaker scent that may not be enough to deter spiders.

What Kind of Peppermint Oil to Use for Spiders?

You can use any kind of peppermint oil effectively for spiders as there isn't a specific formula for it. Anything peppermint, be it the oil or plant, are a good option. You can easily get one from your local grocery stores, health food stores, pharmacies, online, and more.

The only difference between the various peppermint oils out there is the strength of the oil. For instance, some have a more pungent scent than others, making them more suitable for use in spider-repelling solutions.

How Effective is Peppermint Oil Against Spiders?

As mentioned, 3 species of spiders were used in the 2017 scientific study about peppermint oil.

Peppermint oil is effective against most house spiders. However, since more research is needed regarding peppermint oil's effects on spiders, we can assume that some spiders will be less susceptible to peppermint oil than others – for example, the spiders living nearby outside your home.

While deterrence is extremely useful, you may wonder if peppermint oil is only useful in that capacity.

Peppermint oil doesn't kill spiders outright, unfortunately. For anyone who wants to exterminate their spider problem completely, peppermint oil isn't all that beneficial. On the right side, spiders dislike peppermint oil, so you can use it to deter spiders from building nests in your home.

However, after using other means of killing the spiders in your home, you could use peppermint oil to deter any new spiders from moving in.

Peppermint oil is generally considered safe in small doses. It does contain menthol, which may cause skin irritation. According to the National Association for Holistic Aromatherapy, inhaling large doses of peppermint oil may cause:

Your risk of side effects increases if you spray large amounts of undiluted peppermint oil in an enclosed area. Always dilute peppermint oil and use caution when spraying it inside your home. Avoid spraying your whole house at once. Spray small areas at a time, and keep your windows open for fresh air. Spraying peppermint oil around the outside perimeter of your home is less likely to cause side effects.

According to the ASPCA, mint is toxic to dogs and cats. They don't have to eat it to get sick. Even inhaling mint may cause severe symptoms. If you have dogs or cats, avoid using peppermint oil in your home unless it's in an area your pets can't access.

Also Read How to Get Rid of the Following Species:
Animals:

Other Natural Repellents That Work Against Spiders

While peppermint oil is one of the most popular natural home deterrents against spiders, it's not the only one. Some people swear by lemon oil, for instance. That's interesting because the 2017 study referenced above found that lemon oil had virtually no effect on deterring spiders – even chestnuts were more effective.

Other natural repellents that work against spiders include vinegar, which is a great solution for keeping spiders out of your home. You can also use vinegar to repel other bugs. Use white vinegar in a 1:1 water solution spray to deter bugs and spiders in much the same way as peppermint oil.

Spiders hate the smell, and the acetic acid in vinegar can harm them if sprayed directly on them. However, vinegar is unlikely to kill spiders outright, so don't expect it to replace extermination measures.

Chestnuts are also useful as a deterrent, as referenced in the 2017 study proving peppermint oil's usefulness. These can be placed behind furniture, in corners, under cabinets, and in other areas spiders go.

It's crucial to note that you should never use chestnuts to repel spiders if a member of your household has a tree nut allergy. This could lead to unnecessary health complications like an anaphylactic shock if the allergy is sensitive enough.

Finding spiders at home is common because spiders typically live close to their food source. Whether you're arachnophobic or not, the sight of spiders, especially their cobwebs, isn't pleasant; so, you may want to get rid of them and discourage them from hanging around your home.

When applied at least once weekly, peppermint oil is an effective spider deterrent for the home, but it won't exterminate a severe infestation. If deterrence is the goal, peppermint oil works well as a spray solution with water and dish soap. Some people swear that vinegar works too, so consider giving it a try.
Read More: