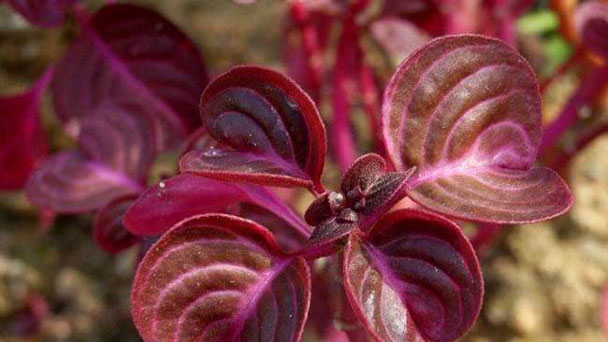 Iresine herbstii (Bloodleaf Plant) is a tropical plant that doesn't tolerate chilly winter temperatures. However, iresine herbstii is easily grown indoors planted in a container filled with a well-drained commercial potting soil. Iresine herbstii can add color to the outdoor environment during warm weather and then come indoors before the first frost in autumn. Alternatively, Iresine herbstii (Bloodleaf)can grow indoors all year round. Care is similar to outdoor care -bright indirect sunlight and regular applications of a liquid fertilizer specifically intended for indoor plants, applied during spring and summer. Let the top of the soil dry between waterings. 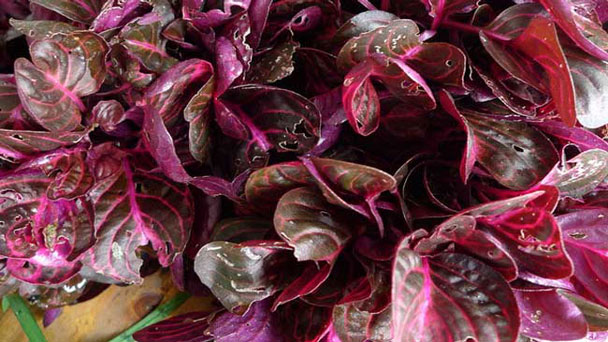 You can easily propagate Iresine herbstii by using cuttings. For the best results, cut the fleshy tip of the stem early in the spring season. Be sure that the stem cutting measures at least 3 to 4 inches (8 to 10 cm). Dip the end of the cutting into a rooting hormone and then root it in a container with moist perlite. Make sure to place this somewhere warm with a high humidity.
Cover the container with a plastic bag to keep the moisture in. You can remove it when the plant starts to form new growth. The cuttings will start to develop roots fairly easily. As mentioned earlier, it develops fast and responds well to pruning.
The Iresine herbstii (Bloodleaf plant) should be repotted once a year until it reaches its mature size. Afterward, it can be repotted every other year or propagated again to create new plants before being discarded. It is commonly used as a bedding plant in tropical landscapes. Growing them in a mixed container along with other tropical plants creates a colorful and lively arrangement. 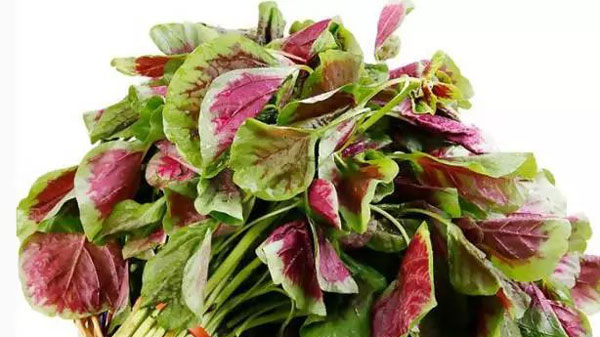 The Iresine herbstii (Bloodleaf Plant) needs to be watered thoroughly as it enjoys moist soil. In order to check if the Iresine herbstii plant needs to be watered, press your finger into the soil to a depth of about an inch (3 cm). If the soil feels dry, water deeply and drain out the excess fluid. Adding a 2 or 3-inch layer of organic mulch can help retain moisture in the soil. During the winter, you will need to water less but make sure that the soil does not completely dry out. Make sure to also drain the saucer under the pot around 20 minutes after watering because the roots of the plant could start rotting if left sitting in the fluid. 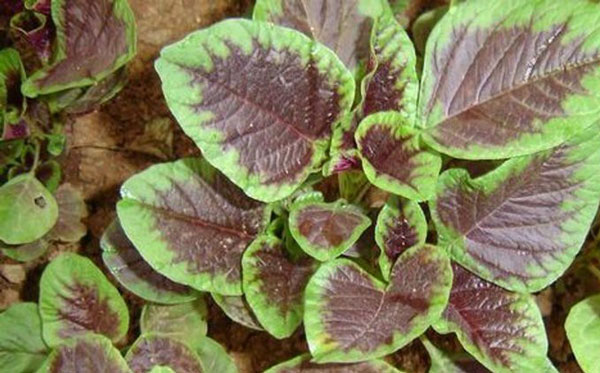 Feed Iresine herbstii with a high-nitrogen liquid fertilizer every two to three weeks throughout the growing season.

Iresine herbstii will put out small, pale green-white flowers, but they're not showy. Therefore, most gardeners choose to pinch off the buds, so that the plant can divert its energy into growing its beautiful foliage.

A Iresine herbstii plant is susceptible to infestations of aphids and spider mites, although healthy, properly maintained plants are more resistant. Aphids are tiny insects that congregate on the undersides and joints of leaves, where they suck the sap from the plant. Spider mites, which also suck the juices from the plant, are so tiny they are difficult to see with the naked eye. However, Iresine herbstii are evidenced by a stippled or pepper appearance they leave on the foliage. Both are removed by regular application of an insecticidal soap spray or with a spray containing pyrethrin, a natural, plant-based substance. Although chemical pesticides are effective, they also kill beneficial insects such as ladybugs that feast on aphids and spider mites. 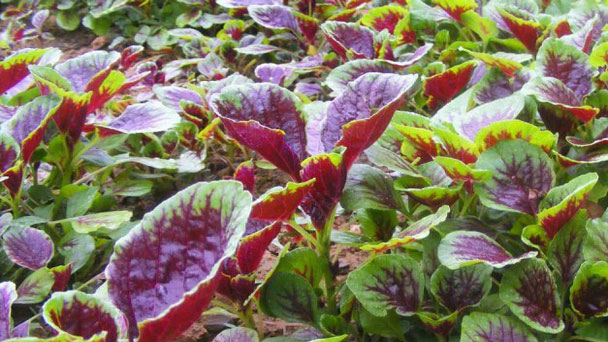 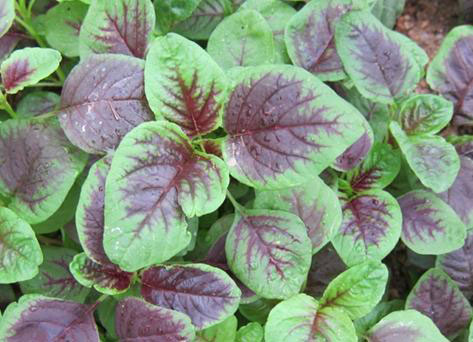 Iresine herbstii, commonly called bloodleaf or beefsteak plant. is native to Brazil. It is noted for its ornamental foliage. This is a short-lived perennial that is often grown as an annual.

Although Iresine herbstii (Bloodleaf Plant) can be planted both outside and indoors, it gets quite finicky outdoors. Iresine herbstii is hardy to USDA Zones 10 to 12, and it needs a lot of heat and humidity.

Why is my iresine drooping?

If Iresine herbstii needs water the leaves start to droop and if not watered within one day the whole plant begins to droop. The good news is that after watering a badly drooping plant it perks up in about two hours and is fine in about 6 hours. Beside the ease of care, the best thing is the color of the leaves.