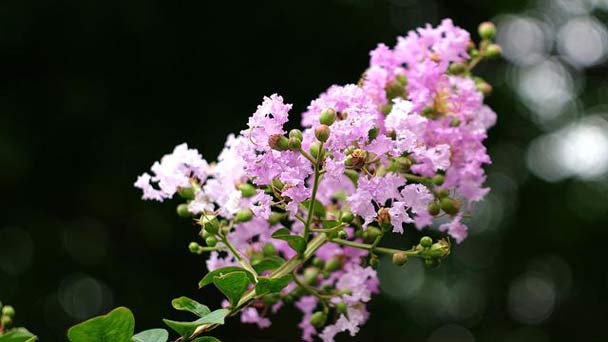 Where to Grow Acoma Crape Myrtle

Plant acoma crape myrtle in the sunniest location in your front or backyard. Acoma Crape myrtles thrive in plenty of sunshine, where they get at least six hours of sunlight daily. However, it's good to remember that they can withstand some shade.
You should also plant acoma crape myrtle tree in a location where the plant's sizeable crown has room to grow and spread. Some Acoma crape myrtles can be wider than they are tall. So, if you want to enjoy the blooming shrubs' full beauty, grow Acoma Crape Myrtle in a spot with enough room for their foliage.

When to Grow Acoma Crape Myrtle 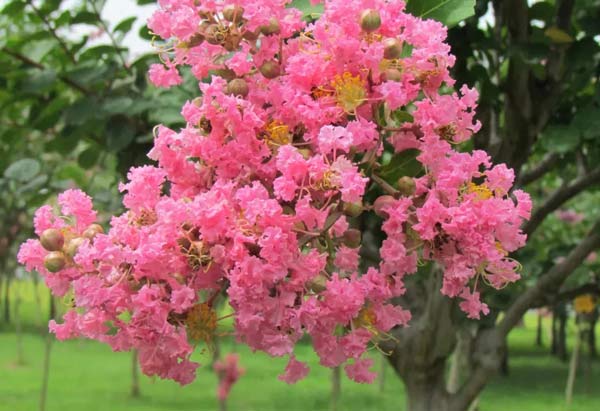 How to Grow Acoma Crape Myrtle from Cuttings

Follow these steps to propagate Acoma Crape Myrtle tree with cuttings:
Use clean scissors or garden shears to remove hardwood or softwood cuttings. Hardwood cuttings should be about eight inches in length. Take hardwood cuttings once the tree has become dormant for the year, typically in the late fall. Softwood cuttings are obtained in the spring or summer and should be about six inches in length with several nodes.
Plant the cutting in a container with quality potting soil, leaving about one inch of the cutting above the soil line.
Maintain soil moisture and position the pot in a location that receives plenty of sun. Softwood cuttings should see new growth in about a month. Hardwood cuttings will grow more slowly, but won’t be ready for planting until summer anyway.
Once the cutting has taken root and is showing signs of new growth, it can be planted out. Be sure to water generously and position your new plant in a location with abundant light. 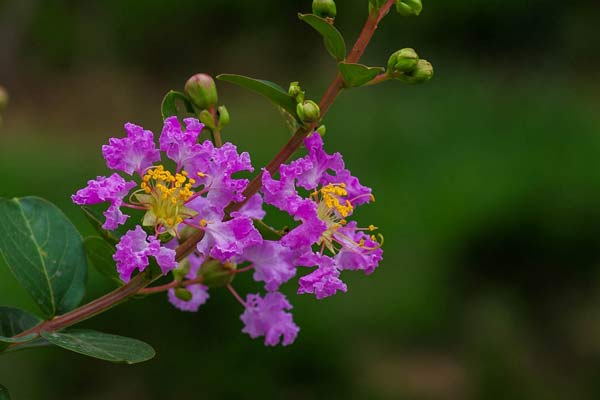 How to Care for Acoma Crape Myrtle

Acoma Crape Myrtle needs full sun (6 or more hours per day) to thrive. With less sunlight, blooms will not be as prolific and their colors may be diminished.

Although Acoma crape myrtles can be grown in virtually any soil, foliage may turn yellow if soil is too alkaline. Good drainage is required for any type of soil.

Once established, crape myrtles are quite drought tolerant. During the first few growing seasons, they should be watered regularly and deeply once a week, or twice a week in extremely hot weather.

Like other crape myrtle varieties that thrive in the sun and heat, the Acoma crape myrtle tree does well even in hot climates, and it has a tolerance for humidity or drought.
On the other end of the spectrum, Acoma Crape Myrtle is hardy in USDA zones 7 to 9, and can generally withstand temperatures down to about zero-degrees Fahrenheit successfully.

The Acoma Crape Myrtle prefers well-draining clay, loam, or sandy soils. The pH level of the soil should be 5.5 to 7.5. Apply a high-nitrogen fertilizer in the spring as soon as the leaves appear and again in two months.
A complete general-purpose garden fertilizer — such as 8-8-8, 10-10-10, 12-4-8 or 16-4-8 — is ideal for Acoma Crape Myrtle. To newly planted small plants (1-gallon size), apply 1 teaspoon of fertilizer monthly from March to August along the perimeter of the planting hole. Larger, established plants will benefit from one broadcast application of fertilizer in spring. Apply 8-8-8 or 10-10-10 at a rate of 1 lb. per 100 sq. ft. or 12-4-8 or 16-4-8 at a rate of ½ lb. per 100 sq. ft. Avoid over-fertilization because it causes excess growth and reduced flowering. The best time to fertilize Acoma Crape Myrtle is just before a rain. Otherwise, water in the fertilizer after application with irrigation. It is not necessary to remove mulch when fertilizing.

Acoma Crape myrtle flowers on new growth of the season, so if you choose to prune, do so in the dormant season, i.e. later winter to early spring before growth resumes. Avoid pruning in early fall before the first frost, because pruning forces new growth and keeps the plant from going dormant. Severe freezes can kill the plant if it is not fully dormant.
It is a common misconception that crape myrtles require pruning in order to flower. This is not only false but has also resulted in virtually millions of plants being pruned very aggressively, a practice commonly referred to as "crape murder." The most natural and beautiful crape myrtle trees result from limited or no pruning. In addition, aggressive pruning leads to increased suckering (shoots arising from below-ground roots) which is not only undesirable but it could result in powdery mildew spreading from the suckers to the canopy of the tree. Aphids are also attracted to the succulent growth which results from aggressive pruning.

The major problems with Acoma Crape Myrtle include Japanese beetle, aphids, whitefly and powdery mildew. Again, providing a good location and proper sizing to fit the site will minimize most of these problems, but monitor for them and treat as needed.
Spraying a large Acoma Crape Myrtle can be difficult, so systemic drenches are often the recommendation treatment. Acoma Crape Myrtle seem to do a tolerable job as preventatives where the problems have been known to exist in the past. For a bad infestation on a large specimen, you may want to have a professional handle the job. 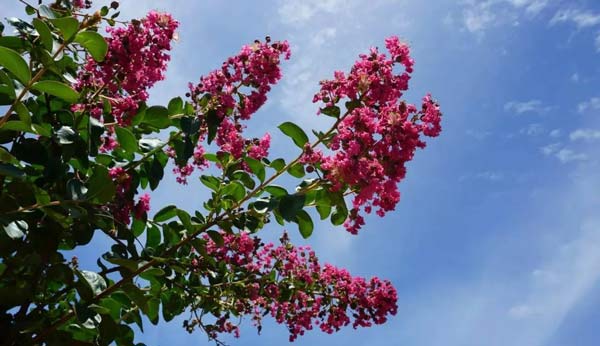 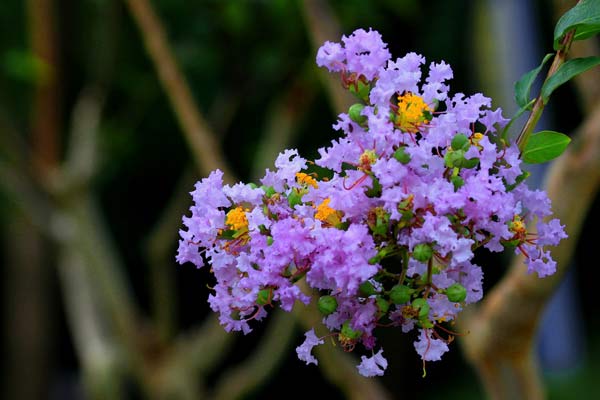 Acoma Crape Myrtle are fast-growing shrubs and trees that can grow at a rate of 1 to 2 ft. (0.3 – 0.6 m) per year. The Acoma Crape Myrtle's rapid growth means these garden shrubs are ideal for developing a colorful garden landscape.
Considering Acoma Crape Myrtle's growth rate can help to decide on the ideal cultivar for your backyard. For example, say you require a small to medium-sized flowering shrub for your garden. It would be best to choose a Lagerstroemia indica cultivar with a mature height of 8 to 10 ft. (2.4 – 3 m). Any larger Acoma Crape Myrtle plant will mean that you have to prune the plant regularly to control its height.

Why is Acoma Crape Myrtle not blooming?

Newly-planted Acoma Crape Myrtle may not bloom fully until their second season, so be patient if your crape is still establishing itself. Too much shade may also contribute to fewer blooms. Over-pruning can result in decreased flowering, as your tree’s energy will be spent on producing new branches instead of blooms. Too much water or fertilizer can cause foliage growth at the expense of bloom production.

A crape myrtle's roots may spread out a considerable distance; however, they are relatively weak and not aggressive. They do not produce heavy side roots that would cause damage to walkways, driveways, or foundations. Shallow crape myrtle roots may prove to be competition for water with surrounding grass.

Crape myrtles are listed as a safe plant according to the University of California, Davis. The ASPCA also lists them as being non-toxic to dogs, cats, and horses. For more safe plant choices, see 20 Common Plants Safe for Cats & Dogs.