How to Grow and Care for Fittonia Albivenis (White Nerve Plant) Fittonia Albivenis (White Nerve Plant), the odour has no toxicity, and using at ordinary times Fittonia Albivenis also won't produce bad effects. But it has many varieties, and each species has a unique ornamental value. It can be potted ornamental plants, also can effectively remove the harmful gas in the air, improve air quality, and can improve indoor feng shui, soothe people's rage point of view, very suitable for indoor plants maintenance. 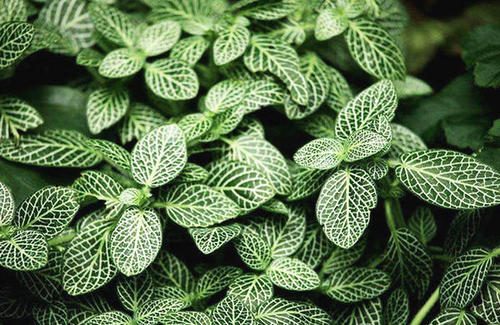 When to Plant Fittonia Albivenis

When does Fittonia Albivenis Bloom & Harvest

The role of Fittonia Albivenis 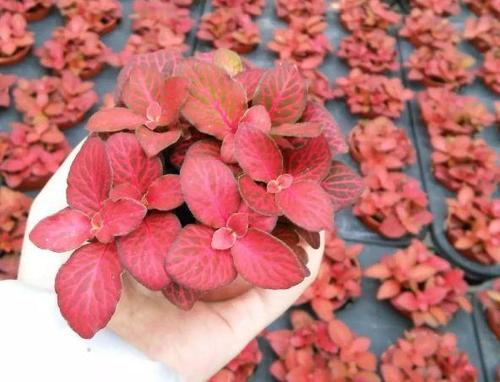 Although Fittonia Albivenis has no medicinal value, it can be placed indoors to effectively absorb harmful gases such as formaldehyde, benzene and carbon dioxide, improving indoor air quality and making the air more fresh. It can be placed on desks, balconies, windowsills and other places.

In fact, Fittonia Albivenis also plays a certain role in improving feng shui. It can effectively dissolve the indoor evil spirits, increase the humidity of the indoor air, give out a lot of oxygen, calm people's irritable mood, relieve the tense atmosphere, and is very suitable for the maintenance of potted plants. 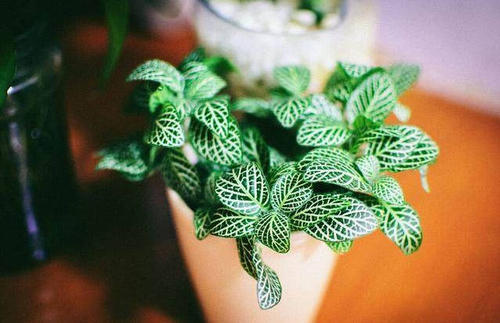 We can mix peat soil and rotten leaf soil to prepare Fittonia albivenis nutrient soil. At the same time, we also need to add an appropriate amount of river sand to improve its drainage. This plant is usually planted in summer. Cut its stolon with 3-4 stem nodes and air roots. After removing some leaves, plant them in a flower pot, and put Fittonia albivenis in the semi shade for maintenance.

If It is sunny, we'd better choose scattered light, and there must be no direct light. In summer, set up a shading net with a shading degree of 50% to 60%. In winter, we need plenty of sunshine, a little shade at noon, and auxiliary light should be provided when it rains or snows, so as to promote Fittonia albivenis to grow stronger and have more bright leaves. Fittonia albivenis is best planted in soil rich in humus. In the place where the stems and leaves grow densely, many stolon nodes will grow adventitious roots.

Fittonia albivenis likes places with high temperature, humidity and half shade, and is very sensitive to temperature. The temperature suitable for Fittonia albivenis to grow is 18 ℃ to 24 ℃. It is suitable to stay in wet places. During the growth period, it needs relatively high air humidity, especially in the hot and high-temperature season in summer, the evaporation of water is relatively large, and the air is easy to dry, In addition to watering, spray water on and around the leaves.

If the fertilizer contains more organic matter and humic acid, it can not only continuously produce the nutrients required for the growth of Fittonia albivenis, but also contain three elements that are very important to plants. Because Fittonia albivenis should ensure uniform fertilization, so that the flower stems and branches grow well, the leaves are thicker and the reticulate distribution is more uniform. This fertilizer is very suitable for Fittonia albivenis.

As long as we give Fittonia albivenis a suitable environment, its growth speed is very fast, and this advantage may become a worry, because it grows too crazy, resulting in the flower pots are crowded, which affects the beauty of plant shape and reduces the ornamental value to a certain extent. To solve this worry, Fittonia albivenis needs to be trimmed. How to trim Fittonia albivenis? During the growth period, we need to remove the top buds of Fittonia albivenis again. The method is the same as the above. It is also to cut off the new buds and leaves at the top, so as to control the plant growth height and effectively avoid the netted grass from growing too high. Fittonia albivenis is a pruning resistant plant. It can also carry out a variety of shapes. We can cut off some leaves according to our preferences. As long as we don't hurt the root and trunk, it will not affect the growth of Fittonia albivenis.

Before Fittonia albivenis repotting, we should prepare flowerpots with good air permeability, and select loose, breathable, well drained and fertile soil. When removing the pot, avoid damaging the root system of the plant, and move the pot only after pruning and disinfection. After that, we should keep the soil slightly moist, which is conducive to its adaptation to the new environment.
Fittonia albivenis repotting flowerpots, we'd better choose ceramic or tile pots with good air permeability. The soil needs to be loose, breathable, well drained and fertile. The prepared soil also needs to be exposed to the sun for disinfection.
Fittonia albivenis can loosen the basin soil first when removing the basin, so as to avoid damaging the root system of the plant. After removing the basin, the soil mass of the root system of the plant shall be retained, and then the rotten roots and residual roots shall be trimmed. Finally, carbendazim shall be used to disinfect the cut of the plant. After we dry Fittonia albivenis slightly, we can move the basin.

The common diseases of Fittonia albivenis mainly include leaf rot and root rot. The main causes of leaf rot and root rot are poor ventilation and poor drainage. Poor ventilation and poor drainage will lead to excessive humidity in the growth environment of Fittonia albivenis, or there is water in the basin, which will lead to rhizome rot. When root rot and leaf rot occur in Fittonia albivenis, drugs need to be used for treatment. Leaf rot can be sprayed by 1000 times of 25% carbendazim wettable powder. Root rot can soak the root with 1000 times of streptomycin, which can play the role of sterilization.
Fittonia albivenis is sometimes damaged by leaf blight and anthrax, causing lesions in the leaves of the plant and endangering the whole leaf or even the whole plant. It can be sprayed with 1000 times of 50% carbendazim wettable powder.
Generally, when there are pests in Fittonia albivenis, if the damage is light, the pests can be caught manually first. If there are many pests and the manual capture method is difficult to operate, safe killing methods can also be used, such as using some non chemical methods, using pepper water, garlic water and other insect repellents. In addition, we can also use chemical methods to repel insects, that is, spraying pesticides. It can be sprayed with 1000 times of 40% Omethoate EC, or special insecticides can be used to kill insects.
In addition to these diseases and pests, during the daily maintenance of Fittonia albivenis, attention should be paid to avoid too strong direct sunlight, which will burn the leaves and cause small holes, which will affect the viewing.

As for Fittonia albivenis propagation from cutting, we can cut down the stolon with the root as long as it is more than 10cm. We can directly carry out potting, and then put it in a semi shady environment. We can enter normal maintenance in about 1 to 2 weeks. Fittonia albivenis can carry out cutting all year under suitable temperature conditions. Cutting is the best when the temperature is relatively high from May to September. Cut the cuttings from the stolons that grow out of the basin. The length is about 10cm. Generally, there are 3 to 4 stem nodes. Remove the lower leaves and cut them in the sand bed after drying.
If the temperature of fittonia albivenis propagation from cutting is 24 ℃ to 30 ℃, roots can grow 7 to 14 days after cutting. If the temperature is very low, it is difficult for cuttings to grow roots. Most of them are planted in flower pots after cutting for 1 month. We'd better put Fittonia albivenis in the sandy soil rich in humus. It can also be prepared with 50% fine snake sawdust, 20% peat moss and 30% river sand. It can also be prepared with peat soil, rotten leaf soil and river sand. Fittonia albivenis must not damage the root system when cutting into the pot, and do not touch the root system when applying fertilizer, otherwise it will burn the root.

Fittonia albivenis propagation from division can also be used for this plant. There are dense stolons at the bottom of the plant. We can dig out Fittonia albivenis, remove the soil on the roots, cut the roots by hand, plant them on wet soil and move them to a cool place for maintenance. After about half a month, Fittonia albivenis will grow new leaves.

Because Fittonia Albivenis itself is very small and exquisite, it looks very cute. In addition, the lines on its leaves are very clear, which makes the whole plant look like an exquisite handicraft. Therefore, in life, many people will buy Fittonia albivenis and put it on the windowsill or desk. Some more exquisite friends will also make it into a hanging basin to decorate their home. In short, among a number of small plants, reticulated grass is very ornamental.
Fittonia albivenis doesn't only have the effect of purifying the air, but most plants actually have this function. Otherwise, no one will be willing to spend time and energy planting all kinds of plants at home. Of course, it can't be generalized. Some people just like to mess with small plants. Fittonia albivenis is is especially suitable to be placed in the newly decorated house to absorb and purify some toxic gases brought by decoration, so as to achieve the effect of purifying the air.
Fittonia albivenis is a very shade-tolerant plant, so it can not only increase the humidity in the air, but also produce oxygen to mediate emotions and alleviate the depression, tension and even fatigue caused by long-term work.

The Propagation methods and precautions of Fittonia albivenis

How often is Fittonia Albivenis watered

How does Fittonia Albivenis explode the pot

What soil is used to propagate Fittonia Albivenis

Can Fittonia Albivenis be hydroponically cultivated