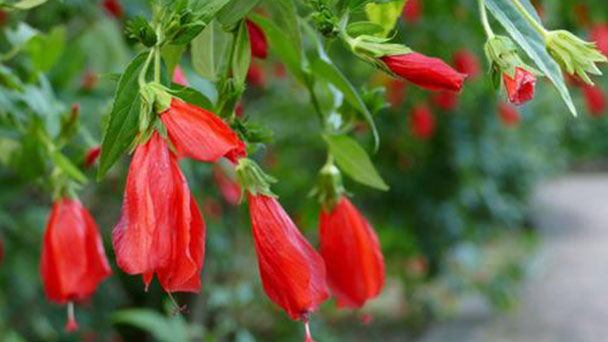 Wax mallow, scientific name Malvaviscus,  is a small evergreen shrub with bright red flowers that are very abundant and beautiful. Wax mallow is native to Mexico to Peru and Brazil and is now found in tropical and subtropical regions around the world. 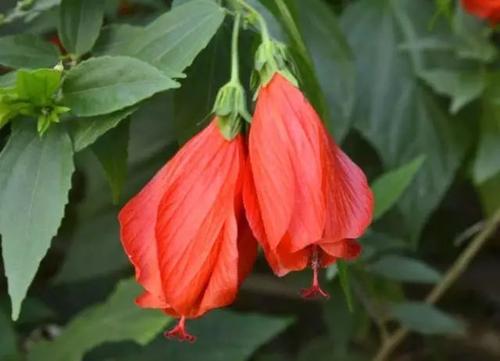 Wax mallow (Malvaviscus) is a small evergreen shrub, 30-60cm tall, with abundant flowers throughout the year.Leaves alternate, ovate or ovate rectangular, simple, sometimes lobed, leaf shape more variable, leaves mask stellate hairs. Flowers are red, usually solitary in upper leaf axils, pendulous, corolla funnel-shaped, 5 -- 6 cm long, five petals slightly left-rotated to roll, not spreading, style slightly longer than corolla. Corolla is 3-5 times longer than calyx, involucract bracteoles spatulate, ca. As long as calyx. Petals are with prominent auriculares at base, stamens aggregated into columns, longer than petals, petals only slightly spread distally, barely fruitless. wax mallow is a bright red Flower with orange red and odd red veins. It blooms throughout the year in the tropics, from September to late December. Wax mallow can be described as a non-flowering hibiscus, but in fact, rather than saying that it does not flower, its petals do not open. To judge whether it is flowering, just look at whether the stamens out of the corolla, the stamens out of the corolla, until the stamens wilting before it is in bloom. Wax mallow blooms year-round. The orange flowers have delicious nectar and are sweet. The most distinctive is that its petals are not opened, only stamens and pistils out of the petals, the whole flower is like a girl with shame wrapped tightly in a red robe. The pistil splits into small, sticky stigmas that, when the wind blows, carry pollen to the stigmas and do their job. Flowers' peculiar appearance, bright red petal spiral volume, pistil elongated protruding petal outside, looks like a bud, some people called it "never open flowers". Wax mallow looks like a wind chime and is very beautiful. It is a rare pot plant.

Wax mallow (Malvaviscus) is native to Mexico, Peru and Brazil, and is found in tropical and subtropical areas of the world, including large areas of southern China.Small evergreen shrubs. In Asia and Africa, tropical and subtropical are often uncultivated, and in southern China, they are often cultivated in courtyards. Wax mallow is not strict with soil, has good moisture resistance, and flowers all year round, but the number of winter flowers is small. Wax mallow is hardy and likes high temperature, humidity and sufficient sunlight. It is heat resistant, drought resistant, poor, cold frost resistant, moisture resistant, slightly shade resistant, waterlogging resistant, and fast growing. It is suitable to grow in fertile, loose and well-drained slightly acidic soil, winter temperature is not lower than 8℃. In summer, keep the soil wet, see more sunshine, but to prevent the sun exposure. Wax mallow is resistant to pruning, smoke and harmful gases. It can be used for greening the polluted areas of factories and mines.

Propagation mainly by cutting, but also grafting or high pressure methods. Cutting can be in summer, fall season cut strong, substantial semi-lignified shoots 10-15 cm long, inserted in the sand bed, kept wet, generally 20-25 days after the insertion can take root. Production mainly with cottage seedling propagation. In cutting season, in addition to the winter low temperature is not suitable, spring, summer and autumn three seasons can be carried out, but in 3 to May the most suitable, at this time cutting seedlings, the next year can be colonized. Both old twigs and young twigs can be used as propagation materials, but the percentage of seedling formation is the highest in 1-2 year old twigs. Cut into about 10 cm long, without any treatment, cut that is inserted into the sand bed or vermiculite bed, often moisturizing, about 1 month can hair leaves hair root, general survival rate can reach more than 80%. When the cuttings hair roots 3~5, the root length is about 3 centimeters, and it can be moved into the nursery planting. Pay attention to watering moisturizing, according to the conventional seedling management, the next year can be out of the nursery.

Every spring change pot, add rot soil, pot soil appropriate with rich humus fertile, loose and good drainage of the slightly acidic sandy soil. Adequate sunshine, plant growth faster, more dense stems and leaves, flowering is more;  place flowering is bad, knot bud is easy to fall off, or the flower becomes small, the design and color is dim. Watering to avoid pouring to the petals, so as not to produce white spots.  cultivation, when branches are rare, the branches should be pruned to make multiple lateral branches, and long, disorderly branches, weak branches and sick branches should be cut to promote the growth of new branches, so as to achieve the purpose of more germination and branches and more flowering. Adult plants are regularly pruned and pruned once a year in spring. The aging plants need to be strongly pruned to promote dense branches and leaves. Cutting directly in the hedgerow, the root can grow. Use 20cm pot for potting, 1 plant for each pot.Planting row spacing of flower beds and hedges is 25*30cm.Growing period every half a month fertilizes 1 time. In summer soil to keep wet, see more sunshine, but to prevent scorching sun exposure, sooner or later in the foliar spray. In autumn the weather turns cool, we should move it into the room, stop fertilization, control watering, and maintain ventilation. 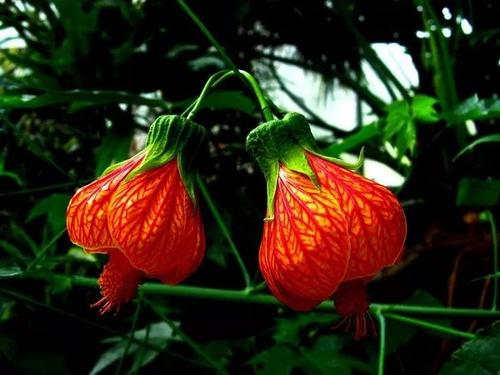 In late autumn or early spring, remove dead branches and deciduous and timely cut off diseased branches, leaf burning; Before the onset, spray 65% of the Zinc WP 600 times liquid protection; Reasonably fertilizer and water, pay attention to ventilation and light; Spray 50% carbendazim, or 50% tobutin 500- 600 times the liquid, or 75% chlorothalonil 600- 800 times the liquid.

Wax mallow (Malvaviscus) is a beautiful and never spreading plant that is easy to grow and valuable as an ornamental. Wax mallow is a small evergreen shrub with adaptable bright red flowers and unusual flowers that bloom throughout the year in the tropics. It is not only suitable for planting garden, green land and street trees, but also can be planted for flower border, flower hedge or natural planting, and can also be cut into shape and potted ornamental.In Nanjing area often with potted indoor ornamental. Wax mallow has a long flowering period and is suitable for tropical and subtropical landscaping. In temperate and subtropical north, it can be greenhouse potted ornamental. Most valuable of all, it can be used for greening the polluted areas of factories and mines.

The main value of Wax mallow

Wax mallow (Malvaviscus) has the function of absorbing soot and purifying harmful gases. It can be used for greening the polluted areas of factories and mines. 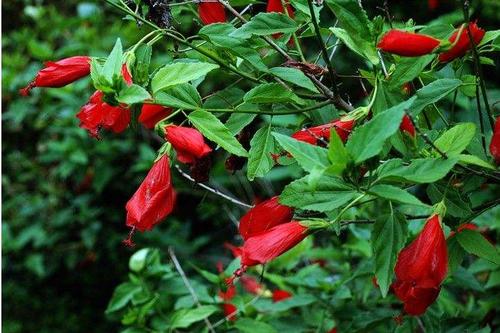