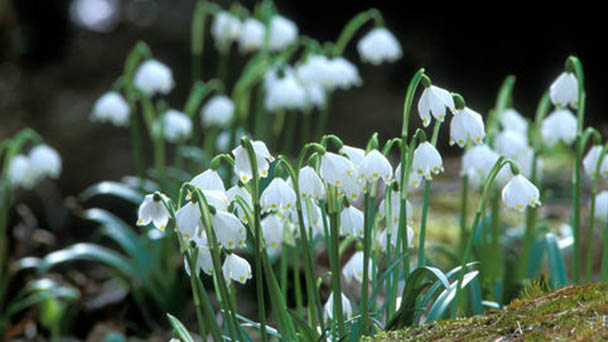 Snowdrop, scientific name Galanthus nivalis Linn, the name first appeared in 17th century German documents, when a newly popular teardrop-shaped earring was similar in shape to the flower, rather than being named after the flower that bloomed in snowy weather. Snowdrop bushes are low and luxurant, braving the cold of spring to bloom proudly. Snowdrop is suitable for half shade forest or lawn in the bush, and suitable for flower and rock garden ornament, and can also be potted for indoor decoration or cut flowers.

Snowdrop is also known as snowbell or lily of the valley daffodil. There are only two kinds of Snowdrop and summer Snowdrop.Snowdrop early spring from late March to April. 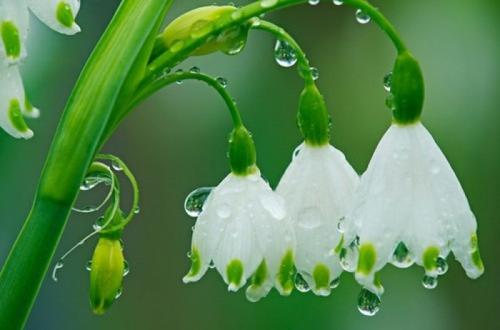 Snowdrop (Galanthus nivalis Linn) is native to central Europe and the Caucasus and has been cultivated in many countries. It has strong adaptability and cold resistance, and can overwinter on the ground in the middle and lower reaches of the Yangtze River in China.

Snowdrops like cool and humid environments. It grows well in the soil with rich humus. It has a certain negative tolerance and can grow in either sunny or semi-shady areas.

The ecology of Snowdrop

Snowdrops like cool and humid environments. It grows well in the soil with rich humus. It has a certain negative tolerance and can grow in either sunny or semi-shady areas.

Apply sufficient basal fertilizer before planting Snowdrop on the open ground, and a small amount of bone meal may be added. Snowdrop germinates in early spring, flowers in March and April, and then its bulbs go dormant in the soil.

Snowdrop is mainly propagated by dividing bulbs, which can be carried out during the dormant period of bulbs from September to October. After digging out the cue ball, take off the sprouted new ball next to it and plant it separately. The new ball is planted at a depth of 5 cm, and can be dug out after a 3-4 year interval. If the bulb is not planted immediately, it should be buried in the wet sand for temporary storage. The humidity of the sand should be "held in a group by hand and scattered at a touch". The optimal storage temperature for bulbs is 15℃. 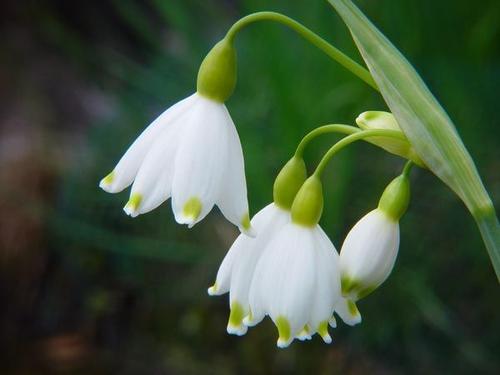 The cultivation technique of Snowdrop

Snowdrop likes the dry air environment, and it is too long in overcast and rainy days, so it is easy to be infected by germs. Avoid rain and keep the leaves dry at night. The optimum air relative humidity is 40 ~ 65%.

Snowdrop likes the cold climate, afraid of the heat, and it is difficult to spend the summer; It is not frost resistant and will go into hibernation when the temperature drops below 10 °C. The optimum growth temperature is 15 ~ 28℃.

In late autumn, winter, and early spring three seasons, because the temperature is not very high, it is necessary to give direct sunlight, in order to facilitate its photosynthesis and the formation of flower buds, flowering, fruiting. If it is in hot weather or in summer, it needs to be shaded from the sun by about 50%. Indoor conservation and appreciation are put in after flowering, it should be put in the southeast to the door and window nearby, in order to extend flowering period and increase flowering amount as far as possible.

Snowdrop's delicate and elegant foliage, with its small white flowers hanging, is very attractive. Its plant shape is low and shade tolerant, the most suitable for planting in the Garden rockery or in the lawn on the natural cluster planting. Some large-flowered varieties can also be potted for indoor furnishings or as cut flowers. 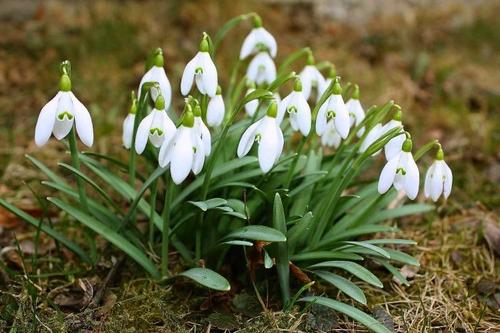 How to grow and care for Snowdrop