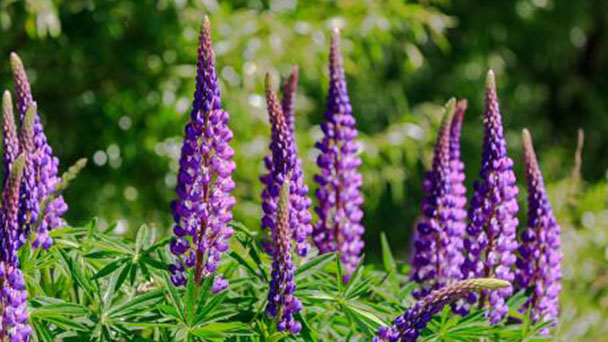 Smallflower Lupine is a perennial herb, 20-70 cm tall. Stem is ascending or erect, basically branched, and the whole plant is covered with brown or rust-colored bristles.

Stem is ascending or erect, basically branched, and the whole plant is covered with brown or rust-colored bristles.

The fruit inflorescence axis is thickened, but the length was not beyond compound leaf. Pods are oblong-linear, 2.5-5 cm long, 0.8-1.2 cm wide, densely brown bristles, apex with a short bill of inferior dactyls, interseed nodes lenticular; There are 3 to 4 seeds. Seeds are ovate, flat, yellow, with brown or red markings, smooth. Flowering period is from March to May, fruiting period from April to July.

Smallflower Lupine has well-developed roots, is drought-tolerant, is best suited to sandy soils, and has a strong ability to utilize insoluble phosphorus from phosphate.

It can still grow in rainy, waterlogged areas and other acidic soils where plants are difficult to grow; But calcareous soils or poor drainage often lead to poor growth. Smallflower Lupine can endure the temperature of 0℃, but the temperature is lower than -4℃ when frozen to death; Extreme summer heat also inhibits growth.

The distribution region of Smallflower Lupine

Smallflower Lupine is an annual wild type found in Italy, Spain and other countries in the Mediterranean region, the Soviet Union, the Netherlands, Belgium, the United States and others. 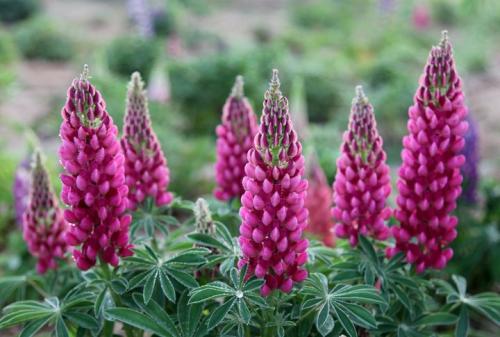 The seedling stage of Smallflower Lupine lasted for 30 to 35 days, and the seedlings were transplanted and planted after the true leaves were fully unfolded. The root system of lupine is well developed, and the original soil is retained when transplanting to promote slow seedling. Before transplanting, depending on the growth situation, the pot should be changed once or twice. The best selection of the pot is the high bucket basin, so as to meet the growth demand of the root system and determine the reasonable planting and placing density. For autumn planting, the corresponding cold prevention measures should be taken during the winter. The temperature should be above 5℃ to avoid freezing damage to the leaves and affect the nutritional growth and ornamental effect in the early stage.

Smallflower Lupine likes to be cool and is a perennial. Therefore, special attention should be paid to the management of Smallflower Lupine during summer heat to prevent yellowing of leaves, stunting and even death caused by high humidity and sun exposure.

In garden application, Smallflower Lupine in flowering period can also be directly planted in the forest under the trees, a cool and ventilated place, convenient for summer management. Potted ornamental, to timely cut off the residual flower ear and old leaves, control fertilizer and water, do a good job in high temperature shading protection work, to ensure safety over the summer.

The propagation of Smallflower Lupine

Sowing propagation was carried out in autumn and germinated regularly at a high temperature of 21-30 °C.In the production of Smallflower Lupine, sowing propagation can be done in spring and autumn, and spring sowing can be done in March. However, the long-term growth of Smallflower Lupine after spring sowing is in summer, which is affected by high temperature and heat. It can lead to some varieties not flowering or the proportion of flowering plants is low, the flower spike is short, and the ornamental effect is poor. Under natural conditions, autumn sowing flowers earlier and grows better than spring sowing. It is sown from September to mid-October, and the flowering period is from April to June the next year. Sow and cover 72 or 128 well dishes on demand. Seedling soil should be loose and uniform, breathable and water preservation, special seedling soil or peat soil, perlite mixed use is good. Seeds are large, common or coated, about 40 / g. The suitable temperature for germination is about 25℃, to ensure that the medium is moist, 7 ~ 10 days for seeds to emerge and germinate, and the germination rate is high.

Cuttage propagation in the spring cut rhizoma germination branches, cut into 8-10cm, it is best to take some rhizoma, cutting in the cold bed. In hot and rainy summer areas, lupine often cannot die over summer, so it can be biennial cultivation. It should be planted in the cultivation ground in early spring, with a plant distance of 40cm, planted early and early, and flowering and seed early. Before summer, the aboveground part wilts after fruiting, and the new plant germinates in autumn, or the seeds are harvested before wilting.

Smallflower Lupine, a dwarf variety with well-arranged plants and flourishing leaves, has broadened the marketing scope of Lupine, which has the opportunity to enter ordinary families. Coupled with the special meaning given to it, people will love it doubly.

2. Use of flower arrangement

The abundant plant materials of Smallflower Lupine have always been the important materials for the creation of flower artists. With the increasing planting amount of Lupine, its use value as cut flowers has been gradually noticed and discovered by people, realizing the cultivation and production of cut flowers.

Stems and leaves are mainly used for green feeding and grazing, but also make good silage, good forage for pigs and dairy cattle. Seeds are a high-protein concentrate and are used as green manure and cover crops, as well as a nectar source and ornamental plant.

Smallflower Lupine has special plant forms and rich inflorescence colors, which is a rare configuration material for garden plants. It can be used as flower background and riverside clumps and patches on the edge of forest, which will give people an exotic and unique visual enjoyment. It is more and more accepted and respected by professionals. 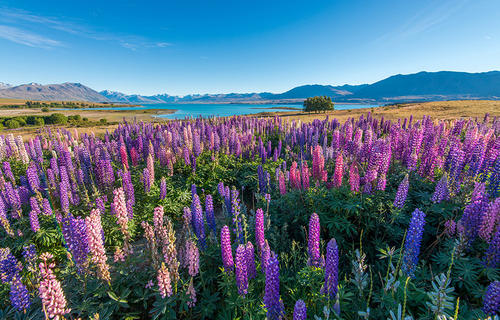